Five years ago, engineers at Icelandic Deep Drilling Project, IDDP witnessed a bizarre site while drilling a borehole in Krafla, Northeast Iceland. At 2100m they had accidently hit Earth’s magma chambers, intruding into the planet’s upper crust from below at searing temperatures of 900 to 1000 Celsius that generated super-hot vents of stems. The magma-heated steam that was discovered was capable of generating 36MW of electrical power compared to 660MW of power generated by coal-fired power station. 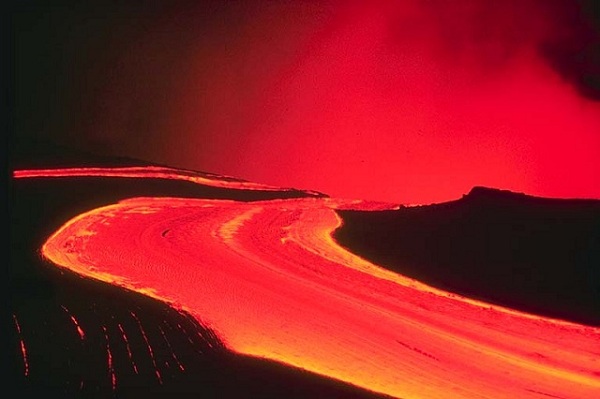 In a special report published this month, researchers have confirmed that molten lava could lead to a revolution in the energy efficiency of high-temperature geothermal projects in the future. Volcanic regions like Iceland in most cases are suddenly activated by movements in the Earths tens of kilometers below that fills chambers above with magma.

The borehole at Krafla, IDDP-1 is one of the first in a series of wells drilled by the IDDP set in Iceland for usable geothermal resources. Normally geothermal energy is generated by pumping water in heated ground such as a hot reservoir which has natural steam at depths between 4-5 kms, the molecules hold huge amount of energy. Such heated grounds are subjected to boiling and there by using steam to generate electricity – a process very sporadic and tough.   The accidental discovery over five years ago happened when a borehole was set up to deliver steam directly into the Krafla power plant due to a failed valve.

Iceland relies on geothermal power for two-third of its energy. Currently 90% of homes in Iceland are heated by geothermal power which is both renewable and sustainable. Unlike solar power and wind, geothermal power has the potential to be harnessed 24hours a day, 7 days a week.

The IDDP plans to drill another borehole in the Reykjavik, Peninsula in the southwest of the country. A joint initiative has been undertaken between The Icelandic National Power Company for the next drilling. Iceland is currently home to 30 volcanoes, 13 of which have been erupted since human inhabitants arrived. A previous case similar to the one that happened in Krafla had occurred in Hawaii in 2007, but was sealed in concrete.

IDDP’s success is potentially a huge breakthrough in the future of renewable energy. There are numerous apprehensions about the ability to securely drill numerous holes in the planet and to be able to draw energy without disturbing the system.