Cloud is now 37% of IBM’s overall revenue. IBM says that only Amazon and Microsoft have higher reported cloud revenue than IBM.

IBM Q4 earnings results were a mixed bag of better than expected profits, but lighter revenue, reflecting the troubled times that world economies are facing.

For the fourth quarter, IBM reported revenue of $20.4 billion, down 6% and below the Wall Street analyst forecast of $20.6 billion. Non-GAAP profits were $2.07 a share, ahead of the Street consensus of $1.79 a share. On a GAAP basis, the company earned $1.41 a share, taking the $2 billion in restructuring costs into account.

IBM Chief financial officer Jim Kavanaugh said in an interview with Barron’s that the company’s revenue was little below expectations due to continued economic uncertainty, but that earnings per share came in above normal as the company cut costs and reduced debt. 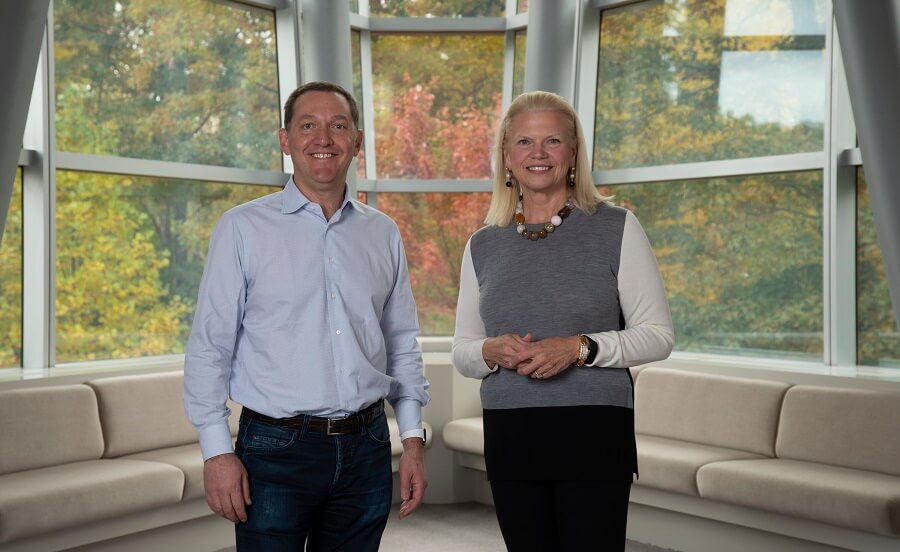 The company reduced its debt to $61.4 billion from $73 billion following the completion of the Red Hat acquisition. Kavanaugh said that IBM has $7 billion in debt maturing in 2021 and the company will further try to bring the total down to the mid-$50 billion range by end of this year.

“We made progress in 2020 growing our hybrid cloud platform as the foundation for our clients’ digital transformations while dealing with the broader uncertainty of the macro environment,” CEO Arvind Krishna said in a statement. “The actions we are taking to focus on hybrid cloud and AI will take hold, giving us confidence we can achieve revenue growth in 2021.”

The stock was down 7% in after-hours trading Thursday.

IBM’s earnings: A promising start in 2021

The New York-based information technology giant said that it expects this year’s revenue to show better growth than 2020. The company projects full-year 2021 adjusted cash flow between $11 billion and $12 billion, up from $10.8 billion in 2020, and between $12 billion and $13 billion in 2022. IBM didn’t provide detailed full-year revenue or profit guidance, nor any quarterly guidance as is its stander practice.

Cloud is now 37% of IBM’s overall revenue. IBM says that only Amazon and Microsoft have higher reported cloud revenue than IBM.

IBM is planning to spin off its $19 billion managed-infrastructure services business, which is expected to be completed by the end of the year.

For the full year, total cloud revenue was $25 billion, up 20%. Cloud is now 37% of IBM’s overall revenue. IBM says that only Amazon and Microsoft have higher reported cloud revenue than IBM.

“In 2020 we increased investment in our business across R&D and CAPEX, and since October, announced the acquisition of seven companies focused on hybrid cloud and AI,” said Kavanaugh. “With solid cash generation, steadily expanding gross profit margins, disciplined financial management and ample liquidity, we are well-positioned for success as the leading hybrid cloud platform company.”

Full-year results reflect transaction-related impacts associated with the Red Hat acquisition, which closed in July 2019 and the impact of the $2.04 billion pre-tax charges for structural actions in the fourth quarter.