IBM acquires SoftLayer as it aims to stabilize its cloud portfolio 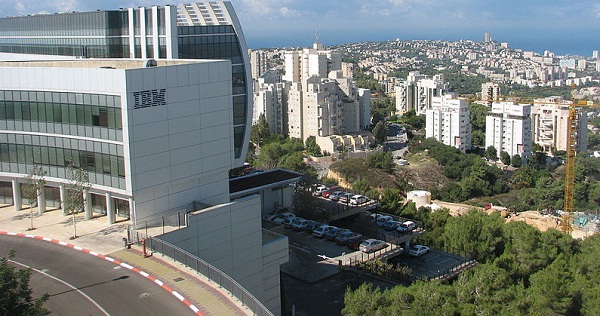 In what many see as the backlash of poor performing in the first quarter and quick strategy to greater growth, International Business Machines Corp. (IBM) looks to sell-off its low-end server business. Interestingly, the most likely buyer could be Lenovo Group Ltd, the same Chinese company to which IBM had sold, in a game-changing move,  PC business back in 2004.

The expected low-end servers are the x86 and are expected to fetch $4.9 billion. IBM Corp.‘s entire server business earned nearly $15.5 billion through sales in 2012.

IBM – global index for IT industry

IBM Corp. has been the benchmark in the Information Technology industry for a long time. By far, the first adopter of technology in software, hardware or server verticals, IBM’s indices have often reflected the general trend within the industry. Now, its dismal performance in the first quarter and its strategy to divest its low-end server business could well indicate a change in this vertical as well.

Lenovo Group Ltd, though a small player in the global context, has slowly but steadily been building its portfolio since its ascendancy in the global IT market across most segments. While it took-off from where IBM had left – a reputation for high-performing PC hardware and a strong market presence – Lenovo Group Ltd is currently exposing itself to various market risks to consolidate its position in the server business as well.

It has already forayed into the server business through a strategic partnership with another data-storage major EMC, which is based in the US. Under this partnership, Lenovo Group Ltd will establish its presence in servers and network storage through jointly development and sales.

Lenovo CEO Yang Yuanqing has underlined that the company is currently targeting its domestic market and is aiming to become the biggest server provider in China before venturing into global market. The findings of a survey by Gartner indicated that the company recorded $360 million in x86 global sales over its $154 million in 2010.

The x86server was one of IBM Corp.’s highest sold servers, but the market trends are often are volatile  and the server  is currently a low-profit product. In 2012, the low-end server market was divided between HP Co., Dell Inc. and IBM Corp. by order of highest sales. A survey on the market share by revenue by Gartner  demonstrated that IBM Corp. recorded a 15 percent  market share, which was far lower than the 16.4 percent it noted in 2011, while HP witnessed a drop from  a 35 percent market share to 32.4 percent  and Dell too slid to 21.4 percent from 21.8 percent.

With new CEO Virginia Rometty in place, IBM Corp. is expected to continue its often repeated strategy of exiting a crowded product segment and maintain high-profit margins. This was the strategy deployed when IBM exited the PC market in 2004 allowing Lenovo to enter global market places.

If the asset-sale should go through, this would be the first of many that the new CEO would conclude, while on the way to ensure IBM continues to be the trend setter and technology adopter in the industry.