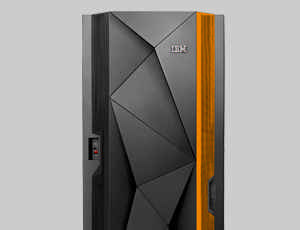 IBM on Monday launched a line of Linux-only mainframe aimed at both ends of the enterprise market and committed to bring much more to the open source community.

The new mainframe is led by two servers called LinuxONE that is known as the world’s most advanced Linux system and owns the fastest processor in the industry in order to manage the new application economy and hybrid cloud era. The severs include the LinuxOne Emperor for large enterprises and the Rockhopper is said to be beneficial for the for midsize businesses.

IBM’s latest open strategy for the mainframe will see the company offer Linux-only systems for the first time, along with a portfolio of open source tools, of which many of them are already the most established options for new and emerging applications around big data and analytics.

The latest Linux One Empire system is based on IBM z13 and is specially designed for very high-volume mobile transactions. It can scale up to 8,000 virtual machines and thousands of containers simultaneously offering the security and advanced encryption features needed by enterprises both now and in the future, while the LinuxONE Rockhopper is said to be an entry-level system and is based on the slightly older zBC12 hardware. The offering is geared towards clients that want the speed, security and availability benefits of the mainframe but in a smaller package.

According to IBM, it has now included the kernel-based virtual machine (KVM) hypervisor as an option for operating virtual machines, alongside IBM’s own z/VM and logical partitions through PR/SM.

In terms of other software, the LinuxOne system will work with the open source community to offer a variety of tools on LinuxONE, including Maria, Apache Spark, Chef, Node.js, MongoDB, PostgreSQL and Posture.

Previously, IBM’s z Systems have had the support of Red Hat and Suse for running Linux. Now in order to distribute its Ubuntu open source software on LinuxONE and z systems, IBM has entered into a deal with UK-based Canonical Ltd, bringing a third Linux distribution option.

As part of the Linux Foundation’s Open Mainframe Project, IBM is also contributing some 500,000 lines of code from its mainframe software to the community in order to help open up the platform and drive innovation. This also includes code related to IT predictive analytics that constantly monitor for unusual system behaviour to stop issues becoming failures.

The LinuxONE Developer Cloud has also been created to act as a virtual R&D engine for developing, testing and piloting of emerging applications such as links to engagement systems, mobile apps and hybrid cloud apps.

New York-based IBM has mostly depended on sales of the mainframe, to improve its hardware revenue that dived 32 percent in the last quarter, or a 5 percent gain after offsetting the impact from the currency exchange. The company said it will soon release mainframe code to public and will join a new brigade of academic, corporate and government entities in that Open Mainframe Project.

Anna Domanska
Anna Domanska is an Industry Leaders Magazine author possessing wide-range of knowledge for Business News. She is an avid reader and writer of Business and CEO Magazines and a rigorous follower of Business Leaders.
« iRobot Gets U.S. Regulatory Approval to Build a Robotic Lawn Mower
Google’s Project Sunroof Estimates Savings from Solar Power »
Leave a Comment
Close