Stake in American Airlines under Consideration by IAG 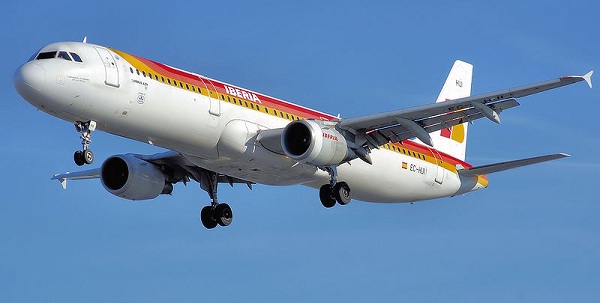 On the 28th of February, International Airlines Group informed that it reported a net loss worth €943 million after battling through restructuring charges from its Spanish division Iberia.  In addition, the company is planning to downsize its workforce by 3,800 people at its Iberia division in order to reduce costs.

International Consolidated Airlines Group SA, Europe’s third largest carrier, posted an annual net loss worth €943 after it suffered hefty restructuring and impairment charges from its Iberia division. The company released a result statement on the 28th of February stating that the pre-tax profit amounted to nearly €997 million, compared to a pre-tax profit of €540 million a year earlier. The operating loss of the British-Spanish multinational airline holding company for the year 2012 was approximately €23 million while it achieved a €485 million annual pre-tax profit in 2011. Operating expenses, which occurred from current on-going projects, were €883 million compared to a €582 million profit made in 2011.

Despite an annual loss, IAG witnessed an increase in revenues for the year 2012. Revenues for the year 2012 approximately advanced almost 11 percent to slightly over than €18 billion. However, an unexpected fuel charge and heavy restructuring charges pushed the company into a loss. IAG saw its fuel costs soar as much as 20 percent to slightly more than €6 billion. With a slump in sales at its Iberia division, IAG paid restructuring charges worth €343 million which largely contributed to the €943 million annual loss of 2012.  Willie Walsh, chief executive officer at International Airlines Group, underlined the worsening situation of Iberia and stated: “We have embarked on a significant transformation programme in Iberia and these results emphasize further that the airline must adapt to survive.”

According to statement released by IAG, the company is planning to downsize its workforce by 3,800 people as a part of its restructuring plan. In November 2012, however, the company intended to cut as many as 4,500 jobs. The 20 percent increase in fuel charges has forced the company to downsize and resort to profitable fleets only. Moreover, IAG is also expected to reduce its carrier size by 25 aircrafts. IAG is facing fierce competition from low-cost airlines and high-speed trains while hefty impairment costs and increase in fuel costs made a significant impact on its annual results. The company had been engaged in restructuring negotiations with Iberia and its trade unions for the past three months, yet they remained inactive and not-so-effective until IAG decided to reduce its capacity by 15 percent and downsize 3,800 workers in the face of a sluggish economic backdrop.

IAG witnessed an increase in its share price by nearly 6.8 percent to 236.7 pence in after-hours trading on the 28th of February. Stock was valued at €4.4 billion and increased as much as 26 percent since 2011. The company expects its operating profit for 2013 to be higher than the profit noted in 2011. Deliveries due to Dreamliner would be delayed as IAG is fixing a problem of faulty batteries.