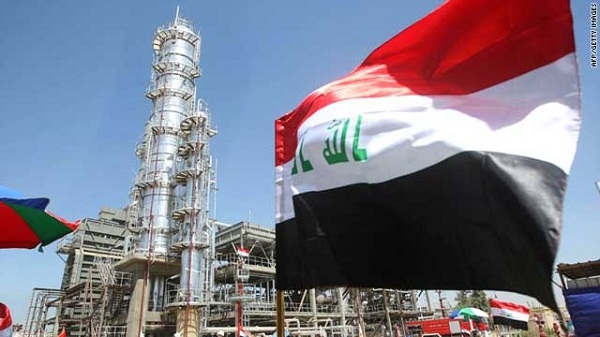 Iraq's oil production to double by 2020

The International Energy Agency informed on the 9th of October that Iraq’s oil output would probably double in the next decade. In addition, Iraq will not only supply approximately half the growth in the global oil output but it will also be a key driver of crude prices as well. However delays to investment could lead to shrinking of global oil market and push crude prices much higher.

The International Energy Agency published its Iraq Energy Outlook on the 9th of October, in which the organization stated that Iraq’s oil output would reach approximately 6.1 million barrels a day by 2020 under its central scenario. According to Iraq Energy Outlook, Iraq’s oil production could even grow to roughly 8.3 million barrels a day by 2035.

The increase in Iraq’s oil production would make the country the largest supplier to the growth in the global oil supply, accounting for as much as 45 percent of new supplies. Iraq is expected to surpass Russia and therefore become the world’s second-largest oil supplier by 2030, according to Iraq Energy Outlook.

The International Energy Agency highlighted that Iraq had already signed contracts to produce even more than organization’s estimates, 9 million barrels a day by 2020. But it is highly possible that the investment would suffer from delays related to political instability, in­adequate infrastructure and even lack of skilled workforce. The risk of Iraq’s oil output growing more slowly than expected by contracting parties is very high.

According to Iraq Energy Outlook, the biggest increase in Iraq’s oil production would come from fields located near Basra. However also substantial amount of Iraq’s oil output is expected to come from Kurdistan, where regional government has already signed contracts for oil exploration.

Iraq’s oil output had been suffering years of stagnation due to wars and sanction. The situation began to change slowly in 2010 when the government secured contracts with big names in the oil industry such as BP Plc, Exxon Mobil and Royal Dutch Shell.

According to data, Iraq’s oil production has surpassed approximately 3 million barrels per day for the first time in three decades. In 2012 Iraq became the second largest producer in the in the Organization of the Petroleum Exporting Countries (OPEC) just right behind Saudi Arabia, after overtaking Iran.

Yet there are some risks and challenges that Iraq will have to face. Fatih Birol, chief economist at the International Energy Agency, noted that part of the purpose of Iraq Energy Outlook was “to show the Iraqis and the rest of the world of the consequences of the failure of Iraq to increase production. It is not only a question of Iraq and its 30 million inhabitants . . . but to show the world what it means for Iraq to be failing.” Iraq will be not only an important regional player, but also a global player especially when it comes to global oil production.

The International Energy Agency’s estimates say that Iraq’s average annual revenue from energy export would be around $200 billion by 2035. The economy of Iraq will be as large as the economy of Saudi Arabia.

However disputes between Iraq’s central and regional governments on oil contracts are great risks for the economy.  Iraq needs to ensure water supply and build export facilities to expand possibilities of its oil production.

Bayer AG is in talks to buy Vividion Therapeutics in a roughly $2 billion deal, enforcing new IPO plans for Vividion.
8 hours ago

Auto Industry Leaders push EV plans ahead to raise new outcomes by 2030. Environmentalists also add to the bar by shaking things with vehicle emission rules by 2026.
11 hours ago