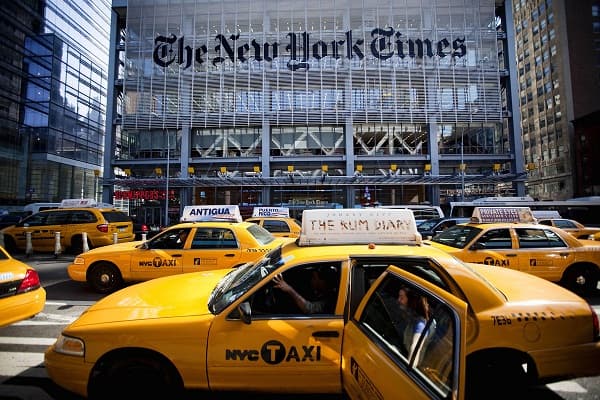 Barry Diller’s IAC/InterActiveCorp has informed that the company is buying the About Group from The New York Times. It agreed to pay $300 million in cash. The purchase of the About Group will help the company expand its Ask.com informational- website business.

The purchase of the About Group is the latest one for Barry Diller who has been building his company out of collection of firms such as Match.com, Newsweek and The Daily Beast. In making his bid, he surpassed the Answer.com’s offer of $270 million.

The purchase of the About Group

The sale of the About Group is considered a sign of the end of the New York Times digital strategy in the shape which it had been known up to date. The About Group was acquired for $410 million by the publisher of the New York Times in 2005. The site had been profitable for a couple of years; however recent declines in traffic and advertising revenues resulted in a drop in the business.

As it was stated by Arthur Sulzberger Jr., the chairman of Times Co., “About.com has been a strong contributor to our company since its acquisition in 2005.” He added that the company’s expertise in search engine optimization, expert content as well as revenues and display advertising was an important asset to the portfolio. However he strongly believed that the sale of the About Group would let Times Co. focus more on its development and growth on local, national and global level.

Accordingly, in the second quarter the New York Times took a $195 million writedown on the group. About Group’s revenues fell 8.7 percent, to $25.4 million. The site had 52.3 million unique US visitors in June, which means a drop of 16.4 percent from January.

However, only two weeks ago Answers.com was convinced that it would be a future buyer of the About Group. A preliminary agreement was reached to buy the group for $270 million. Yet IAC won out over Answers.com.

The deal is said to be finalized in several weeks. The purchase of the About Group, which includes About.com, ConsumerSearch.com and CalorieCount.com and operates nearly 1,000 topic sites, is aimed at fortifying the presence of IAC in how-to web search. IAC wants to combine the About Group with Ask.com search engine. According to Greg Blatt, chief executive at IAC, that this move will improve an About Group’s profit. Blatt is convinced that the both About.com and Ask.com will complete each other so that they will be more attractive to consumers and advertisers as well.

The sale of the About Group, which is expected to be closed in several weeks, continues the changes in The Times to refocus on its core newspaper and Web site operations. Times Company had already sold off the remains of its stake in the Fenway Sports Group, in May. In addition, in January the company got rid of its regional newspaper group Halifax Media Holdings which was sold for $143 million.

Times Co. wants to focus mainly on its flagship paper, the Boston Globe and Herald Tribune as well. Last year roughly 16 regional papers were sold by Times Co. Those sales not only help refocus on the most important components of the company, but also help the publisher strengthen the company’s balance sheet.