‘I BENT MY WOOKIEE’: Frinkiac, the Simpsons Visual Search Engine

‘Let us all get drunk and play ping-pong!’- The Simpsons

Frinkiac– is the Simpsons visual search engine, which is built with a comprehensive database of almost 3M Simpsons screencaps. 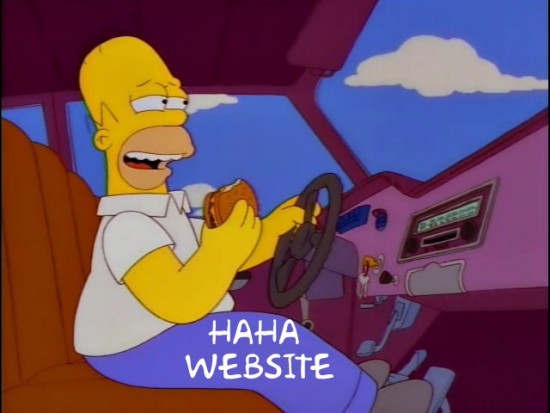 Frinkiac- the Simpsons screenshot machine is the most advanced search engine in the world, which is dedicated to finding nothing, but the Simpsons quotes.

The search engine is a creation by entrepreneurs Allie Young, Sean Schulte, and Paul Kehrer.

Sean Schulte explained the idea of this creation as, “We had the idea several years ago when we were quoting The Simpsons at each other all day long, and it was surprisingly difficult to find an image of the scenes we were quoting on Google, the majority of the code was written in about a week, to parse the video files and upload them to the server and index them and searches them.”

The Simpsons visual search engine generates the Simpsons screencaps by taking the entered quote and locating the exact quote in the episode.

Frinkiac actually analyzes the entire set of episodes for generating the screen grabs. It attempts to evaluate the relevant screens in order to capture the quotes in a pretty naïve way.

The Simpsons screencaps are generated by cropping the scene into a total number of 100 similar buckets.

The Simpsons screenshot machine then accumulates the average color of every scene.

It compares the average color to the recently saved image.

If the difference in total is large, a new screen grab is generated by the Simpsons screenshot machine-Frinkiac, with minimum redundancy until the entire episode’s frames have been reevaluated.

The process of video parsing by the Simpsons visual search engine-Frinkiac is done with format ‘cgo+ffmpeg’ and the codes are composed in ‘Go’ format. Various other subtitle files are also parsed and the timecode of each subtitle line is correlated with the screenshot’s timecode. At the end, the Frinkiac binary is able to upload the dataset on the system of Frinkiac server.

Frinkiac’s value is well-known to anyone who is well-accustomed with any form of social media. The Simpsons visual search engine might play as a huge comeback gateway for reliving the memories of the ever-green animated program, but unfortunately, it may not replace the task of Google Image immediately.

The Simpsons meme generating store is still under development process and lacks several significant features such as the button for instant screenshot sharing.

Paul Kehrer says, “We have lots of ideas, but much of it is geared around trying to make the search “‘smarter.”

Frinkiac has a very long way to go before it becomes worthy of the title- Frink, but certainly, for now, it is hovering somewhere in between Lisa and Lenny.

“Now there’s nothing to do, but sit back and wait for the Kudos to roll on.”- The Simpsons