Hyundai’s ‘Elevate’ Can Walk up Mountains and Climb over Rubble

We can 3D print meat and our cars can walk up mountains and hills. The future is here and now!

On Wednesday, Hyundai released a teaser image of Elevate, a walking car concept. Unveiled at this year’s Consumer Electronics Show (CES) in Las Vegas, Hyundai Elevate is an electric vehicle with four robotic legs that can be extended to walk or climb over rocks and rubble.

Elevate is designed to help emergency workers travel across rough terrain in the event of a natural disaster. Using one of its two walking modes – reptilian and mammalian – Elevate can help those in emergency situations much faster than an ordinary rescue team. 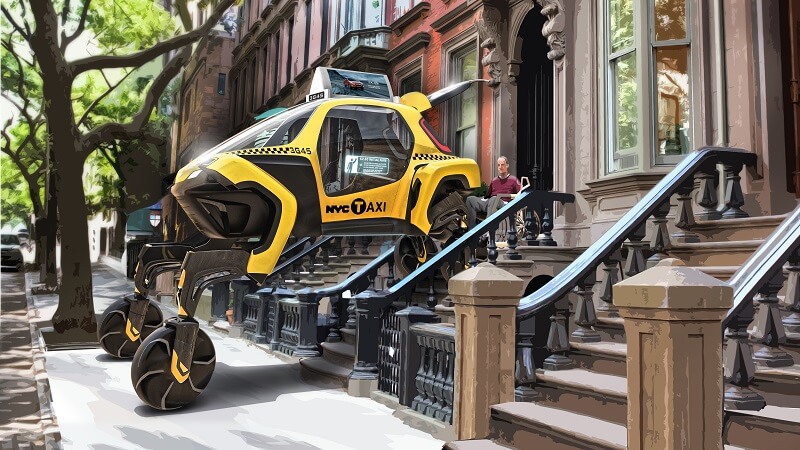 The Hyundai Elevate Concept helps a person get to a doctor appointment in a city.

“This technology goes well beyond emergency situations – people living with disabilities worldwide that don’t have access to an ADA ramp could hail an autonomous Hyundai Elevate that could walk up to their front door, level itself, and allow their wheelchair to roll right in – the possibilities are limitless,” says John Suh, Hyundai vice president and head of Hyundai CRADLE. 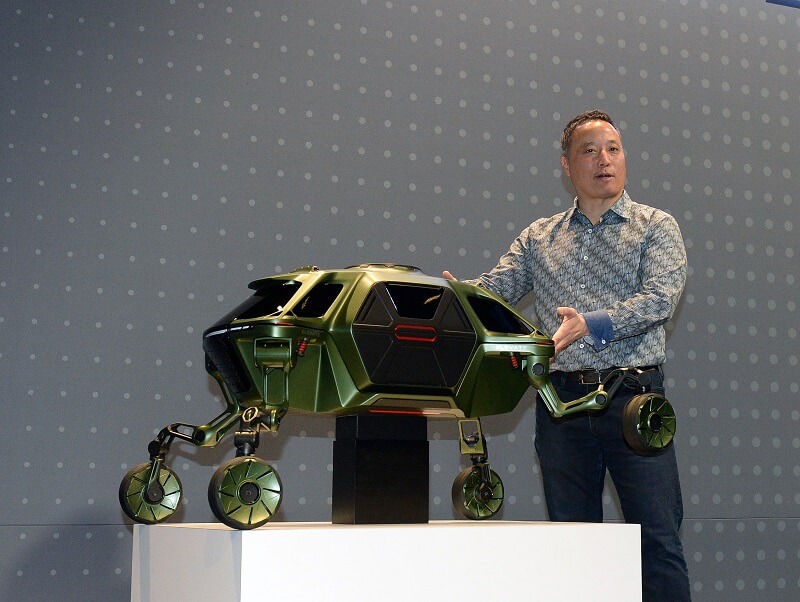 Elevate, the walking car is designed to be faster and resilient than run-of-the-mill vehicles of today. The design heavily relies on modular electric vehicle chassis architecture. It features interchangeable bodies that can be swapped depending on the situation and environment.

During the press conference at CES 2019, Hyundai shared a video showcasing the robotic car’s capabilities. The car crawls along the floor on its four limbs and climbs onto a platform – all the while its body remains steady. (It’s exhilarating to watch! Look for yourself.)

Engineering enhancements of the Elevate include: 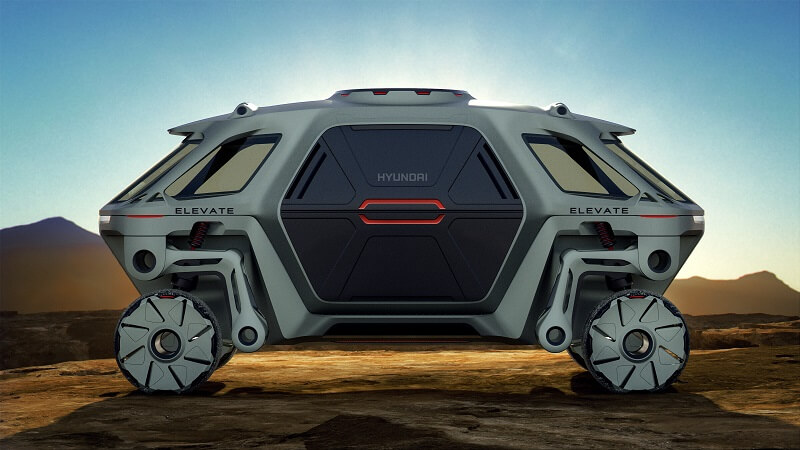 The Hyundai Elevate in drive mode.

Hyundai’s walking car concept was presented at this year’s CES, the biggest tech show on the planet, which is taking place in Las Vegas from 8 to 11 January.

It’s unclear when we would get to see Hyundai Elevate be a boon in emergency situations. We’re staring at the bottom of the glass, hoping the project graduates to become an independent, commercial business.

Anna Domanska
Anna Domanska is an Industry Leaders Magazine author possessing wide-range of knowledge for Business News. She is an avid reader and writer of Business and CEO Magazines and a rigorous follower of Business Leaders.
« PepsiCo unveils snacks delivery robots at California campus
The Rarest, Most Valuable Vinyl Records in the World »
Leave a Comment
Close