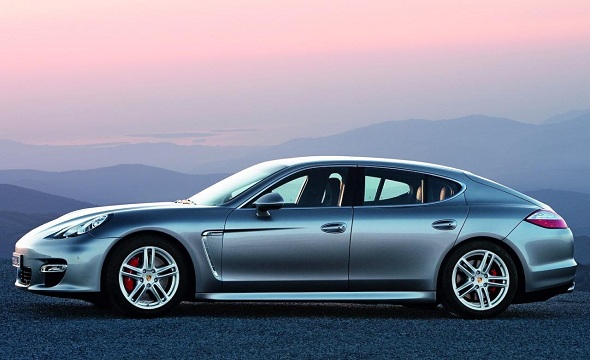 J.D. Power and Associates says that the Porsche brand effectively headed its 2014 Initial Quality Study, in spite of the fact Power noted that a large number of issues in all cars was mounting as more perplexing new innovations are introduced.

The survey, which ranks brands and individual models for least issues for every 100 vehicles in the initial 90 days of ownership, is the auto industry’s top measure of new-car build quality, and also in meeting buyer expectations.

“The acid test is customer satisfaction,” said Matthias Muller, chairman of Porsche’s executive board. “We are delighted we can meet the high quality demands of Porsche drivers. For us, the ratings are both a demonstration as well as an incentive to continue along our path to quality growth.”

Power also credits the Hyundai brand for a sensational move into the auto industry’s top-tier of quality. It hopped from tenth position it savored in a year ago study, to fourth place in 2014 – making it the top mainstream brand, after three luxury brands: Porsche; Jaguar; and Lexus.

The bottom-tier of brands – those with the most issues for every 100 vehicles – were, Fiat, Jeep and Mitsubishi.

Hyundai acknowledges this year’s rise on the list to its priorities. “Go after the big ones; make measurable improvements,” says Dave Zuchowski, CEO of Hyundai Motor America, about his improvement philosophy.

A percentage of the changes included improved hardware, he said, for example, discovering new positions for microphones inside cars to support the voice-recognition systems. Others were on the human side, for example, training dealers to help customers integrate their cellphones with their cars’ infotainment hardware at delivery.

“It speaks to our long-term commitment to quality,” Zuchowski says. He likewise notes that Hyundai’s entry level Accent compact was second just to Porsche’s Panamera luxury sedan for least issues for every 100 for any individual model.

At the other side of the quality gamut, bottom-hit brand Fiat missed by a mile. The brand had 206 issues for every 100 vehicles, in comparison to 146 by Chrysler Group stablemate Jeep.

Fiat in a statement blamed its IQA brand results stemming from having bulk responses from owners of a new four-door model, the 500L, which has more bugs to be worked on than the current 500 coupe. Very few responses came from the highly improved 2014, 500 Coupe, which did not arrive until late in 2014. Fiat likewise blamed faulty “European design features (that) might prompt some owners to check more boxes on the IQS survey” even though they like the car’s style.”

Here’s what you need to know from the IQS Study

Overall Industry Average: 116 issues for every 100 cars, up to 3% from 113 last year. There were two major reasons: All-new models came to market, and those normally have a greater number of issues than models available longer as bugs are worked out. Second, new vehicles are nearing stuffed with more and more new innovations, for example, voice recognition, Bluetooth phone and audio pairing and sassy infotainment systems that can bewilder customers. Customers can rate something they dislike as an issue, regardless of the fact that it fills in as outlined.

The unpleasant winter, as well, likewise put new vehicles under serious scrutiny, Power said. Owners in the Midwest and Northeast reported a bigger number of issues than a year ago, while reported issues in the West and South stayed stable.

“It is impossible to completely negate the effects of severe weather,” says David Sargent, a Power vice president.

Power says its study, now in its 28th year, is critical in light of the fact that consumers who have excellent initial encounters with their cars are more prone to come back to the brand once more.