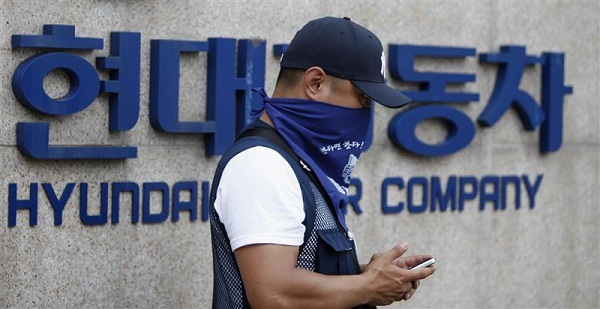 The Hyundai Motor’s labor union has voted to approve a revised wage and working-conditions deal, ending strike that had hurt sales at South Korea’s biggest car maker. The strike at Hyundai Motor is said to be the costliest one in the company’s history.

The agreement between Hyundai and labor union

The Hyundai Motor’s labor union, which took a harder approach because of a newly elected leader at the end of 2011, started the strike at Hyundai Motor on 13th of July; the first strike in four years. Union’s walkouts totaled 92 hours in July and August. Those union’s walkouts resulted in output loss of roughly 82,000 vehicles worth 1.7 trillion won, or $1.5 billion, according to company’s officials. Hyundai Motor reported a 30 percent year-to-year drop in domestic sales in August, while exports from Hyundai’s domestic plans decreased 31 percent.

Night shifts were the main issue of this year’s talks. In 2005 the company agreed to end night work, but then the Hyundai Motor’s labor union demanded company’s officials to end a round-the-clock shift system that had been introduced in 1967. The Hyundai Motor’s labor union and company’s officials agreed to replace the current system of two 10-hour shifts with 8-hour and 9-hour shifts, both finished at 1 a.m. The change will be introduced in March.

To avoid a decline in output and make up lost production from reduced working hours Hyundai Motor decided to spend approximately 300 billion won, or $265 million, on upgrading manufacturing lines to speed up assembly. The Hyundai Motor’s labor union, on the other hand, agreed to boost the number of cars made each hour. In addition, Hyundai Motor’s employees will get a 98,000 won pay rise, and other incentives and bonuses as well.

The agreement between Hyundai and labor union ends the first legally sanction walkouts at the company since 2008. The strike at Hyundai Motor cost the company a record 1.7 trillion won in lost production.

Strikes in the industry

Kia Motors Corp., a Hyundai Motor’s sister company, is still in the middle of labor conflict. The Kia Motor’s labor union plans an eight-hour strike for Wednesday, the 5th of September. Kia Motors has already suffered an output loss of roughly 45,995 cars, which are valued at 757.7 billion. A strike at Kia Motors started on the 13th of July.

Kia Motors’ officials are still in talks with the union; talks include issues such as this year’s wage pact with the Kia Motor’s union. Kia Motor, which is the South Korea’s second-largest car maker, will probably report a a third-quarter profit of 2.2 trillion won, according to the latest data.