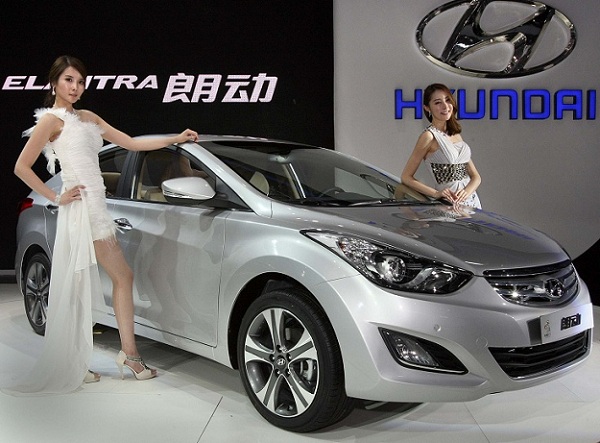 The rise to prominence in the automotive industries for Hyundai KIA Automotive Group (HKAG) was capped by the acquisition of Kia Motors in 1998. From the near collapse of Hyundai Motors in 2000 to the current successes, the company has sharpened its focus on progressive development of markets. Prior to this strategic achievement, Hyundai Motor Company, A South Korean automobile manufacturer located in Seoul serve the global consumer through provision of products and services in the automobile categories. Currently, Hyundai Owns 49% of KIA Motors, in an intricate private ownership arrangement, through which financing for expansion and operations is done.

HKAG is ranked fourth largest and most influential automotive maker across globe, closing in on Toyota, GM and Volkwagen. The group sold over 8000 cars above the sales volume of global giants, Ford in 2009, especially after carving its production and designs to the needs of the consumers. Successful implementation of strategies by company has relied on the ability of the company to identify target markets, develop models best-suited for those markets, and then offer value-addition aspects to consumers including attractive pricing.

Entry into the global markets-The US and Russia

The Vice Chair of Hyundai Motor Mr. Byung-kee Suh was keen on leveraging the position of HKAG in the Eastern Europe markets. Hyundai Motors hopes to snatch lead from other automobile manufacturer in Russia as indicated by the Russia Briefing. Right from the formation of Hyundai Motors by Ching Ju-yung in 1946, the company has sought to entrench itself in the most potential markets. Expansion into the US was necessitated by the exploitation and saturation of local markets, thereby making it necessary for overseas glory to be tapped. Globally-skewed partnerships originated from the Construction of Hans Bridge in conjunction with the US Military forces, thereby according the company the necessary contact sand reputation. , which paved way for entry into the global market.

In 2005, HKAG launched the global brand management strategy, aimed at pursuing its global markets. Br establishing a differentiated brand image strategy, the company seeks to boost the overall market share of both Hyundai and KIA. In spite of its presence in the global markets during the credit crisis in 2008-09, the company was able to withstand the economic meltdown due to its strong financial background. In addition, a strong position in the domestic market which was least affected by the credit crunch in the US and the rest of the globe.

Wide range of Models for the global consumer

HKAG has showrooms spread across the globe, filled with a wide selection of cars, SUVs and CVs. From the original models of two-wheeled automobiles presented by the two companies during the solo-ventures, the companies have engaged in innovation and technological advancement to produce functional models which are environmentally-friendly and aesthetically attractive. Success in the global markets is based on the ability of the models toe exude functionality without compromising the aesthetic quality of the successive models.

The successive models spot enhancements in the exteriors, interiors, performance, safety, convenience and the specifications, offering customers numerous options to select from. Durability of the vehicles is of utmost prominence among the consumers, with price ranges dependent on the characteristics of the models. HKAG offers a model for every category of consumer, regarding the market they are in. the company has promoted innovation in terms of technology, designs and ecological friendliness of the models.

Similarly, success in the local markets is duplicated in foreign markets, with models customized to meet local demands. For example, entry into the US market was based on development of SUVs which were favored models. Sedans were also developed, with the Beja 1000 winning the favor of the US market after success in the Dakar Rally of 1995. Success of the SUV was backed by the introduction of the Sportage, which pushed sales to over 50,000 units in the US market by 1996; with new features including versatile safety measures such as airbags and additional space for family cars. Successive models including the Sorento SUV, designed and produced in the State-of-the-art units in Florida, US was followed by Sorent, Spectra, Amanti, Optima, Sedona, Sportage and Sephia, all which received five-star ratings on speed, safety, maneuverability, and the fact that the US market could identify with each of the models. Success in the US is also closely linked to the sponsorship of popular sporting events include the NBA.

Entry into Russia was made possible through exports and domestic partnerships, resulting to the formation of lasting relationships with the customers in the country. Through the Uppsala Model, the company was able to develop a market for its products, introduce the customers to the benefits presented by each model, and then establish production units in the country when revenue-generation was assured. Partnerships with SOK and Avtotor resulted to synergistic expansion of the markets for the two companies, with subsequent dealership with Avtovaz sealing the success of the company in the market by the end of 2008.

Currently, the company owns a production plant in St. Petersburg, with production levels increasing on an annual basis. Cross-over models from the US market including the Sportage, Rio and Cee’d have captured the interest of the market, contributing to successful implementation of expansion goals.

Enhancement of Sales revenues and Volumes

A report by blockchain data platform Chainalysis reveals that nearly $14 billion in cryptocurrency were sent to illicit addresses in 2021.
17 hours ago