On Tuesday, the city of Moscow and a Russian transportation investment firm called the Summa Group signed an agreement with Los Angeles-based Hyperloop One to explore building a futuristic, high-capacity passenger system connected to Moscow’s current transportation grid.

The high-speed transportation system, also known as a Hyperloop has magnets to levitate pods inside an airless tube, creating conditions in which the floating pods are capable of carrying passengers and cargo at speeds of up to 750 mph (1,200 kph). 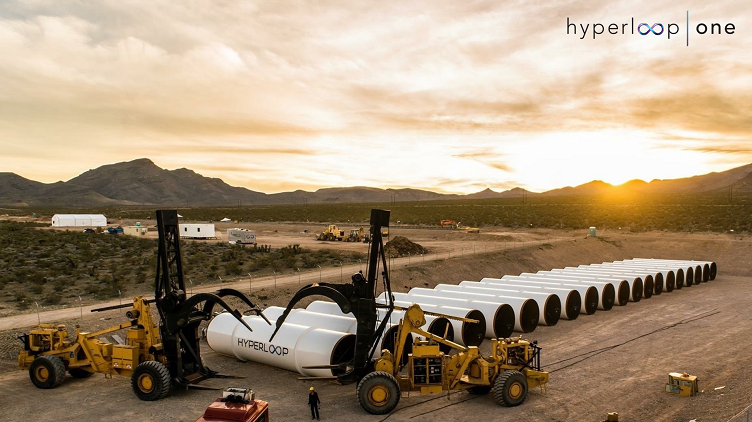 According to Shervin Pishevar, co-founder of Hyperloop One, the futuristic tube-based system can dramatically improve the life of the 16 million people living in the greater Moscow area, by drastically reducing their commute to a fraction of what it is currently. He said that the company’s long-term goal is to work towards implementing a transformative new Silk Road that shuttle freight containers from China to Europe in a day.

The company’s Chief Executive Officer Rob Lloyd said it’s currently unclear how much it will cost to build the high-speed transportation system in Moscow, and it may not necessarily travel at its top speed in a metropolitan area like Moscow.

A memorandum of understanding was signed at the St. Petersburg International Economic Forum by the Los Angeles-based company, the city of Moscow and the Russian corporation, The Summa Group.

Hyperloop One, which is supported by railway investors and venture capital, has studied under way in United Kingdom, Finland, Sweden, The Netherlands, Switzerland, Dubai and the Port of Los Angeles, according to Pishevar.

The concept actually originated from a paper by Tesla Motors Chief Executive Officer Elon Musk in 2013, who envisioned flying passengers from Los Angeles to San Francisco in just thirty minutes.

Currently, the world has not seen any functioning Hyperloops and it remains to see if the technology can actually make the leap from science fiction to reality.

To ideally shuttle passengers, the system will have to be designed in a way that will overcome challenges including motion sickness and fear of traveling at high speeds in a sealed tube.

Despite all the hassles, the company will develop a system capable of ferrying cargo by 2019 and passengers by 2021, Lloyd said last month.

It’s not yet clear where the first Hyperloop One project will be developed. The company has kicked off the Hyperloop Global Challenge, asking people to come up with the best options for early Hyperloop routes to make it a reality around the world. The company has received more than 225 registrants from 45 countries since the global challenge was announced last month.