Hybrid Vehicle Manufacturing on the Rise 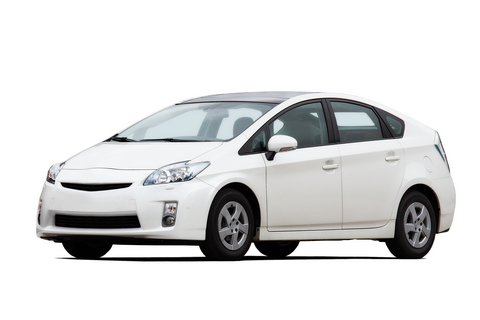 With a growing global consciousness of environmentalism and carbon footprints, comes the growth and opening of various green industries that haven’t previously had a chance. One of those budding green markets is that of hybrid vehicle manufacturing, with production to blossom worldwide with many different countries and companies.

Toyota Motor Corp announced earlier this month that it will begin production of Toyota hybrid cars in China by 2015. All production, research, and development of these electric vehicles will take place in Changshu, a city near Shanghai, in a brand new facility. China is expected to become the world’s largest market in hybrid vehicles, so multinational companies like Toyota are working to take the lead and to develop a competitive advantage above the others. In Japan, Nissan Motor Co. is also planning to produce Nissan hybrid vehicles by 2015, aiming for a 35 percent fuel economy improvement across its fleets in Japan, China, Europe, and the United States.

It’s not just the production of Toyota hybrid cars and Ford hybrid cars that are on the rise, but also the research and development of new and improved hybrid vehicles as well. GM Korea, for example, is set to release not only the first hybrid vehicle in its segment in Korea, but this new model will also a 25 percent improved fuel economy over standard cars. The Alpheon eAssist, as the new model is called, is the first hybrid car from GM Korea and will get 33.2 miles per gallon. It’s also projected that this hybrid vehicle reduce carbon emissions by 22 percent. This means that hybrid cars are getting better and better, and that more automotive companies are trying to ride the new bandwagon of hybrid vehicles.

From this “out-of-the-hybrid-car” thinking comes even more opportunity for hybrid vehicle manufacturing. Chrysler Group LLC has been conducting research on hybrid pick-up trucks and hybrid minivans, although there aren’t any plans to take these vehicles to mass production quite yet. Hybrid vehicles such as pick-up trucks and minivans offer environmentally-conscious consumers more practical options for automotive transportation instead of the smaller Toyota Prius or Ford Fusion Hybrid, and might also expand the market to those who want a hybrid vehicle, but don’t have a use for something so small.

Overall, hybrid vehicle manufacturing is very strong, with plenty of opportunity if the coming years for more types of hybrid vehicles and more companies innovating to come out with better and better hybrid vehicles.

Bayer AG is in talks to buy Vividion Therapeutics in a roughly $2 billion deal, enforcing new IPO plans for Vividion.
49 mins ago