HTC’s Wearable Prototype To Appear At MWC Next Week

After Singapore, Spain’s turn to get a Las Vegas style Strip.

Taiwanese manufacturer HTC is reportedly preparing to showcase a host of potential wrist-worn devices at next week’s Mobile World Congress trade show in Barcelona, specifically their new smartwatch prototype based on Qualcomm Inc. (QCOM)’s Toq device. However it is still unknown whether it will be showcased to the public just yet.

Earlier this month, HTC chairperson Cher Wang said that the company had been working on wearable technology for some time and hopes to have a smartwatch in stores by the end of the year. She also claimed to have made some headway with its wearable-tech in overcoming issues with battery life and screen performance which had hindered its progress.

The smart watch will use a Qualcomm’s Mirasol display technology and will feature a music player with Bluetooth connectivity. 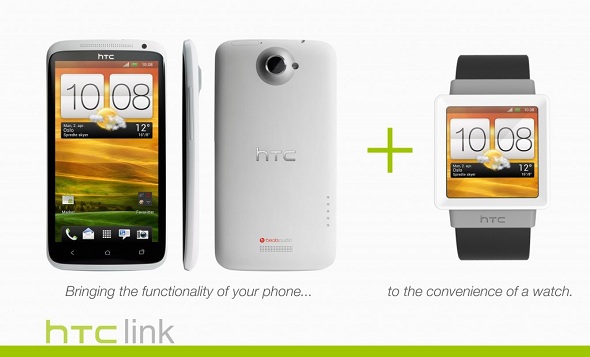 HTC is also working on a wristband  featuring an AMOLED screen and Google Now information services to be included in the smartwatch. The smart wristband will have a touchscreen display, music player, and activity-tracking features.

HTC is also rumoured to have been working on another watch that will use an active-matrix organic light-emitting diode (AMOLED) display technology instead of the Mirasol display on the Toq. This smartwatch is said to use Google’s Now service involving a certain amount of voice recognition and audio feedback. The device will most probably run on Android. With no set intentions of it going to production yet it’s likely that this device will not be showcased at the show, it has been reported.

There is also word of an HTC smart wristband with a slim touch-screen display along with an activity-tracker and a music player. It comes across as an accessory that is aimed at sports-minded people where it tracks the wearer’s fitness in a similar way to Fitbit and Nike’s Fuelband.

While it does not seem ideal for HTC to have three wearable devices in the works simultaneously, it might be their way of playing it safe. Of late the Taiwanese handset maker has struggled in the face of fierce competition from Apple and Samsung, may be it might use the Mobile World Congress to gauge which of the three the public will prefer the most.

Researcher IHS said wearable devices like smart watches, glasses and other products reached $10 billion in sales in 2013 and the numbers could triple by 2018. It’s a positive sign that HTC is on top of the next big trend in consumer electronics where it can certainly use the boost. In 2013 its global market share fell to just 2 percent while last month it also declared its second straight quarter of operating losses.

HTC said it believes in putting forward more aggressive marketing plans this year than previous year and also a wider variety of products that are key to boost its revenue.