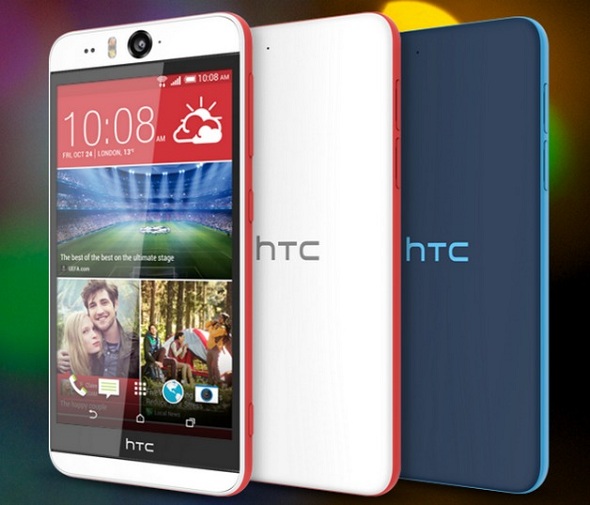 Taiwan-based handset maker HTC unveiled a smartphone designed to take better selfies than any other device.

At a press event in New York, the smartphone manufacturer launched the Desire EYE, a device that contains a 13 megapixel front-facing camera focused on taking pictures and videos.

Peter Chou, HTC’s CEO, said: “HTC is once again changing the way that people think about technology.” Back in 1997, we allowed people to leave their laptops at home in favour of powerful, pocket-sized smartphone computing. We are taking a similar leap forward. Combining incredible hardware with unrivalled software, HTC is reinventing the way we think about imaging. We are taking you out from behind the viewfinder and putting you back where you belong, at the heart of the action.”

The HTC Desire EYE sports a 5.2-inch screen with Full HD (1920 x 1080) resolution, a Snapdragon 801 chipset from Qualcomm, a 2GB RAM, and 16GB of built-in memory but the microSD card slot can support up to 128GB more. The phone will come with Android 4.4.2 Kit Kat paired with HTC’s own custom Sense UI and is powered by a 13MP primary camera and dual-LED flash on both its front and back. The front-facing camera comes with face-tracking technology and Voice Selfie mode, which will take a selfie when the user says say cheese. The same technology applies to video recording, with the command of action or rolling to automatically starting filming. It will also form part of the EYE Experience software. It’s also NFC capable with a few sensors that can find proximity and ambient light, and an accelerometer. The 2,400 mAh battery promises up to twenty hours of talk time on 3G and 538 hours of standby time.

With competition heating up in the smatphone arena, HTC is looking to compete with the likes of the iPhone 6 and Samsung’s range of Galaxy devices for position in the smartphone market. The smartphone maker reported profits of 75 million US dollars but is still lagging behind their competitors in terms of sales.

While there is no information on the price, a report has hinted that the price of the new Android-powered handset could be around €529, or roughly $673.

Earlier this year a research stated that 33% of Britons post a selfie at least twice a week, with more than 17 million selfie’s being uploaded to social media every week. HTC aims to increase these numbers with the Desire EYE. The new smartphone will be available from early November, the company confirmed.