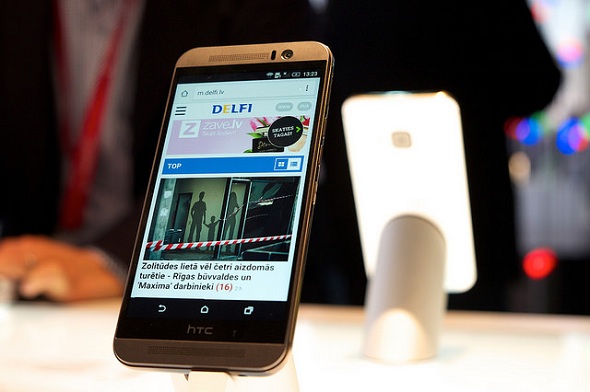 The all-new HTC One M9 is powered by a 64-bit octa-core Qualcomm Snapdragon 810 chipset and an 8-core processor.

In the shadows of Samsung and Apple, HTC barely has any market share despite having good phones. The latest edition of the HTC One, dubbed M9 made its official debut back at the Mobile World Congress (MWC) 2015 on March 1, but the retail release was not announced back then.

The new HTC One M9 flagship is even better than previous year’s models with a boost in the engine as well as upgrades in both sound as well as camera departments. All these go with the latest HTC Sense UI 7.0 which comes over the Android Lollipop interface. The device is packed in a tough aluminum unibody design by throwing on a dual-finish that is made using a double anodizing process.

The new HTC One M9 is launched just at the right time when there are several other flagship devices in the Android market. Recently, Samsung rolled out the Galaxy S6 and Galaxy S6 Edge, while iPhone users had already received an upgrade with the launch of iPhone 6 and iPhone 6 Plus last year. The competition is even bigger.

The HTC One M9 comes with a 5-inch full HD display (1920 x 1080 pixels) which powers a pixel density of 441 pixels per inch, equipped with a capacitive Super LCD3 touch screen. The display also comes with the latest Corning Gorilla Glass 4 protection.

Furthermore, the device is powered by a 64-bit octa-core Qualcomm Snapdragon 810 chipset and an 8-core processor, where 4 of the cores are powered at 2.0GHz and the other 4 are clocked at 1.5GHz. The CPU is supported by an Adreno GPU and 3GB of RAM with the device being equipped with 32GB of internal storage capacity, microSD card support for additional memory of up to 128GB. The One M9 is equipped with a large 2,840 mAh battery and the two processors installed in the device have two distinct architectures where the 1.5GHz processor is a Cortex-A53 while the 2.0GHz processor is a Cortex-A57.

Other specs include a 20-megapixel rear camera and this is equipped with dual-LED flash technology, autofocus and it can capture up to 5376 by 3752 pixels of picture quality. Other camera features in the rear snapper include automatic simultaneous image and video recording, smile/face detection, geo-tagging, HDR as well as the panorama effect. The rear camera can also record videos of up to 2160p at 30fps, 1080p at 60fps as well as 720p at 120fps. The front shooter comes with a 4-megapixel camera that can take quality selfies even in low-light conditions. The snapper is capable of recording 1080p videos at 30fps and also comes with the HDR feature.

HTC announced that the One M9 will officially become available for purchase in the U.S. on April 10, with price ranging from $649 and it will be availed on U.S. carriers that include AT&T, T-Mobile, Verizon and Sprint.