The bank's maximum pre-tax benefits (90%) come from its Asian business.

HSBC started its journey in Hong Kong in 1865, though now headquartered in London. It expanded through the century and followed the money to the West. But now it seems the journey has come full circle, and the bank wants to go back to its roots.

Founded by a Scotsman, the bank has straddled both the eastern and western financial world. Its shares are listed both on the London and Hong Kong stock exchanges. However, in recent years the bank’s profits have come more from its Asian arm. So it is no wonder that HSBC has decided to follow the money.

HSBC has “pivoted” towards Asia in a bid to take advantage of the rising economic powers there, namely China. 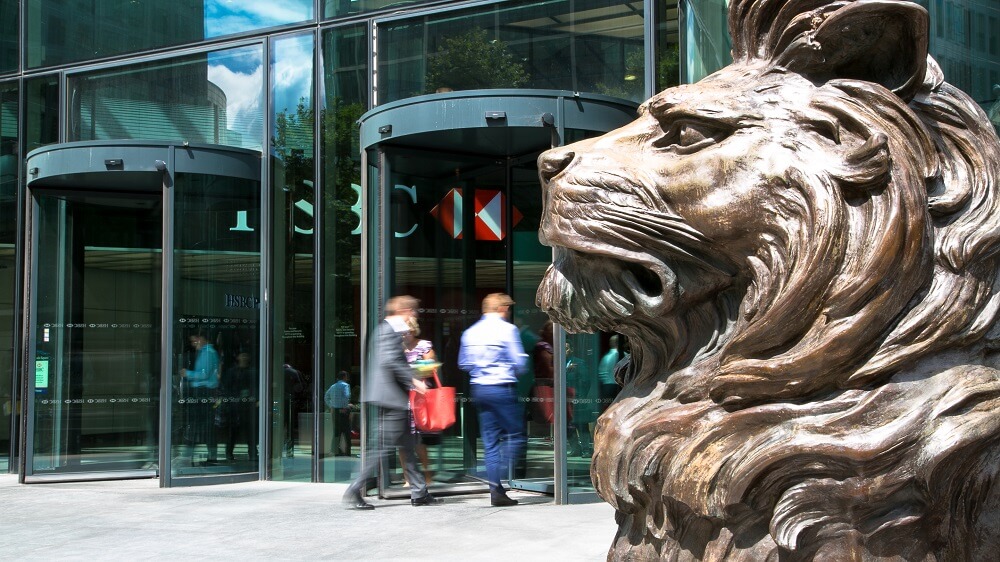 The bank’s maximum pre-tax benefits (90%) come from its Asian business.

The political fallout between the US and China due to sanctions against Chinese tech companies based on security concerns and more is bound to expand into other industries too from car manufacturing to luxury goods.

The ongoing trade and tariff war between the US and China has left many US businesses and corporate houses grappling with the fallout. The two countries came out with blacklists of firms and individuals that could not operate in either country.

In this atmosphere, there are many manufacturers who are forced to shell out extra money for technologies and parts that either country are supplying to the other. Hence, companies have to decide which side they are leaning towards.

Major car manufacturers such as Tesla, Ford, Mercedes Benz and Volvo are suing the US government over the import taxes it has imposed on Chinese parts that these carmakers use. The car companies are demanding customs duties paid on imported parts be returned with interest.

The bank’s maximum pre-tax benefits (90%) come from its Asian business. Chairman Mark Tucker and chief executive Noel Quinn are struggling to meet its business demands in Singapore and China and the UK government’s regulatory demands.

HSBC was forced to cancel its dividends for the first time in 74 years under pressure from the Bank of England due to Pandemic-related losses. This left its Hong Kong retail shareholders, who own about a third of the bank, very unhappy. They threatened to sue the bank for lost earnings.

The bank has been facing a political fall out too. A top executive of the bank in Hong Kong endorsed the controversial national security law imposed by Beijing over Hong Kong and agreed to close the anit law activists’ accounts.

British MPs and the US government were patently unhappy with such political expediency. But HSBC has decided to err on the side of caution and keep Beijing happy.

Maybe it hopes the economic benefits far outweigh the political fallout in the West. It is a classic case of Realpolitik. The bank needs to expand its investments in the region, which requires more capital. Pandemic-induced losses have made this commodity a little scarce. HSBC’s shares have underperformed compared to other banks. The bank has seen over a 43 percent drop in the share price. It is in talks to shut down its retail presence in the US.

Another consideration is spinning off its UK operation and offering its shares to investors. This might meet the Western regulatory standards and even make investors happier owning a stake in a totally UK-based entity.

The cold war between US and China will not likely end with the new government in Washington. Michael Hirson, practice head, China and Northeast Asia, at consulting firm Eurasia Group, said in a note: “The coming debut of the (unreliable entity list) underscores the dilemma facing (multi-national corporations) in China, who are squeezed between the legal and political dictates of the US and its Western allies on the one hand and Beijing on the other.”

Subscribe to the nation’s fastest-growing CEO magazine for the latest auto news and insights.

Anna Domanska
Anna Domanska is an Industry Leaders Magazine author possessing wide-range of knowledge for Business News. She is an avid reader and writer of Business and CEO Magazines and a rigorous follower of Business Leaders.
« Wells Fargo to forego asset management unit to private equity for $2.1 billion
Is the sun shining again on AMC stock? »
Leave a Comment
Close