HSBC to pay $1.92b settlement over U.S. money-laundering claims 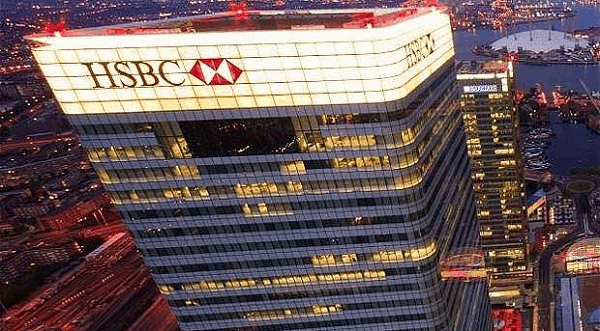 On the 11th of December, HSBC Holdings PLC informed that it decided to pay approximately 1.9 billion in settlement with U.S. regulatory authorities to end a long and embarrassing American criminal probe into money laundering allegations against the Europe’s biggest bank. The amicable settlement, which is to be paid by HSBC Holdings PLC , will be the largest fine paid by a bank in the history.

According to a statement released by HSBC Holdings PLC, the amicable settlement, which was reached by the bank, consists of  a deferred prosecution agreement with the U.S. Department of Justice. In addition, financial penalties are to be evaluated, however HSBC Holdings PLC will not be charged if certain terms of the settlement are fulfilled. The Europe’s biggest bank is convinced that it will also reach an agreement with the U.K. Financial Services Authority.

The bank had apologized for the failure to abide by the rules in a statement released in the first week of December. Stuart Gulliver, CEO at HSBC Holdings PLC, expressed his regret, underlining: “We accept responsibility for our past mistakes. We have said we are profoundly sorry for them, and we do so again. The HSBC of today is a fundamentally different organization from the one that made those mistakes.”

HSBC Holdings PLC informed it would not only decided to pay the record fine but to collaborate with the U.S. regulatory authorities as well. As it was added, the Europe’s biggest bank would focus on introducing and strengthening its policies and procedures. Just in November, top executives of HSBC Holdings PLC had informed shareholders that the bank was ready to pay as much as $1.5 billion to cover all fines, underlining that the cost could be much higher though.

The HSBC’s settlement is said to be the biggest one reached in the U.S. over these kind of charges. The amount of $1.9 billion will exceed the approximately $620 million in penalties paid by ING Groep NV, the number 1 to date.

Figures show that many banks have agreed to pay as much as $5 billion in fines in order to avoid charges over violations of U.S. law.

HSBC Holdings PLC was said to have helped drug cartels and rouge nations such as Sudan and Iran to launder millions of dollars. The settlement, which was announced on the 11th of December, followed a July’s release of a Senate subcommittee report indicating that the Europe’s biggest bank had failed to efficiently use its tools to prevent any kind of money transactions from those two types of clients, namely cartels and countries under U.S. sanctions.

As for the bank, it did admit that it used to have unsatisfactory money laundering procedures after the U.S. senate released the findings of its probe. Certainly the HSBC’s settlement might be considered an end of the embarrassing story in the history of this U.K.-based bank. The bank informed that it had spent almost $300 million on implementing its systems so that money laundering would never happen again.