HP the once-great technology giant that invented start-up culture in Silicon Valley before going into oblivion in the millennium is back for good. The company presented its most recent and breakthrough innovation at Discovery 2014 that is set to revolutionize the world of technology forever.  As indicated by HP, The Machine is not a server, workstation, PC, gadget or phone yet an amalgamation of all these things. It’s intended to have the capacity to adapt to the masses of data created from the Internet of Things, which is a futuristic concept intended to connect diverse objects and devices

‘The Machine’ as they have fondly christened it at HP Labs, is a new-type of computer architecture that according to HP engineers will serve as a substitute for today’s designs. The company is keen to introduce the machine to the market within next few years ““We think we have no choice,” says Martin Fink, the chief technology officer and head of HP Labs, who unveiled HP’s new technology at the Discover 2014 event this Wednesday.

How does ‘The Machine’ work? 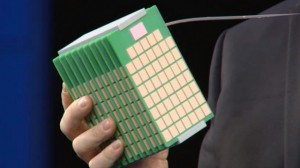 In order to handle such massive amounts of data, it uses groups of specialized cores rather than a smaller number of generalized cores. The entire thing is associated together utilizing silicon photonics rather than the traditional copper wires, boosting the speed of the system whilst reducing energy prerequisites. Furthermore, the technology features memristors, which are resistors that can store data considerably after power loss. 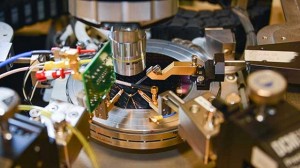 The result is a system six times more effective than existing servers that requires eighty times less energy. As indicated by HP, The Machine can deal with 160 petabytes of data in a mere 250 nanoseconds. What’s more, in addition, this isn’t only for gigantic supercomputers- it could be utilized within other gadgets, for example, smartphones, tablets and laptops. During the keynote speech delivered at Discover, Fink clarified that if the technology was scaled down, smartphones could be manufactured with 100 terabytes of memory.

HP predicts a mixed bag of future application in various settings, from business to medication. One such example of it is here: it would make it possible for doctors to compare your symptoms or DNA with patients across the globe in a go without committing any breach of security, enhancing well-being of their patients.

“Everyone on the planet who is paying any attention to this type of thing wants to see this new kind of fast, cheap, persistent memory,” says Greg Papadopoulos, a partner at the venture capital firm New Enterprise Associates. “If one of these things works and one of them will, it will change computing architecture fundamentally.”

While this is a thrilling development, tragically for us HP isn’t hoping to have samples until 2015 and the first device equipped with The Machine won’t surface until 2018.

Anna Domanska
Anna Domanska is an Industry Leaders Magazine author possessing wide-range of knowledge for Business News. She is an avid reader and writer of Business and CEO Magazines and a rigorous follower of Business Leaders.
« Harley-Davidson unveils its first electric motorcycle: Project LiveWire
Facebook Improves Android App For Emerging Countries, Thanks To A Trip To Africa »
Leave a Comment
Close