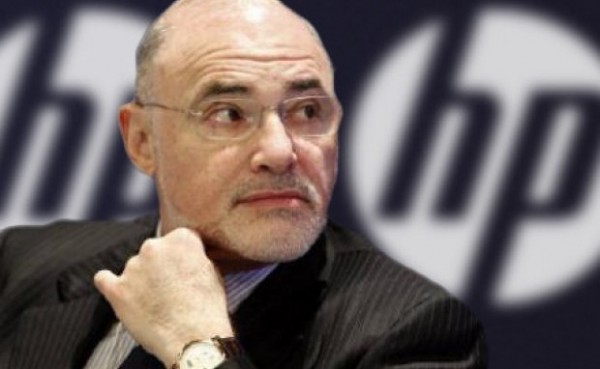 In a massive overhaul of its businesses, multi-billion dollar IT company Hewlett-Packard has announced plans of shifting their operations away from manufacturing hardware and focusing on developing cloud computing instead. HP currently figures as the world’s largest maker of personal computers.

Buying over UK-based software company Autonomy Corp. for $10.3 billion is the company’s first step in this direction.

In light of the much higher than market value offer made by HP, though the deal has not yet been formally approved by Autonomy’s shareholders, the acquisition is being viewed as a sure-shot by market experts.

Autonomy’s share values over the last 12 months averaged at around £16 per share. Hewlett-Packard’s offer on the other hand breaks down to a much higher £25.5 per share.

However, Leo Apotheker, Hewlett-Packard’s Chief Executive Officer, rationalized the much higher price saying that, “We’re buying a very strong business. We believe we can extract a lot more from Autonomy by combining it with Hewlett-Packard. That’s the rationale for the price.”

Despite Apotheker having rationalized the high price, the computer manufacturer’s share value dropped by around 10 percent following news of HP’s generous bid.

Choosing the Cloud over Hardware

With a continuing decrease in consumer demand for personal computers, especially over the last two years since the market has been flooded with tablets and super-efficient smartphones that make the most of the technological edge and ease offered by cloud computing, Hewlett-Packard has been witnessing slowing revenue growth and increasing competition.

Interestingly, this slowdown coincides with Leo Apotheker taking centre stage at HP as CEO, picking up from where Mark Hurd left. Despite Apotheker’s pledge of buying more companies with software expertise, improve product quality and boost spending on research and development, Hewlett-Packard’s personal computer sales in the current period will be $32.1 billion to $32.5 billion, according to data reported by the company. This falls short of the average $34 billion earnings estimated by market experts for the company.

HP’s takeover of Autonomy is accompanied by the company announcing their plans of discontinuing products that run on the WebOS software.

WebOS, which Hewlett-Packard acquired last year through its $1.2 billion purchase of Palm Inc., and which powers the company’s smartphones and tablets, is being given the boot because of its non-performance where meeting “internal milestones and financial targets” is concerned, according to a statement issued by HP yesterday.

Making a statement through a conference call yesterday, Apotheker said,“I’m lowering the Q4 guidance to be realistic about where we are and the challenges we are facing. I know our investors don’t like to be in this position and neither do I.”

Mike Lynch and Richard Gaunt, Autonomy’s co-founders, on the other hand, are very pleased given the £566m that they stand to make from the deal.

Specializing in “unstructured” searches for big companies, Autonomy, which was started in 1996 by its founders on a £2,000 loan, will become the biggest UK firm, second only to the £11.5bn sale of Cadbury to Kraft last year, to fall under the hammer.

With a current market value of $7 billion, Autonomy, according to data reported by the company, is the second largest pure software company in Europe. Having now forayed into cloud computing, Autonomy’s current clients include Coca-Cola, Nestlé and the US Securities and Exchange Commission.

The software company said in a statement: “This is a momentous day in Autonomy’s history. From our foundation in 1996, we have been driven by one shared vision: to fundamentally change the IT industry by revolutionising the way people interact with information. HP shares this vision and provides Autonomy with the platform to bring our world-leading technology and innovation to a truly global stage, making the shift to a future age of the information economy a reality.”

The decision came after careful consideration of several complaints by the Austrian NGO noyb. The NGO filed nearly 101 complaints with all EU data protection authorities.
4 hours ago

For years, TikTok has continued to assure authorities that data collected from US users is stored in the US, and not China as many believe. A recent Buzzfeed report set fire to the
6 hours ago