HP Acquires Aruba Networks for $2.7B to Expand Wireless-Networking Business 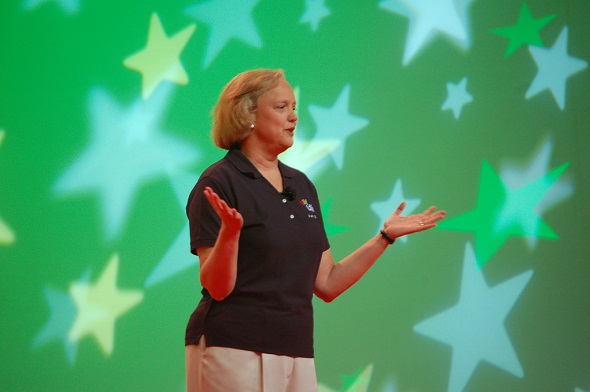 HP is looking to expand its tech portfolio for business customers.

Hewlett-Packard has struck a deal to acquire Wi-Fi network gear maker Aruba Networks Inc for about US$2.7 billion, in what amounts to the biggest acquisition deal for the world’s No. 2 PC maker since its disastrous purchase of Britain’s Autonomy Plc in 2011.

The Sunnyvale, California based Aruba makes Wi-Fi networking systems for corporate campuses, universities, hotels and shopping malls. The business has shown a steady growth as more people are using mobile devices at work, school and elsewhere. Aruba can help HP capitalize on that trend and bolster its share in the wireless local area network (WLAN) market.

HP, which is set to split up its business into two public companies later in the year, is looking to expand its tech portfolio for business customers. One company will focus on selling personal computers and printers, and the second will be selling computer systems and software to businesses. In an all cash deal Hp will pay $24.67 a share to Aruba whose shares slumped around 1.5% to $24.45 in pre-market trading following the announcement.

The boards of the two companies have authorized the deal, saying the deal would be worth nearly $3 billion after factoring in cash and debt on Aruba’s balance sheet. Aruba reported revenue of $729 million in fiscal 2014.

Both the companies believe the collaborative strength of their product portfolios will fetch additional revenues at a faster pace in the process, improving overall financials. This will reportedly put HP at the forefront of the $18 billion worth networking industry. The company estimates that monetary benefits of this acquisition will be reflected in the company’s earnings for the first full year after the merger has been finalized during the second half of this year.

The new merged organization will be led by Aruba Networks CEO Dominic Orr, and Chief Strategy and Technology Officer Keerti Melkote will lead the combined HP/Aruba Networks organization. They will in turn report to Antonio Neri, the leader of HP Enterprise Group.

“Together with HP, we have a tremendous opportunity to become an even greater force in enterprise mobility and networking,” Orr said. “In addition, Aruba’s channel partners will have the opportunity to expand their businesses with HP offerings. Together, we will build on Aruba’s proven ‘customer first, customer last’ culture, creating an innovative, agile networking leader ideally positioned to solve our customers’ most pressing mobility, security and networking challenges.”

Anna Domanska
Anna Domanska is an Industry Leaders Magazine author possessing wide-range of knowledge for Business News. She is an avid reader and writer of Business and CEO Magazines and a rigorous follower of Business Leaders.
« Lenovo Announces the A7000 Smartphone at Mobile World Congress
Target to lay off thousands of jobs in cost-cutting moves »
Leave a Comment
Close

Most meat in 2040 will not come from animals, says report. However, the recent decline in sales of plant-based meat fell by 1.8 percent compared to the year before, taking declines
3 mins ago