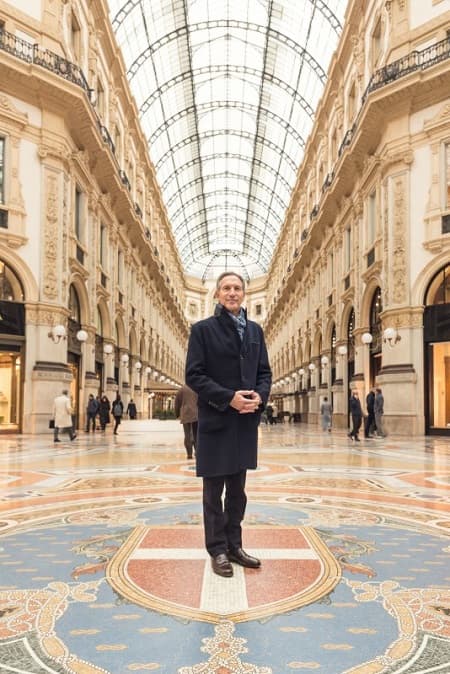 “On a cold January day in 1961, my father broke his ankle at work,” reads the first sentence of Pour Your Heart into It, a book by Howard Schultz, chairman and CEO of Starbucks. The story of how his father’s injury left his family with no income, no insurance, and no safety marked the turning point in Schultz’s life.

Today, Starbucks hires a hundred people a day and opens three new stores a day – It is quintessentially a people-based business. It’s important for people to understand that when Schultz started this company, he had nothing.

It pretty much goes against the past tradition of business leaders showing people a sense of their vulnerability. In recent years after the scandals at companies like Enron and Worldcom, it has become important than ever to establish transparent communication.

Howard Schultz consistently tells this story to employees, shareholders, and journalists as a way of inspiring his audiences. On many levels, the experiences he had as a young child formed his values and understanding of cherished personal ideals. The story about Schultz’s father provides the foundation for great stock options and the benefits for all employees. When he tells the story about his father, about how he went on a vacation to Italy and got spellbound by the espresso bar culture, he taps into the audiences’ emotions as well as their minds.

The world’s greatest business communicators paint pictures by telling thought-provoking stories. They tend to paint a vivid picture of their vision to get people to buy in with their hearts. The 21st-century audience wants to see what you see, feel what you feel.

In order to influence others, you must stimulate devotion and enthusiasm. You could be a warm, passionate and an electrifying speaker, but you’re nothing if you cannot get your audience to care about your brand.

Some of the greatest business communicators have inspiring, vivid stories to tell that has something to do with their big mission. Take for example, Howard Schultz and his father’s injury, or Arnold Schwarzenegger and his journey to becoming a governor.

There is a story behind everything – your product, service, company, or cause. You just have to look for it.

Anna Domanska
Anna Domanska is an Industry Leaders Magazine author possessing wide-range of knowledge for Business News. She is an avid reader and writer of Business and CEO Magazines and a rigorous follower of Business Leaders.
« Small World: Google Opens A Restaurant But Only For 4 Days
Apple is killing iTunes Allowances for Kids by introducing Family Sharing »
Leave a Comment
Close

Aon Plc and Willis Towers Watson have agreed to sell $3.6 billion worth of assets to rival Arthur J. Gallagher & Co. in a bid to appease European competition regulators over th
11 hours ago