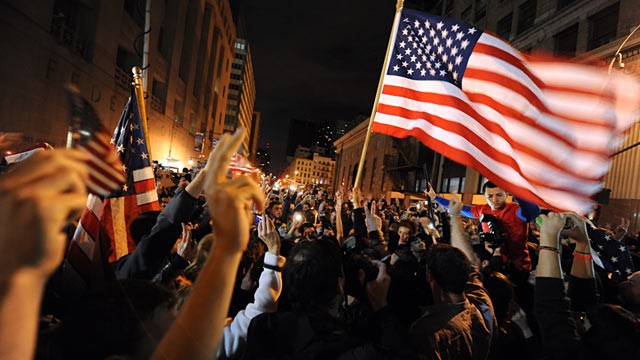 News regarding Osama Bin Laden’s death on the night of May 1st did two big things for the U.S: it gave closure to a number of families grieving since the 9/11 attacks, and a massive job-approval boost for U.S President Barack Obama.

But how is the world’s most wanted man’s death likely to affect the global economy?

There are many issues at hand here: the U.S federal debt issue and how this is being tackled (in terms of how this hugely significant incident will impact the reception of Obama’s financial proposals), U.S aid to Pakistan – which from 2001 until now, amounts to around $20billion, and global markets of course.

The general sentiment here is the same: that Bin Laden’s death is likely to promote a massive “feel-good” factor but is unlikely to affect markets very much at all.

According to a report by Fox Business Network, Berkshire Hathaway (BRKA) Chairman Warren Buffett said in an interview that though Bin Laden’s death is likely to dramatically affect the way in which American people view their current leaders, he had strong doubts about the death of the mastermind terrorist affecting global markets very much at all.

This was reflected in market reactions on Monday and Tuesday.

Following the news of Bin Laden’s death, Japan’s Nikkei 225 and the European exchanges were the first to react, with the Nikkei closing 1.6pc higher. And while the European stock exchanges rallied to start with, their rise came to a halt with low responsiveness from Wall Street.

According to Mike Ryan, chief investment strategist at UBS, “Initial market reaction to the news was positive… (but the rally slowed down sharply as) markets began to focus upon the prospects for a potential surge in terror attacks against Western targets in retaliation for the killing”. 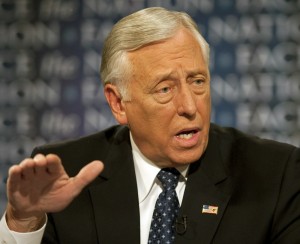 Osama was not found in home-country Afghanistan; instead, he was located and killed by U.S forcs in Abbotabad on the outskirts of Islamabad. This, when America has been giving billions of dollars in aid to Pakistan, like the $1.5 billion set aside by America for economic and military aid to Pakistan.

Pakistani cricketer-turned politician, Imran Khan, voiced his concern on this issue, echoing thoughts that must’ve raced through millions of people across the globe, when he said, “The big questions that everyone began asking, and for which no answers have been forthcoming, were: who allowed the Americans to come to Pakistan and carry out this attack? And whatever happened to the Pakistani Army and its intelligence?”

Pakistan Tehreek-e-Insaf (PTI) Chairman Imran, further said, “All this has led to other serious questions being raised in Pakistan. For instance, if the Pakistan government or the army had this intelligence, why did we not take out Bin Laden ourselves? Why did we have to rely on the Americans coming over from their airbases in Afghanistan?… There is no answer to these questions and this simply allows allegations from the West and from India to go unchallenged that Pakistan has been protecting Bin Laden and other terrorists; that Pakistan knew he was here and kept him safe”.

When Imran, of Pakistani origins, voiced these concerns, it is quite obvious that U.S lawmakers are likely to feel this sentiment just as strongly, and be concerned about the billions in aid that U.S gives to Pakistan each year.

Just last month, the spending bill approved by Congress set aside $800 million for counterinsurgency operations in Pakistan, according to a House Republican aide. Now, with Bin Laden being found by the U.S Navy Seals in Pakistan, that assigned money could face heavy scrutiny when lawmakers debate the next round of spending bills for 2012.

Suggesting that Congress might need to reconsider the billions in American aid the country receives, Hoyer voiced his strong concerns in no uncertain terms, saying that, “I think if there is not a strong response it will undermine the Congress’ willingness to pursue policies that are in assistance to Pakistan.”

However, speculation on whether U.S will continue providing aid to Pakistan was put to rest when U.S. State Department spokesman Mark Toner announced on Tuesday that America will continue its assistance to the South Asian state.

“This is assistance that is in both Pakistan’s long-term interests as well as the United States’ national interests and security interests,” Toner added further.

Will Obama’s job get easier?

While President Obama’s supporters have been making the most of Bin Laden being killed under Obama’s watch, repeatedly emphasising the President’s personal involvement in planning the ambush, there are strong doubts as to how long this “feel-good factor” will continue to win support for Obama from U.S citizens.

April having been a very troubled month for Obama, given the shutdown that almost happened and the impasse between U.S lawmakers that preceded it, the attack and killing of Bin Laden could not have come at a better time for the fraught  President.

Where America’s sovereign-debt is concerned, President Obama, in contrast with Britain’s David Cameron who has very obviously made dealing with the country’s deficit his top priority, has been unable to fully convince Americans about the way in which he plans to reduce U.S federal deficit.

For the first time since the Pearl Harbour attack 70 years ago, the rating on U.S economy’s outlook has been downgraded from “stable” to “negative”, with fuel prices, housing and employment, all having become very serious issues with the American citizens.

So, sure, the news of Bin Laden’s death has given Obama a definite popularity boost, but will that boost stay with you after the gasoline in your car runs out?