How the 3D Printed Aircraft Will Revolutionize Aircraft Design Economics.. 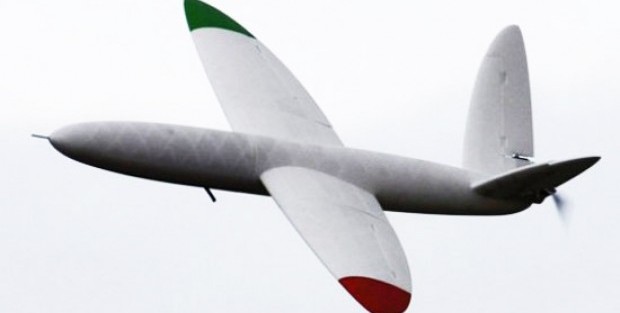 The 3D printing world has, in recent times, often focused specifically on 3D food printing, while 3D printing involving larger complex mechanical assemblies has been a much less talked about subject.

However, the world’s first 3D printed aircraft, designed and flown by engineers at the University of Southampton, promises to be a landmark development with the potential of revolutionizing the economics of aircraft design.

With its entire structure, including wings, integral control surfaces and access hatches all having been printed on an EOS EOSINT P730 nylon laser sintering machine, which fabricates plastic or metal objects, through a successive layering technique, the SULSA (Southampton University Laser Sintered Aircraft) plane has been designed to function as an unmanned air vehicle (UAV).

SULSA is part of the EPSRC-funded DECODE project, which is employing the use of leading edge manufacturing techniques, such as laser sintering, to demonstrate their use in the design of UAVs.

Professors Andy Keane and Jim Scanlan from the University’s Computational Engineering and Design Research group have been leading the team involved in designing the SULSA project, while  manufacturing and detailing the design, as well as supplying laser sintering knowledge and expertise, was undertaken by 3T RPD, a market leader in Rapid Product Development and 3D modelling.

This 3D printed plane was put together without using any fasteners, with all equipment being attached using ‘snap fit’ techniques. Implementing this technique makes it possible to assemble the entire aircraft in minutes without using any tools.

With a top speed of nearly 100 miles per hour, this electric-powered aircraft has a 2-metres wingspan, is equipped with an autopilot, and in cruise-mode, is said to be almost silent.

As a result, the technology enables a highly-tailored aircraft to be developed from concept to first flight within only as few days, as opposed to the few months it would take for this process to be carried out in full if conventional materials and manufacturing techniques are used.

An additional advantage is that since no tooling is required for the manufacturing process, the shape and scale of the aircraft can be changed quite radically at no extra cost.

“Another design benefit that laser sintering provides is the use of an elliptical wing planform. Aerodynamicists have, for decades, known that elliptical wings offer drag benefits. The Spitfire wing was recognised as an extremely efficient design but it was notoriously difficult and expensive to manufacture. Again laser sintering removes the manufacturing constraint associated with shape complexity and in the SULSA aircraft there is no cost penalty in using an elliptical shape,” adds Professor Keane.