Michele Clapton is a two time Emmy winner, one time BAFTA winner and four times Emmy nominated costume designer. It’s her leadership that made GOT costumes so iconic and memorable. Now that Game of Thrones has officially ended, we are taking a journey down memory lane by putting the iconic GOT costumes under a microscope.

The costumes worn by the main characters of GOT added an extra layer to the narrative. Each outfit was meticulously created to project a character’s identity, personality and position. Interestingly, a GOT character’s costume was a lot more than pieces of fabric sewn together. They were an embodiment of everything about the character’s past, present and future. The symbolism depicted in each costume is what made them iconic.

Consider Sansa’s character played by Sophie Turner.  She started her GOT journey as a naïve little girl, whose only ambition was to marry a king. We are informed in the initial episodes that Sansa loved embroidery. While other main characters of Winterfell were clad in furs, heavy coats, and a lot of black, Sansa’s costumes had color, embroidery and motifs. Probably that was her way to prepare herself for King’s Landing where the people wore more colorful outfits. Another prominent symbolism can be seen in the episode ‘Purple Wedding’ where Joffrey turns purple after being poisoned, the same color as Sansa’s outfit.

Fast-forwarding to when Sansa became the Lady of Winterfell. The little bird had turned into a fierce woman who took pride in her identity and heritage and she communicated that by including black and fur in her outfits. By the end of season seven and throughout season eight, Sansa’s leadership qualities become apparent. She wasn’t a fighter like Arya, she was the Lady of Winterfell. Her black ensemble which included leather straps instead of metal represented strength in femininity. 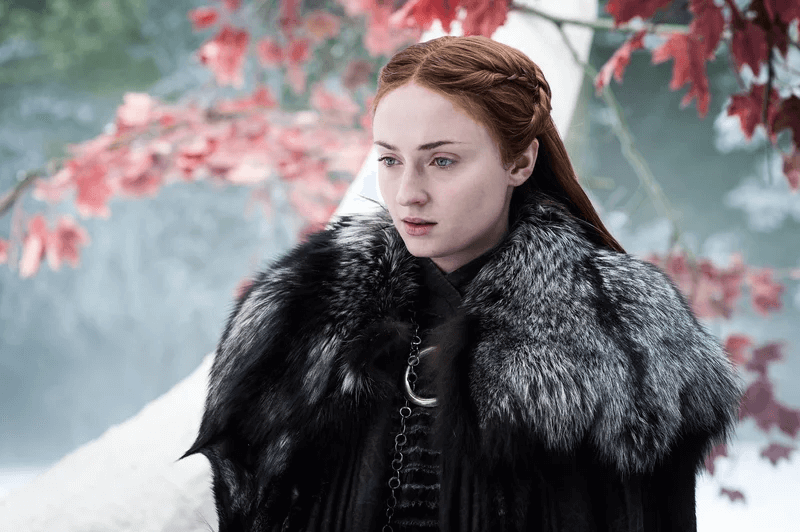 Such subtle symbolism was present in the hairstyles as well. Daenerys kept her long, silver hair loose in the initial episodes. As the narrative furthered, we saw that being replaced by more elaborate braids. This can be linked to a belief that was popular among the Dothrakis – the length of a Dothraki’s braid connoted power and victories. As Daenerys grew her army and conquered more territories, her braids got more elaborate.

Naturally, the costume department of GOT was huge. The department had embroiders, armorers, metal workers, leather workers, and a variety of other skilled artisans. Also included in the department was a breakdown team whose job was to destroy and repair costumes to make them look worn out and rugged. Such meticulous costumes required in-depth research. According to Michele Clapton’s blog, she conducted an extensive research on a number of tribes, civilizations and historic periods to make the GOT costumes more authentic. She incorporated animal skin, feathers, and bones to make the costumes realistic. In an interview Clapton mentioned that the bone armor worn by the Wildlings were made with bones sourced from eBay. USA Today reported that swords, shields and armors used in the show were sourced from Dehradun – a city in North India. 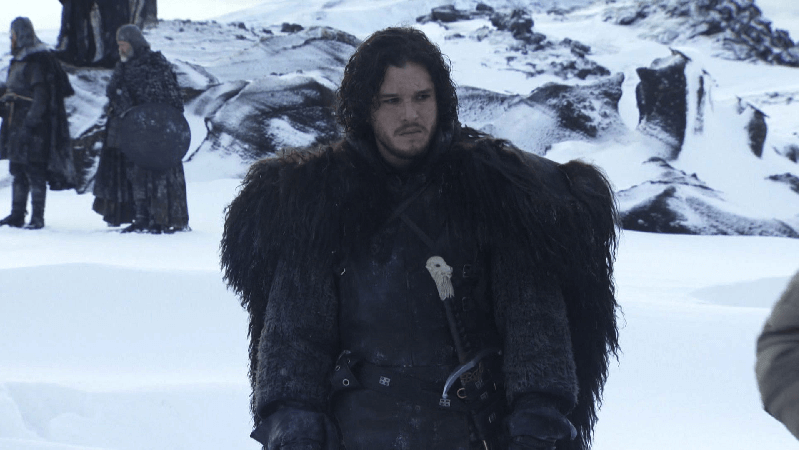 The rumor that Jon Snow’s fur coat was made from an IKEA rug was in fact, false. Michele Clapton revealed in an interview that it was Samwell Tarly’s cloak that was made from an IKEA rug. In the wake of the rumor, IKEA had also published instructions on how to turn an IKEA rug into Game of Thrones capes.   Jon Snow’s coat was a major statement piece whose presence and absence was always a deliberate occurrence. In an interview to Uproxx, Clapton said, “There are times when we removed it because we wanted him to be more vulnerable. Especially I think, when he saw Dany, and he went to see her for the first time in her chamber. We decided to remove it, but then when he went to see Cersei, we put it on.”

Christy Gren
Christy Gren is an Industry Specialist Reporter at Industry Leaders Magazine she enjoys writing about Unicorns, Silicon Valley, Startups, Business Leaders and Innovators. Her articles provide an insight about the Power Players in the field of Technology, Auto, Manufacturing, and F&B.
« Leadership Qualities of GOT Characters That We Can Adopt In Our Daily Life
Amazon Flight Tickets Booking Feature Launched in India »
Leave a Comment
Close