Jeff Bezos is an inspiration as a true business leader who works with caution and dedication.

The world’s richest man, Jeff Bezos, had a very challenging journey in his life. From changing places where his family lived to the different jobs he had taken, everything in the life of this man was full of obstacles but also full of opportunities.

Jeff Bezos is an example of a powerful business leader who does not take anything for granted and does everything with caution and dedication.

That is why he is the world’s richest man.

As of November 2021, Amazon CEO Jeff Bezos owns over $200 billion. This sum is gained thanks to the different ventures and businesses that exceed the limits and change our reality in many different ways.

Let’s see what makes him rich and how he gained the money that is hard to believe. 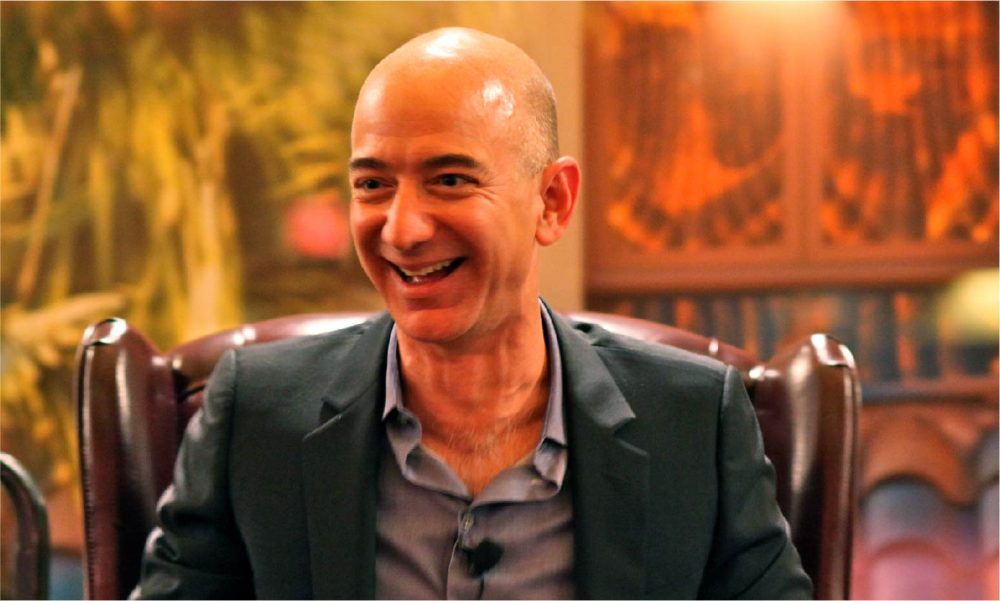 Bezos invests more than $1 billion of Amazon stocks each year to fund the projects of Blue Origin.

Long before Amazon, Jeff Bezos worked for different companies that were the starting point of his career. After graduating from Princeton University in 1986, Bezos worked at Fitel, which was a start-up related to international trade.

Later on, he moved to the banking industry and was a product manager at Bankers Trust. In the following years, he worked for a hedge fund and at the age of 30, he became D. E. Shaw’s fourth senior vice-president.

In 1993, Bezos wanted to build an online bookstore. That is why he founded Amazon in 1994. He saw big potential in this industry and he already had a vision of Amazon becoming the first online store that offers some great amenities.

Bezos invested the major part of his parents’ savings and he also gathered $1 million in seed funding. This was the initial investment in the company that would later become the number one e-commerce company in the world.

The Rise of Amazon & the World’s Richest Man

In May 1997, Amazon went public and solidified itself as a market leader. It had product offerings that could not be found anywhere else, which is why annual sales reached over $3 billion in 2001.

In 2013, Jeff Bezos revealed the improved Amazon web services in the form of Amazon Prime subscription businesses. There was also Amazon Prime Air, the service that would use drones for delivering the items to the customers.

In 2016, Bezos sold more than one million shares for over $600 million, which was the largest sum he had raised from selling any Amazon stock by that time. One year later, he employed more than 130,000 new employees for the new distribution centers.

With the progress of Alibaba in China, Bezos was looking for ways to reach the market in India. He dispatched the vice president to India to localize operations and improve the supply chains. It happened in March 2018.

However, he rebuilt his reputation in the recent year and continued to lead Amazon through the daily challenges.

Bezos has always shared his visions about space flights and space colonization. He founded the Blue Origin company in September 2000, and he wanted to establish the company as the leading spaceflight company on the market.

Jeff Bezos’ Blue Origin is funded by different sources, but some of the most significant sources of income come from selling Amazon stocks. Bezos invests more than $1 billion of Amazon stocks each year to fund the projects of Blue Origin.

Jeff Bezos continues to be a role model for many business persons and his investments are precisely selected to bring larger incomes. That is why he is the world’s richest man with the potential to enlarge his fortune in the following years.

Anna Domanska
Anna Domanska is an Industry Leaders Magazine author possessing wide-range of knowledge for Business News. She is an avid reader and writer of Business and CEO Magazines and a rigorous follower of Business Leaders.
« What Does it take to Be a Successful Entrepreneur?
Scooter Braun: An Entrepreneurial Success Story – Part I »
Leave a Comment
Close

Markets across the globe rush to safer havens as the resurgence of the Omicron variant spells fear of economic suffering due to potential lockdown orders.
19 mins ago