How Did Businesses Do From the Black Friday/Cyber Monday Craze? 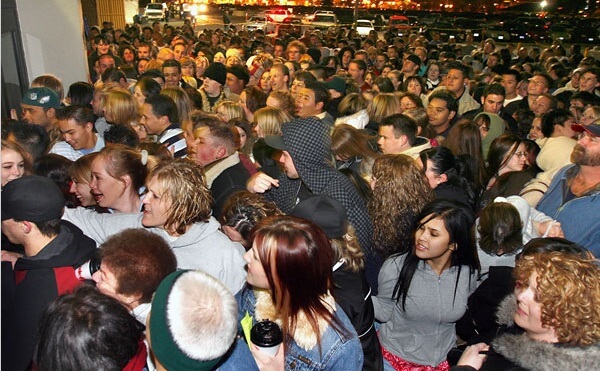 Black Friday and Cyber Monday (and probably Thanksgiving now) are three of the biggest shopping holidays of the year. In fact, Black Friday got its name from the fact that this one Friday brought many businesses out of the red and into the black. So, just how did businesses do this year at the start of the 2011 holiday shopping season?

Along with tablets, video game consoles were considered another top product for the weekend. The Annual Consumer Electronics Holiday Purchase Patterns Study from the Consumer Electronics Association showed that the average consumer will spend an all-time high of $246 on electronics gifts this year, up six percent from last year and representing one-third of all gift spending. Overall, Black Friday 2011 sales set records, pulling in $52.4 billion, according to figures from the National Retail Foundation.

Cyber Monday was only dubbed so six years ago, but Cyber Monday 2011 is expected to be the biggest yet. Consumers are expected to spend $1.2 million online on Cyber Monday alone, beating last year’s record of $1 billion. Part of the reason why Cyber Monday is huge for online sales is because consumers use the long weekend to browse products and deals, ultimately making their optimum purchases on Cyber Monday. Also, many consumers wait until the first business day after the holiday weekend to take advantage of the faster Internet connections at their workplace.

Amazon is expected to come out a big winner for Cyber Monday 2011, followed by Best Buy, Barnes & Noble, and Overstock.com. Cyber Monday 2011 is also more than purchasing on a computer, since the day has seen an increase in purchases from mobile phones and tablets, up seven percent from last year.

Although Black Friday has typically been associated with crazy deals and even crazier crowds, it was also found that online sales during Black Friday 2011 went up 26 percent from last year, with an estimated $816 million spent by Americans online during that one day alone. This jump in online spending was greater than 2010′s increase over 2009 spending. Last year’s online take of $648 million was only up nine percent over the previous year. Overall retail web traffic for Black Friday 2011 was up 35 percent. Besides the already-named winners of Apple and Amazon, Walmart, Best Buy, and Target also topped the list as the most popular online retailer website for Black Friday 2011.

“As long as there is a need, Petrobras will be [there] because of its efficiency and low carbon content,” Joaquim Silva e Luna, chief executive, Petrobras.
1 hour ago

More than half of the companies that raised more than $1 billion for initial public offerings are now trading way below their listing price.
2 hours ago