It’s one of the biggest, if not the biggest success stories around the world!

Bill Gates is one of the richest men in the world, and he’s been at the top of Forbes’ list for 27 years in a row.

But how did he get there? What was his success story?

Let’s take a look at how it all started.

It all started when Bill Gates was born in Seattle on October 28th, 1955, to William Hillary Gates II and Mary Maxwell Gates. He grew up with his two siblings; his elder sister, Kristianne Gates Blake, and his younger sister, Elizabeth Libby Gates.

Gates showed an interest in computer programming at an early age. In 1968, when he was 13 years old, he learned the BASIC program on a teletype terminal using punched cards that allowed him to create a game called tic-tac-toe.

He began teaching himself how to write programs on the systems he had access to by taking apart other programs and figuring out how they worked by studying their code patterns.

Where it all began

At the age of 17, Bill Gates was more determined to follow his passion for programming. He had a friend named Paul Allen who also shared similar interests with him. They both loved programming and were ready to chase their dreams.

They first founded Traf-O-Data. This company was built on an idea that would be familiar to anyone who has worked with computers: data processing. It specialized in delivering reports for traffic operations. 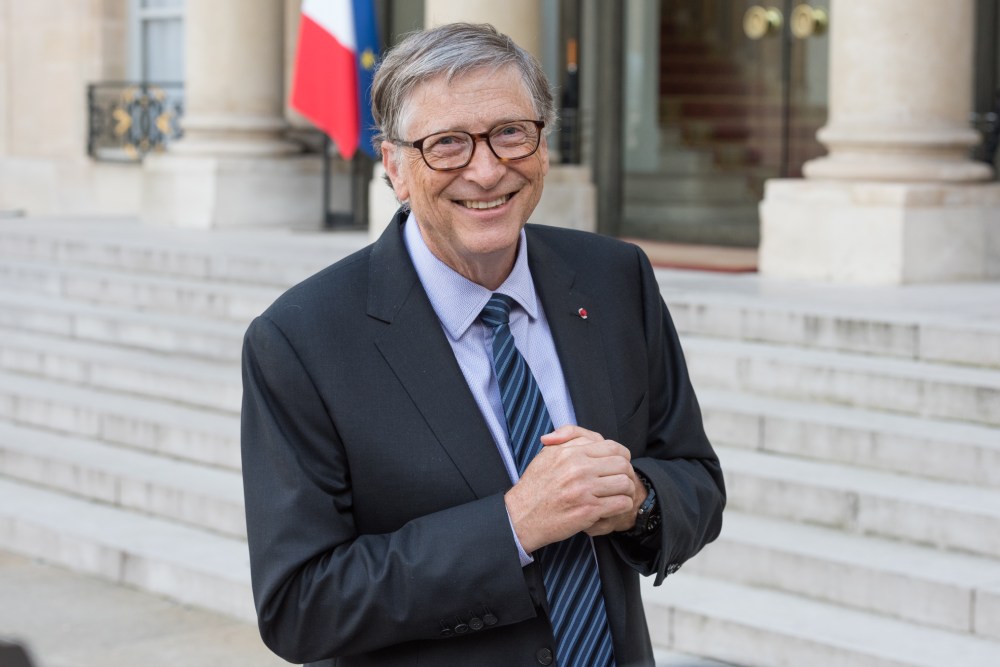 Bill Gates, a successful entrepreneur, was deeply driven by his passion for coding and programming.

In 1975, Bill Gates’ success story began. Bill and Paul both founded Micro-soft (which is currently known as Microsoft). Bill Gates was in school at that time but had to take a break in order to focus on his newly found career.

After dropping out of college, Gates and Allen started working on their first big project: The Altair 8800 Computer. They formed Micro-soft (later shortened to Microsoft).

Gates was 21 years old when Microsoft launched its first product, Altair BASIC, a programming language for the new Intel microprocessor that would allow customers to create software for their computers.

However, MS-DOS was a breakthrough for Microsoft. With the development of more products, Microsoft became the largest global distributor of operating systems. Their passion and determination for programming came in handy.

What a huge success!

Bill Gates is the 4th richest person in the world, with a net worth of $133.8 billion in 2022. He has also resigned from his position as the Chief Executive Officer of Microsoft.

Bill Gates’ success led him to donate his money to his philanthropic goals. He opened a foundation with his ex-wife, Melinda French Gates. It is widely known as the Bill and Melinda Gates Foundation.

They aim to contribute to making the lives of less fortunate individuals better by bridging the gap between healthy and unhealthy people.

Lessons to learn from the success of Bill Gates

Bill Gates, a successful entrepreneur, was deeply driven by his passion for coding and programming.

He always practiced whatever he had learnt about it. He had a burning fire inside of him. He constantly found ways to learn by practicing on the few computers that he had access to.

He also worked hand in hand with his friend, Paul Allen, who shared the same passion. Their cooperation and team spirit were what led to the foundation of their company, Microsoft.

Bill Gates’ success wasn’t a one-day miracle. He had to work hard for what he wanted and dreamt about. It was a sketchy process, but it paid off in the end.

He never gave up on his company. Even when everything wasn’t going according to plan, he took a break from school and decided to focus and develop more products.

This has led Microsoft to where it is right now.

Bill Gates’ success story has inspired a lot of people to make do with the resources they have around them. A lot of innovators are now doing what they love to do best- creating!

It’s never too late to give that passion a chance. If Bill Gates could become rich at a young age, you can too!

Christy Gren
Christy Gren is an Industry Specialist Reporter at Industry Leaders Magazine she enjoys writing about Unicorns, Silicon Valley, Startups, Business Leaders and Innovators. Her articles provide an insight about the Power Players in the field of Technology, Auto, Manufacturing, and F&B.
« The Top Five Women Centric Documentaries on Netflix
Morgan Stanley Stock Recommendations: The Top 3 Stocks for a Get-Rich-Quick Scheme »
Leave a Comment
Close