The House of Cards That Nasty Gal Built

RIP Nasty Gal – the once, fast-growing $85 million online clothing brand that brought #GirlBoss Sophia Amoruso into the spotlight. In early February, British online fast-fashion retailer Boohoo swooped in to acquire the struggling brand in a bankruptcy sale. The acquisition was finalized earlier this week, a month after Boohoo’s initial request for the takeover.

As per the terms of the deal, Boohoo will now have access to Nasty Gal’s intellectual property and customer database. Additionally, it will continue to run the Los Angeles-based brand’s online store. The acquisition will support Boohoo’s international expansion plans and enhance its supply chain and distribution in the US. This takes us back to the question: where did Nasty Gal go wrong? 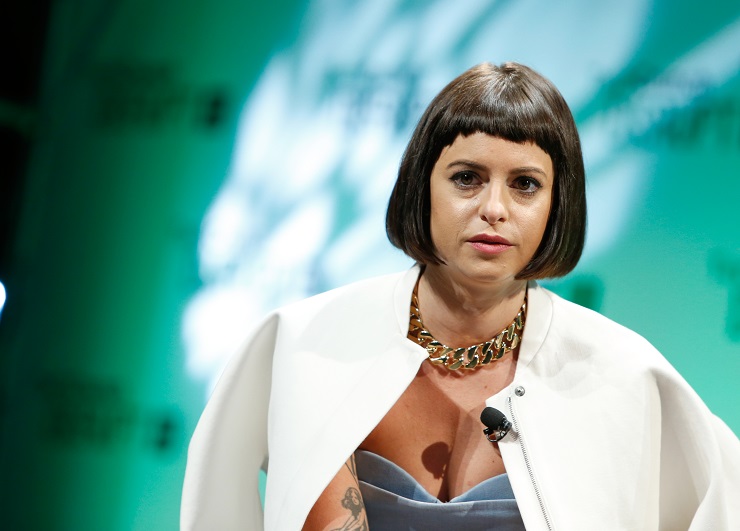 Since its launch in 2008, the vintage fast-fashion retailer became synonymous with pilferage for its stocking of knockoffs of indie designers’ creations and runway designs. They seemed to take it a bit too far from time to time with the blatant imitation of high fashion garments and accessories. It would sell cheap-dirt version on its site, taking a page from runway copies, instead of developing its own range of fast fashion.

Insiders suggested it was a marketing ploy to draw attention to the brand rip offs in a bid to boost sales. This obviously worked because plastered over garments and accessories were generally sold out within hours.

Chanel, Givenchy, Moschino, Pamela Love and even Hell Angels whacked Nasty Gal for infringing on their designs. It repeatedly failed the “conceptually separability” test, which led to the series of lawsuits that ultimately drained the company’s coffers.

While Amoruso drew in a whirlwind coverage surrounding her newfound wealth, she also didn’t enjoy what she was doing. With two books, including the 2014 bestseller #GirlBoss, a podcast and a TV show, Amoruso’s attention drifted away from the core business and the retailer found itself without a focused leader.

As Nasty Gal sales proceeded to decline, Amoruso formally separated from the company, promoting president Sheree Waterson to the role of the chief executive office. She opened up to Forbes about her decision. “I didn’t love having eight people reporting to me and asking me over and over if we’re hitting targets. I’m a creative. I’m a brand-builder. I’m a rainmaker. I’m a pretty good marketer, but that’s not something I want to do every day.”

Sophia Amoruso spent 10 years as the sole entrepreneur of what is now a multimillion-dollar company, putting together all the pieces to launch a hip, thriving company. After a certain period of time, she stopped enjoying what made her successful in the first place. An entrepreneur should be passionate about their business. Working with passion is more than just making money, it is about being fulfilled by the work they do.

The influx of funding led to unsustainable company spending to facilitate growth. From the $65 million it raised in funding between March 2012 and February 2015, a lion’s share was spent in opening two brick-and-mortar stores, a leased dedicated distribution center and a fortune on marketing. For a startup that didn’t have enough except venture funding, the fast fashion retailer sure did hire way too fast. When you start expanding too quickly, one problem is that you don’t see whether growth for profitability.

Nonetheless, Nasty Gal acquisition is going to prove to be a golden opportunity for Boohoo.com. The UK-based fast-fashion retailer has been trying to crack the U.S. market for years now. NG’s name recognition will help Boohoo effectively build a powerful brand and online community.

Anna Domanska
Anna Domanska is an Industry Leaders Magazine author possessing wide-range of knowledge for Business News. She is an avid reader and writer of Business and CEO Magazines and a rigorous follower of Business Leaders.
« Uber Secret Program accused of Deceiving Law Enforcement Officers
Get a Dose of the Luxury Electric Car Experience with the Bentley EXP12 »
Leave a Comment
Close