Hot & Fired. Being too sexy can be too much 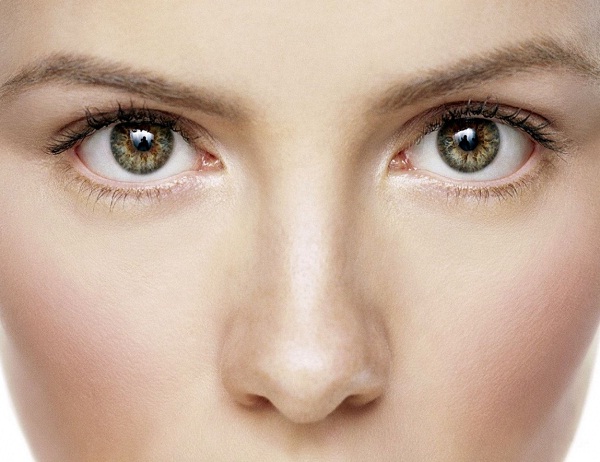 Being beautiful does not make life easier

Attractiveness makes people’s lives easier or at least some people think so. In fact, that opinion is widely sympathized. What is more, there is no denying that the opinion is true as a number of studies show that attractive people are perceived as more sociable, happier and even more successful than unattractive people.  Carl Senior and Michael J.R. Butler, who generally are engaged in research on  attractiveness and its consequences, once noted: “When someone is viewed as attractive, they are often assumed to have a number of positive social traits and greater intelligence.”

But the question remains: “Where does attractiveness make people’s life easier?” The answer is rather not surprising! In many aspects of life, from having an impact on one’s social life especially finding a life partner and friends, on marks got at school to job-related issues. As we want to focus only on the professional level, please let me cite a research conducted by Sweat and colleagues. The findings of research, during which they surveyed around 500 undergraduates students, show that physical attractiveness was viewed as important while having a job interview, getting a job, retaining the job and even being promoted – so at all career-related levels! The results of the Sweat’s survey do not differ much from other studies conducted by different university centers and researchers. What it is interesting is that attractiveness can also contribute to job security, according to the several surveys.

Simply, physical attractiveness can contribute to success in most aspects of life, including professional one.

One may think that attractiveness and sexiness is the same thing. Another may consider being sexy with overpowering strength, confidence and awareness of attractiveness. But sexiness also might be simply related to a way of dressing and make-up, not to mention other details. Or should we view sexiness as the mixture of all above?

No matter how you describe sexiness, being perceived sexy can make a person’s life more difficult in comparison to being perceived attractive. Even though the aforementioned statement might be regarded as a contradiction, the latest cases where employees have claimed that they were fired for being too sexy support the hypothesis.

Usually in those cases, namely, where a person is fired for being too sexy, the issue of dressing sexy comes out. A study, which was conducted by professor Peter Glick, shows that  dressing sexy might be the beginning of problems and can have a negative affects at workplace in particular on the higher positions. According to the findings of the survey, managers who dress sexy, or in a seductive way, are considered less intelligent and less skilled. In addition, women, who choose to wear sexy clothes, are perceived as ones that want to use their appearance and sexuality to advance professionally at the same time. Commenting on the results, Professor Peter Glick underlined: “Although various media directed toward women… encourage women to emphasize their sex appeal, our results suggest that women in high-status occupations may have to resist this siren call to obtain the respect of their co-workers.”

The whole story starts with Debrahlee Lorenzana or at least her scandalous case is thought to be the first one regarding being fired for being too hot. A former employee of the Citibank unit in Midtown claimed that she was fired for being shamefully too sexy. According to her, two managers regularly gave an opinion on her look, stating that she was too hot. The woman mulishly underlined that she used to put on “normal business clothing” when compared to her co-workers at the office who were not been subjects of any harassment.

Her attempts of being less sexy, including wearing no make-up, fell through. Not agreeing to play a victim any longer, Debrahlee Lorenzana decided to take some legal steps against her  former employer. In the lawsuit, she stated that her superiors firmly noted that “as a result of the shape of her figure, such clothes were purportedly ‘too distracting’ for her male colleagues and supervisors to bear.”

The terms of the amicable settlement were not made public, however, the case did not go Debrahlee Lorenzana’s way as a Citibank spokesperson highlighted that the company did not pay her anything after all.

The case of Debrahlee Lorenzana, which has  generated undeniably interest, shows that someone might be fired for being too sexy. What is interesting is that the case also shows that there are no typical sexual-harassment lawsuits! Undeniably, Debrahlee Lorenzana has given other people courage to say their stories!

It may come as no surprise that another New Yorker, Laura Odes, made an allegation that she lost her position for being too sexy as well. Furthermore, Laura Odes, who worked as a production assistant at Native Intimates owned by the Orthodox Jewish partners, underlined that she was sacked for being too hot not because of her professional performance, similar to Debrahlee Lorenzana.

According to her, bosses made inappropriate marks on her looks, including recommending tapping down her breasts. She firmly highlighted: “When I was first told that I was too hot and that my breasts were too large, I was shocked. I thought that I was dressed appropriately every day for my job as a production assistant.” As she tried to adjust to her employers’ demands, she used different kind of clothes, yet nothing was appropriate for them. She even decided to wear a bathrobe as it was recommended by them, yet she felt uncomfortable and her co-workers made fun of her. Breaking silence, she added:  “I felt ridiculous and extremely embarrassed, others in the office were laughing and asking why I was wearing it and I told them what I was told.”

Thus it pushed her to take action; she filed a federal complaint and filed a lawsuit alleging gender and religious discrimination.

But the fact is that one might be sacked also from the government-run firm as well. Amit Kajla is an example that the appearance can have a negative impact on work for public authorities as she was fired for being too sexy for her position, namely, prison officer.

At the workplace, she faced many improper suggestions and behaviors, from being told that “Miss, you look sexy” and being called “a stupid girl” to being chided for wearing heavy make-up.

She filed a lawsuit and she won.

The story of dental assistant Melissa Nelson is also very similar to the aforementioned ones as she lost her just because she was too sexy. And she decided to file a complaint. Yet she faced another failure as the lawsuit did not end successfully. What is interesting is the fact that the dental assistant was fired after 10 years of service as her employer found her alluring.

Interestingly, the Iowa Supreme Court found the dentist not guilty as he acted on the right side of the laws when he decided to terminate the “co-operation”. The court underlined that Melissa Nelson  did not loss her job because of her gender, but because she posed a threat to the marriage of her boss despite the fact that the two had never been intimate. Melissa Nelson found the ruling unjust, stating: “I think it is completely wrong. I think it is sending a message that men can do whatever they want in the work force.”

Being too sexy, too bad

Being attractive helps in many aspects of life, but being too sexy might be the beginning of problems. It is not easy to fight with all stereotypes revolving around the gender. Being too sexy makes a person’s professional life hard.

Yet there is certainly a difference between being too sexy and trying to be sexy. As for the first case, a person cannot do too much with it as it is simply perceived that way not because of her/ his clothing. As for the second case, trying to be too sexy makes a person look less professional.

All the above examples show that you can be fired for being too hot!