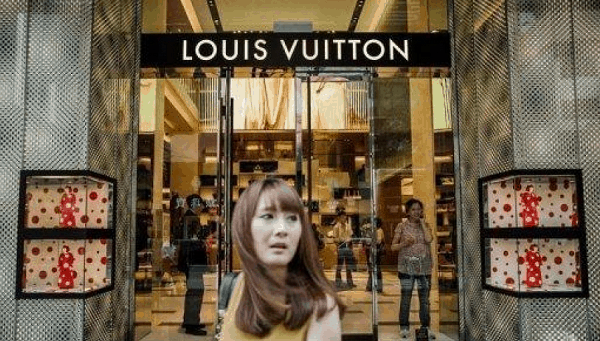 These year’s Golden Week sales have been turning into a big disappointment for Hong Kong and its retailers as they noticed a visible drop in spending by tourists from Mainland China especially on expensive items such as luxury jewelry and high-end fashion. The Golden Week national holiday began on the 30th of September and it lasts as many as 8 days. The Golden Week is both a holiday shopping and a tourists season for Chinese consumers. Yet this year’s holiday shopping season is not too profitable for Hong Kong as Chinese tourists try to cut their spending due to an economic slowdown in China.

According to data, overall tourist number from Mainland China has also decreased in the Golden Week, with arrivals down 6 percent on the first official day of the holiday. It has been a first decline in Mainland China tourism since the financial crisis in 2009. However the number of Chinese mainlanders grew approximately 6 percent to 412,501 in the first three days of October. However the council still expects to see a 20 percent yearly jump in mainland tourists visiting Hong Kong this year.

Yet Hong Kong was not only surprised by the recently seen trend in Mainland China tourism. The noticeable drop is also visible in purchase of luxury goods by mainland tourists. As it has been stated by Joseph Tung, executive director of the Travel Industry Council, the purchase of high-end goods during the Golden Week is expected to fall at least 10 percent from a year ago. And the decrease comes even as the number of Chinese tourists grows though.

Noticeably lower spending in Hong Kong affects consumer companies, including Burberry Group Plc or Hengdeli Holdings Ltd. and others that have decided to invest in stores. But weaker sales results caused by spending cuts by Chinese customers might also increase the possibility of recession in Hong Kong, where the economy saw a decrease of 0.1 percent in the second quarter from the previous three months on shrinking exports. Moreover the slowdown in spending by Chinese mainlanders was seen in the fourth quarter last year. The average Chinese mainlander’s expenditure of HK$5,000 ($645) to HK$6,000 is lower than last year’s average of approximately HK$7,000 to HK$8,000.

Carl Berrisford, an analyst with UBS, noted: “High-end shoppers are beginning to become price-sensitive.” Certainly both jewelry- and watch-store owners, who are the main beneficiaries of Chinese mainland tourism, have noticed that trend.

According to compiled data, last year’s Golden Week holiday as many as 770,000 Chinese tourists visited Hong Kong, accounting for approximately $10 billion to $13 billion in retail spending. These year’s results are expected to be much lower, in particular for luxury goods.

Retail sales in Hong Kong have been known for attracting many Chinese mainlanders mainly because of low taxes. Yet, due to the global financial crisis as well as the economic slowdown in China retail sales in Hong Kong are growing at a slower pace. According to released data, retail sales grew as much as 4.5 percent by value in the month of August, the figure was below analysts’ expectations of 5.8 percent. And according to Caroline Mak, chairman of the Hong Kong Retail Management Association, it is “highly likely” that Golden Week sales in the city could decrease as Chinese customers are waiting for sales in Europe as the euro dropped roughly 2.5 percent against the yuan in the twelve months.

Anna Domanska
Anna Domanska is an Industry Leaders Magazine author possessing wide-range of knowledge for Business News. She is an avid reader and writer of Business and CEO Magazines and a rigorous follower of Business Leaders.
« Marriott posts 3rd quarter profit of $143m
Profit of $7.3 billion posted in the third quarter by Samsung »
Leave a Comment
Close

A report by blockchain data platform Chainalysis reveals that nearly $14 billion in cryptocurrency were sent to illicit addresses in 2021.
6 hours ago

Musk had previously revealed that he hopes the company will be able to address a wide range of neurological problems – ranging from addiction to paralysis.
19 hours ago