Flow Hive was born from the frustration of harvesting honey and creating an invention that was gentler on the bees and easier on the beekeeper.

It was during a hot, sweaty harvest with sunburn and lots of bee stings that Cedar Anderson, a third-generation northern NSW beekeeper, realized there had to be a better way to harvest honey.

He and his father Stuart then spent 10 years tinkering with prototypes to invent Flow Hive, the beekeeper’s dream.

Where did the idea first come from? And what does it take to put together such an important social pursuit? 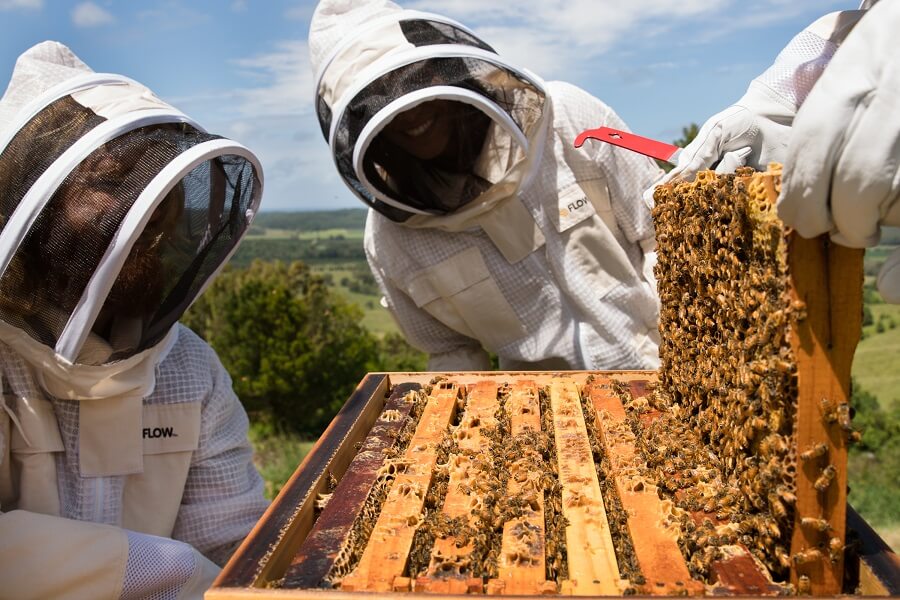 Industry Leaders: Flow Hive is said to be ‘the most significant innovation in beekeeping since 1852.’ How did you come up with the idea?

Cedar Anderson: It was a process of trying and failing. It took extreme amounts of perseverance and optimism to carry through from an idea into a disruptive technology that changes the world.

When the first jar of honey came out of a beehive and into the jar it worked perfectly. At this point, I was living in a shed with a baby on the way. I’d given up every other form of income and was completely relying on this invention to be successful.

My father didn’t have any money either, so we borrowed money from family members to build the first pre-production models, which needed $20,000 for injection moldings.

From here, we explored various paths to market and landed on crowdfunding. We didn’t have the funds and didn’t want to go down the venture capital path.

People have often asked, “Did you ever think of giving up?” The answer is no. I always thought I’d be able to find a way to achieve what we set out to do.

Since then, I’ve learned that business is a game of perseverance and problem-solving to overcome obstacles.

Many people thought that what we had invented wasn’t possible and wouldn’t work (it does). Many thought we’d never be able to start from scratch and make and deliver 25,000 hives in just eight months (we did).

We were running a 24/7 production line in Brisbane to make all the orders. But it wasn’t quick enough, so we put our inventing hats on to again.

Thirty percent more production was gained by placing the injecting molding machines inside big tents with industrial-sized dehumidifiers to stop the tools from sweating. The dehumidifiers cost $100,000, which was a big risk, but it paid off because we were able to produce more and able to meet the demands of the market.” 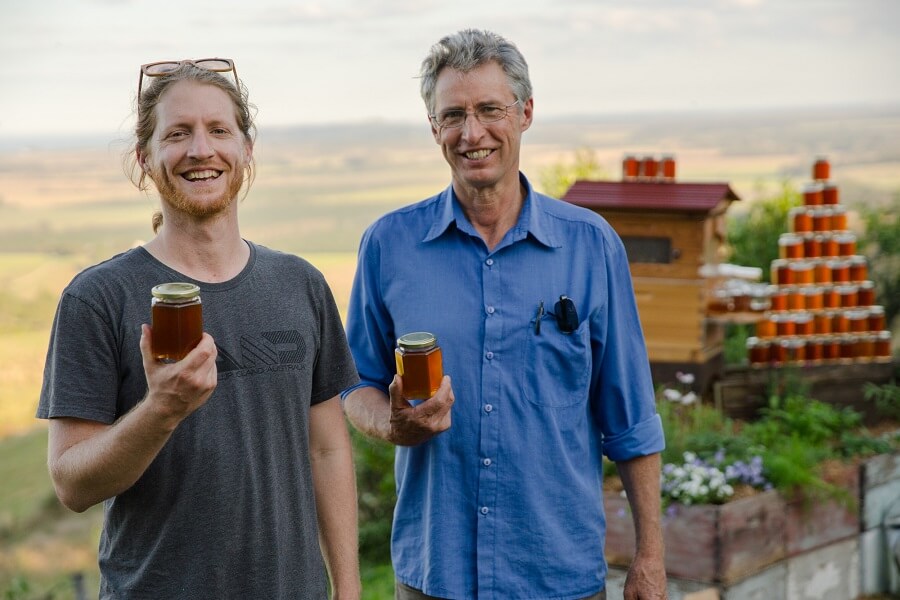 Industry Leaders: Tell us a bit about Flow Hive’s journey. How has it grown over the years, and what are some of the challenges you have faced while scaling up?

Cedar Anderson: Once the technology was patented, a crowdfunding campaign and video were launched on Indiegogo in February 2015.

What happened next was quite extraordinary. The $70,000 goal was reached in seven minutes. In two hours, it was the fastest crowdfunding campaign in the world to reach $1 million. In eight weeks, it reached US$12.2 million.

Thousands of hours went into everything from marketing, design, and manufacturing, to logistics and customer support decisions.

Next began the scramble to fulfill orders — before Christmas! Amazingly, Flow managed to deliver on their commitments only a few weeks behind schedule.

While leaping a succession of supply chain, manufacturing and logistics hurdles, the team developed its internal processes and moved toward being not only a manufacturer and marketer of the most significant beekeeping invention since 1852 but also as a prominent advocate for bees.

The intended audience was beekeepers, but the idea sparked the imagination and around 40 percent of the people who pledged to buy a Flow Hive had never kept bees before.

Fast-forward to 2019, and there are now 65,000 Flow Hives in use in more than 130 countries. Manufacturing and logistics processes have been optimized and the company now generally dispatches orders within 24 hours.

Cedar is now at the helm of a company that has matured into not only a successful Australian exporter but a prominent advocate for bees and the natural world. A global community of 100,000s of people has sprung up around the idea of being kinder to bees and taking better care of our local environment. 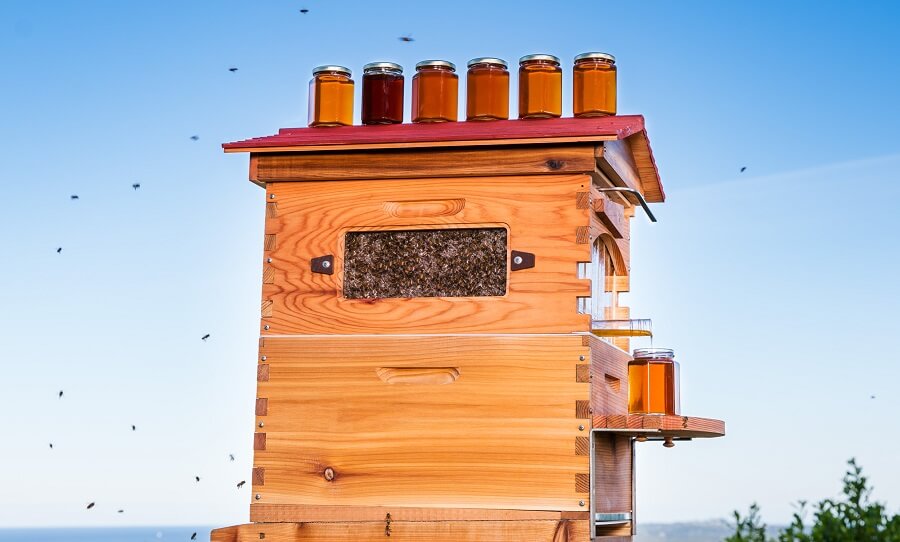 How do you see the beekeeping industry changing in the future?

Cedar Anderson: Flow Hive is a game-changer – it makes beekeeping so much more accessible and brought beekeeping out of the too-hard-basket and into backyards, rooftops, and balconies at an unprecedented scale. Suddenly anyone can reap the rewards of a restful and environmentally regenerative hobby in a way that was gentle on the bees and the beekeeper alike.

It became clear that the market didn’t want just the Flow technology so we made a beautiful item to go into the garden to house our technology and create a turnkey solution for our audience.

Having significant advantages of zero processing equipment needed and a lot of labor-saving, plus the unique observation windows, the Flow Hive far was deliberately priced higher than conventional beehive prices.

Industry Leaders: What could the government or society do to encourage more social entrepreneurship?

Cedar Anderson: The BeeInventive culture is inspired by bees and we endeavor to take a leaf (or petal) from their book – we call it The Flow On Effect! We strive to do business in a regenerative, ethical and sustainable manner and have joined the global movement of like-minded people using business as a force for good as a Certified B Corporation.

Flow is about more than just harvesting honey in a gentle way—it’s about creating community, educating people about the importance of bees, and empowering beekeepers both old and new to make a positive change to help protect these important little creatures.

Humans, honeybees and our agriculture have been in symbiosis for a long time now. Humans have brought the honeybee with them wherever they’ve traveled because there’s this amazing amount of pollination that the honeybee can do. A typical hive of say 50,000 bees can pollinate up to 50 million flowers a day. There is no other insect on the planet that can do this, and that’s why the honeybee is such an extraordinary insect when it comes to our pollination needs. It’s said that if the honeybees disappeared, we would lose a third of the food types on our shelves.

But if that happens, we’re in far more trouble than losing a third of our food types. Honeybees are in the spotlight because they are so important to our agricultural needs, but to me, they represent a bigger picture. A bigger picture of all of the species of pollinators, and there’s something like 20,000 different species of native bees in the world. Ten percent of these are already facing complete extinction. 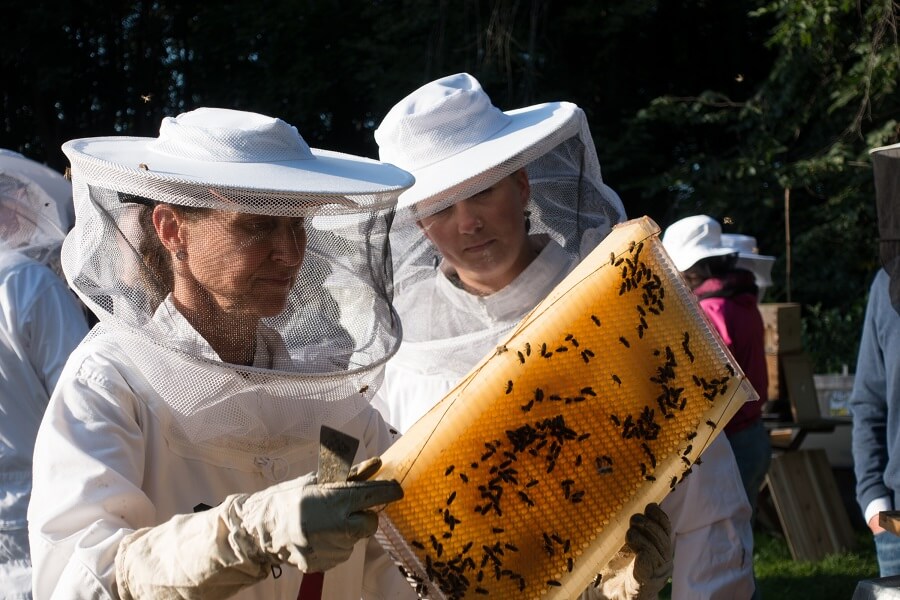 “So, the losses related to honeybees, or apis mellifera, is a bit like the canary in the coal mine. It’s pointing out when humans change almost every surface of the earth, drastic effects of this has drastic ramifications on our ecosystem and all of the species that need their habitat to survive. There are places in the world that are reporting 90% insect losses across the board. There are places in the world where honeybees cannot survive and now people are resorting to hand pollination, climbing up trees with feathers and pollen.

“We need to save the honeybees. Not for the selfish reason of having food types on our supermarket shelves, but because if we can’t provide a world where honeybees can survive, we are going to lose so many species and eventually find it hard to survive ourselves. Something like a billion liters of insecticide gets sprayed onto our home earth surface each year. We need to stop that. Our forests and wild spaces are still being cleared at unprecedented rates. We need to reverse this. We need to get out in the yard and create habitat for all of these species which are on the brink of extinction. All of these little pollinators. In doing so, we create stepping stones through the urban landscape and give some of these spaces a chance. We need to bring back the wild spaces. We need to re-wild our world.

The government can help by developing policies that remove barriers for start-ups while funding innovation hubs and enterprise centers and providing direct funding to social enterprise start-ups. Provide encouragement for innovation in renewable energy, environment, and social impact sectors.

Industry Leaders: What are your plans for the future, and where do you see Flow Hive in another 5-10 years?

Cedar Anderson: Beyond conventional harvesting, the next biggest frustrations for beekeepers are: brood box inspections to look after the bees; and finding out what you need to know as a new beekeeper.

In the domestic market, we will be addressing brood inspections with some innovative technology we are inventing, making it far easier to access the brood box.

Support for our new beekeepers is being addressed by a global launch of an education platform, which will include content from Cedar and his father and many other experts from around the world.

Most beehives exist in the world in the commercial sector, which we have only scratched the surface of. We’ve been sinking significant resources into developing a commercial offering that will be a real game-changer. We have already tested and built Flow Hives to operate on autopilot with load senses sensing the honey, and they’ll automatically harvest themselves.

We have developed the telemetry so they can be operated and monitored remotely, even if the hives aren’t in the cell phone signal area.

Automation of the hives and telemetry will give commercial beekeepers a real competitive advantage while saving a lot of costs on labor.