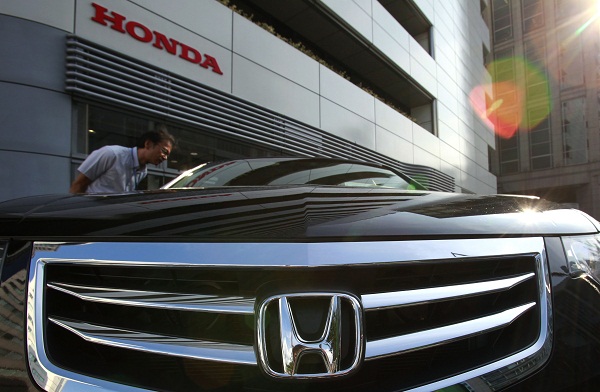 Honda Motor Co., Japan’s third biggest car maker, aims to double its global auto sale to at least 6 million vehicles over the next 5 years. Honda tries to bounce back from last year’s natural disasters and at the same time wants to catch up in the emerging markets such as China and India with cheap compact cars like Fit compact.

Honda Motor Co. has informed that it aims to sell at least 6 million vehicles by March 2017, up from 3.1 million last fiscal year. Takanobu Ito, Chief Executive Officer at Honda Motor Co., said that the company would introduce 10 new and refreshed models in China by 2016 and a diesel car in India in 2014. Takanobu Ito strongly believes that emerging markets, including China and India, will drive growth and therefore Honda Motor Co. is going to strengthen its position in that markets by launching cheaper models tailored specially for those regions.  Honda Motor Co.’s competitors such as Nissan Motor Co. and Toyota Motor Corp. also have been lately focusing on expanding their businesses in the emerging markets.

As it was stated by the company, the Fit subcompact and its series, and the small Brio will be main products offered in those regions. Takanobu Ito is convinced that the lineup will help Honda Motor Co. meet its aggressive sales goals in the year ending March 2017. He noted at the conference: “This is quite a big figure for us and there were debates over whether we should make it public, but unless we set a goal and work to figure out how we can achieve it, our business operations won’t be specific.” Yet Takanobu Ito believes that with Fit series as a core product of Honda Motor Co. in any region in the world and in particular in China and other emerging markets the company will accomplish its goals.  The Fits series has been produced in 12 countries, including Japan, China, India and Brazil. The new Fit series is said to go on sale in Japan in 2013 and it will be launched worldwide in the next two years.

The new beginning for Honda after the 2011 disaster

Honda Motor Co. has been recovering from last year’s natural disasters that destroyed supply chain both in Japan and Thailand. The company counts on emerging markets to boost its sales results. Moreover low priced compacts models such as the Fit, which is also known as Jazz in the couple of countries, might also support company’s sales in Japan itself.

Takanobu Ito also has informed that the model development would get quicker as Honda Motor Co.’s engineers from all regions are taking part in adapting designs so new models would meet customers’ needs in very each market.

To catch up with its competitors and demand Honda Motor Co. decided also to open new plants, which will produce the Fit and Fit series, in Mexico and Japan. The Yorii plant in Japan is to start work in July 2013, and the Mexican plant is due to start in spring 2014.

But Honda Motor Co. does not want to focus only on car production. The company, which is the world’s biggest motorcycle maker, aims to sell at least 25 million motorcycles worldwide in the year ending march 2017, up from 15 million it sold in the year ended March.