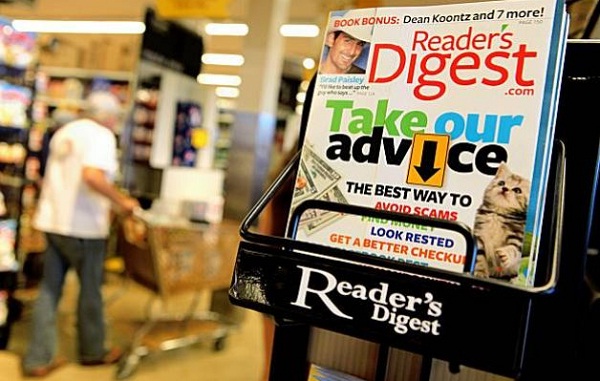 Reader's Digest and the second bankruptcy

In the darkness of the night on the 17th of February, RDA Holding Co., publisher of legendary Reader’s Digest, filed for Chapter 11 protection to cut as much as $465 million in debt. It is the second bankruptcy of the over 90-year-old magazine in nearly four years. The publisher of Reader’s Digest has informed that it will focus on electronic media as the shift from print to digital media is inevitable.

Not surprisingly, the company listed assets of slightly over $1 billion in Chapter 11 documents. The company wants as much as $465 million in debt to convert to equity which is in line with its restructuring strategy. Moreover, the legendary business has estimated that it will exit Chapter 11 with around $100 million in debt.

The new bankruptcy is a new beginning for legendary Reader’s Digest which has been trying to concentrate on the US market. Robert Guth, chief executive officer at Reader’s Digest, underlined: “We have had an ongoing process to simplify and rationalize our international business by licensing our local markets to third parties, to other publishers, to other investors,” adding that the main focus is to reduce debt. As of yet, the company publishes as many as 75 titles worldwide, together with 49 editions of the digest in more than 20 languages. Latest data showed that Reader’s Digest saw its revenue decrease 26 percent on year-on-year basis as fewer readers decided to its products. But the drop in revenue was also driven by slumps in crisis-hit Europe and Asia as well.

Legendary Reader’s Digest also aims to adapt to the new digital era. According to data, more than 450,000 downloads of its iPad app was registered by the company.

The Chapter 11 will allow Reader’s Digest to change its strategy and make it easier to focus on the North American business and electronic media. But if the company wants to be successful, it has to be more efficient when it comes to adapting to the new digital era. Reader’s Digest has underlined that it still believes in its success due to the ongoing operational transformation.