How Hint Water made Kara Goldin a Business Tycoon 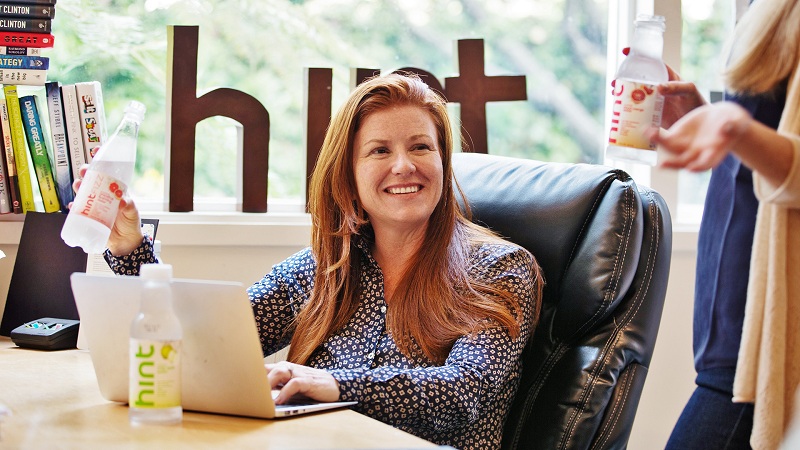 Almost a decade ago, Kara Goldin, a mother of three children with her fourth child on the way, wanted her family to eat healthier by consuming natural foods. She was so unhappy with the amounts of preservatives and sugar her drinks had, as she was habituated to drinking 10 to 12 cans of diet coke a day. She just cleared her entire fridge, throwing away all the processed food and sweetened beverages.

She started with drinking plain water to keep her body hydrated, but she found that water was pretty boring. Instead of going back to grabbing a can of diet coke, she found an alternative to it. She just filled a pitcher of water and threw some fresh blueberries, pomegranate, pineapple, and many other fruits in the picture. To her surprise, it tasted wonderful and her family started consuming it on a regular basis.

Unknowingly Kara Goldin was taking steps towards creating her company Hint, which produced sugar-free flavored water using skins and oils of fruits. Her company’s products contain 0 sugar, 0 preservatives, 0 diet sweeteners, 0 calories, 0 stevia, and 0 gmos. Anyone who is not fond of drinking plain water can consume Hint Water to improve their health. It is really helpful for someone who is currently addicted to drinking any kind of soda. (They won’t crave for soda, as this flavored-water will give them the feel of having a “treat”)

Products from Hint will not only give all the benefits of drinking water but will be also helpful for people who have diabetes or pre-diabetes. It will help flush out toxins from your body and also promotes weight-loss.

As parents of her children’s friends started asking her for the recipe of the flavored-water, she was convinced that it will make a great business. She then contacted her local Bay Area Whole Foods and started manufacturing Hint Water, which sold out really fast. She was flooded with more demand of this sugar-free flavored water.

After a decade, Kara Goldin has started distributing Hint Fizz and Water far beyond the San Francisco Whole Foods. Hint even started delivering its products to college campuses as well as to some of the Silicon Valley giants. A majority of Googlers consume almost 4 to 5 Hint drinks per day. Google’s initiative to replace sweetened beverages with Hint drinks was later followed by Facebook and Square.