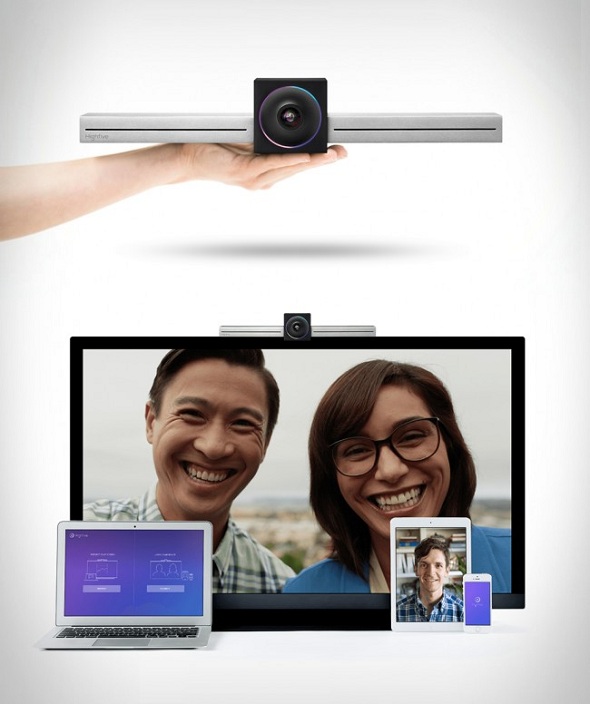 On Tuesday, a San Francisco based start-up called Highfive unveiled a product that can make teleconferencing much less painful and forever banish dial-in codes for boring group calls.

Businesses in need of affordable cloud-based video conferencing solution might be interested in the new starter company Highfive. The company intends to provide an affordable professional video conferencing solution accessible even for small to medium sized businesses, rather than using the already available budget service such as Skype and the likes.

The $799 device is equipped with 1080p HD video cameras together with a microphone with a 30-foot range smacked onto it along with a wireless chipset. A standard video conferencing solution can sometimes cost up to $20,000 for each installation.

Chief Executive of Highfive, Shan Sinha said that it would take no more than 2 minutes to connect to a TV. It’s designed to sit on a wall mount or on top of the TV.

Calls begin on a tablet or smartphone app and are then beamed onto a TV screen, while making use of the app as the Bluetooth remote. Users get a link to open the call in the Web browser or an app after downloading a plug-in.

“If someone else comes in and kicks you out of the conference room, no need to end the call and start over,” Sinha said. “With Highfive, you can just pull the call back to the phone and go into another room without interrupting the call.”

Currently, participants will be required to share the same corporate email domain. Additional features include audio-only and screen sharing and the communication will be encrypted.

The start-up video conferencing system needs no cables or remote controls and automatically recognises when a user is in the room and would like to begin a conference call to another group in a different room.

Sinha said it was a challenge worth going after because he saw at Google how video transforms a company. “People feel better connected and decisions are made faster,” he said.

Before the Highfive system will be officially launched, the development team is testing the system in 100 different locations and businesses including Shutterfly, Warby Parker, NxStage Medical, Mimeo.Tech Crunch and HotelTonight.

Later the startup plans to introduce a $10-per-month charge for companies with more than 10 participants in a call. The devices can be purchased on the Highfive website and are supposed to ship in four to six weeks.

Anna Domanska
Anna Domanska is an Industry Leaders Magazine author possessing wide-range of knowledge for Business News. She is an avid reader and writer of Business and CEO Magazines and a rigorous follower of Business Leaders.
« Phones to get ultrasound gesture control in first half of 2015
Avada Kedavra! AirSig technology that was created to kill text passwords »
Leave a Comment
Close