Who Are The Highest Earning YouTubers Of 2016?

You know there are YouTube’s biggest stars who are leading in their field and are earning tons of money through their unique talents. These digits only represent the amount that they make solely due to their video views. Also, the list displays the YouTubers who are leading in their field; they may or may not be the top ones on the list, but are among the highest earning YouTubers listed. 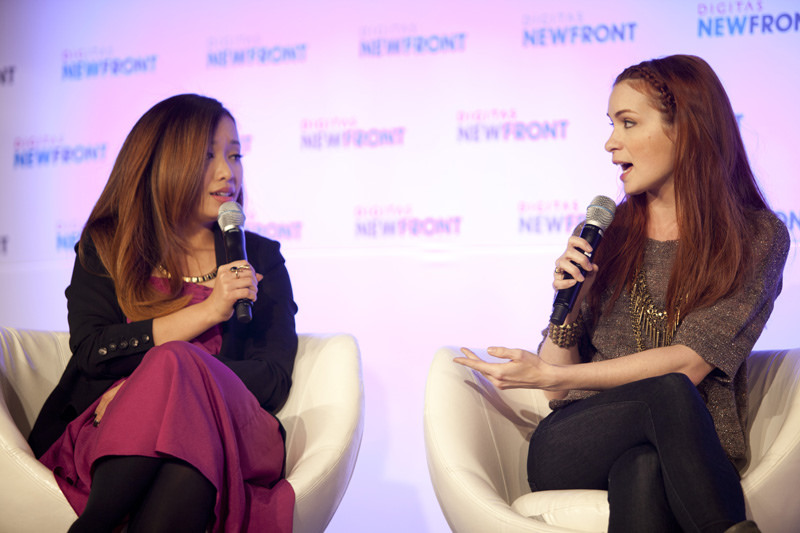 When you’ll ask an American teenager who is Felix Kjellberg, you’ll probably get a blank stare in response, but refer him with his YouTube alias PewDiePie and you will get to know a bulk of cool stuff.

PewDiePie is the highest paid YouTuber with more than 44 million subscribers, pulling in almost $12 million a year. His most funny video – A Funny Montage -has been viewed more than 70 million times. Advertisers are willing to pay a heck of a lot of money to make their products a part of his videos in which he plays video games and provides expletive-heavy commentary. Those millions of fans who are part of his “bro army” have helped him get a place in Time Magazine’s 100 Most Influential People, referring him as the “Pied Piper” of YouTube.

Comedians like Ian Hecox and Anthony Padilla, who are childhood best buddies, have turned laughs into some serious bucks through their sketch comedy.

The duo proves that comedy sells as they’re one of five in the top 10 who make people laugh for a living along with Fine Brothers, Rhett & Link, Lilly Singh a.k.a. SuperWoman, and Roman Atwood. They have inspired a lot of people to make parody videos of movies, video games, and most popular television shows, but none of them are as successful as them.

They have managed to earn more than $8.5 million in a year along with the movie deal for Smosh and a Nickelodeon show. The duo now runs 5 YouTube channels including ElSmosh (Smosh en Espanol).

Lindsey Stirling is the only YouTuber from top 10 who is linked to Music. She plays violin, then she dances, then she does them at the same time, which is pretty impressive. She presents various choreographed violin performances on her eponymous YouTube channel on a variety of music styles, starting from classical to pop and rock to electronic dance music. Her videos have brought a lot of fame to her; she even made appearance on America’s Got Talent. Her video “Crystallize” was the eighth-most watched video of 2012. Her unique talent has reached to millions of people and has earned her over 8.5 million a year.

She decided to upload her music videos on YouTube in 2007 after a leading record label declined to sign her. Now the same people are pleading to sign her, but it’s too late now. The dancing fiddler says “It’s a very loyal fan base that wants you to succeed because they found you. It wasn’t some huge radio station or major record label that shoved the art down someone’s throat.”

Michelle started posting tutorials on YouTube in 2007 after she received a great response on her personal blog. Today the YouTube Star has turned beauty and make-up into a blooming business, raising $100 million in funding Ipsy, her company that offers make-up delivery service.

Her videos including “How to get Lady Gaga’s Eyes” went viral as soon as they were featured on Buzzfeed. Lancôme made her their Vietnamese spokesperson and their official video make-up artist after she featured some of their products in her YouTube videos. Also, L’Oreal launched a new cosmetic line in 2013, which was called em by Michelle Phan that is dedicated to her mother.

Her talent and entrepreneurial skills have made her an ace player. She reinvests a major part of the money that she earns from her cosmetic line Ipsy, a monthly makeup-subscription service. She has transformed from ‘just a girl who loves makeup’ to ‘a brand of herself’.

The baking wizard Rosanna Pansino is making the world a better place, one cupcake at a time. This self-trained chef had a passion for baking since she was a little girl. She is the first chef to make nerdy-themed baking tutorials available to all the wannabe chefs and foodies by uploading it to her YouTube channel.

Starting from BB-8 cake pops to unicorn emoji cookies, Pansino has come up with quite interesting baking recipes for her YouTube fans, making her how-to series, Nerdy Nummies the most popular baking videos on YouTube.

The 30-year-old pro baker has managed to gain stardom with more than 6 million subscriptions on her YouTube channel and has earned more than $2.5 million a year. She also published her cookbook – The Nerdy Nummies Cookbook: Sweet Treats for the Geek in All of Us – in 2015, which includes a lot of new recipes along with some of the recipes that were featured in her Nerdy Nummies YouTube show.

Since the inception of YouTube when its first video was uploaded in 2005, which featured its co-founder Jawed Karim standing with some elephants, it has evolved into a multibillion-dollar video-sharing juggernaut. It has proved to be a medium that has helped some ordinary folks to gain stardom and riches that are beyond imagination.

What are you waiting for? Grab your camera and start making videos already!

Anna Domanska
Anna Domanska is an Industry Leaders Magazine author possessing wide-range of knowledge for Business News. She is an avid reader and writer of Business and CEO Magazines and a rigorous follower of Business Leaders.
« Robot Chef Flipping Pancakes at a Restaurant in Japan
Tesla Panasonic Collaborate To Manufacture Solar-Energy Components »
Leave a Comment
Close