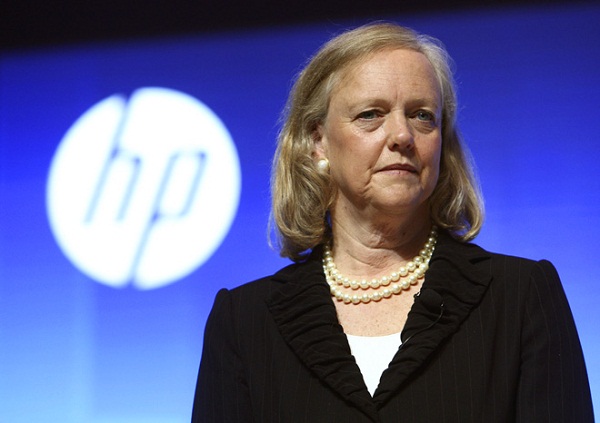 Therefore company decided to reduce its full-year earnings outlook, as it was stated above. The decision of reducing the forecast on Hewlett-Packard profit was driven by decrease in demand for personal computers as well as the sluggish economy in Europe and a slow growth in China.

The expected Hewlett-Packard profit, which is said to be below former estimates, has suffered from losing “share in all key enterprise segments”, according to Abhey Lamba, an analyst at Mizuho Securities USA Inc. in New York.

Hewlett Packard, which employs over 300,000 people, is currently undergoing a restructuring aimed at focusing on enterprise services. The scheme plans to downsize the workforce by 8 percent. It is said that by the end of this fiscal year the company will have reduced its staff.  According to Cathie Lesjak, Chief Financial Officer at Hewlett Packard, 11.500 workers will have lost their jobs by the end of fiscal 2012.

Hewlett Packard suffered under the rules of former Chief Executive Leo Apotheker’s. However the current CEO Meg Whitman has urged investor to once again trust the company and be patient as she tries to increase the company’s revenue and cut costs.

Meg Whitman, who took the CEO position in September, is currently struggling to transform Hewlett-Packard. Given that the company’s dominance in personal computers and printers matters less, the Meg Whitman’s plans are very ambitious and hard to achieve. However she acknowledged the fact that it might take years to create a growth of the company amid long-term drop.

Hewlett Packard plans to launch a tablet computer running Microsoft Windows 8 software to help revitalize the personal computer division. However the device will be targeting mainly businesses rather than individual consumers. But this is not the end of company’s plans regarding computer devices. Hewlett Packard puts lots of hopes in new lightweight, touch-screen-enabled laptops, which are called ultrabooks.  A few of ultrabooks have been on the market since  a couple of months; however the company plans a big push of them by the end of the year.

Meg Whitman sees the bright future ahead of Hewlett Packard, she said: “We’ve accomplished a number of things. The drama is way down. The leaks are down. We meant what we said and we said what we meant.”

After the deal is finalized, VMware shareholders will elect to receive either $142.50 in cash or 0.252 Broadcom stock for each VMware share. Under the deal, Broadcom will also take
1 hour ago

Sweeney adds, “The problem here is a classic monopoly tie. You start with hardware. Apple makes smartphones and they profit from their smartphones — and they deserve to. But th
5 hours ago

The New York Post reported that the Bolt layoff will see restructuring across US, Canada and Europe. They expect that roughly one-third of the entire workforce will be impacted by
5 hours ago

Two tweets were posted using NFT artist Beeple’s account. The first one promoted an exclusive collection with Louis Vuitton. The second tweet announced that Beeple would soon rel
23 hours ago