Hertz Global successfully emerges from bankruptcy protection but fails to reach the $29 a share offering price.

Hertz Global Holdings’ shares that listed on Nasdaq on Tuesday went down by 19.8% to $26.17 after the company opted for a Re-IPO, meaning it increased the size of its equity offering from 37.1 million to 44.52 million. Hertz offered shares at $29, which were previously in the range of $25 to $29 a share. The $29 was offered at a discount from the closing price of $32.62 on Monday.

Hertz’s brand ambassador Tom Brady, who is pushing the company’s image in ads with its much-touted purchase of 100,000 Tesla vehicles, tweeted “To the Mooooon” earlier this morning about the deal ahead of the Nasdaq listing. 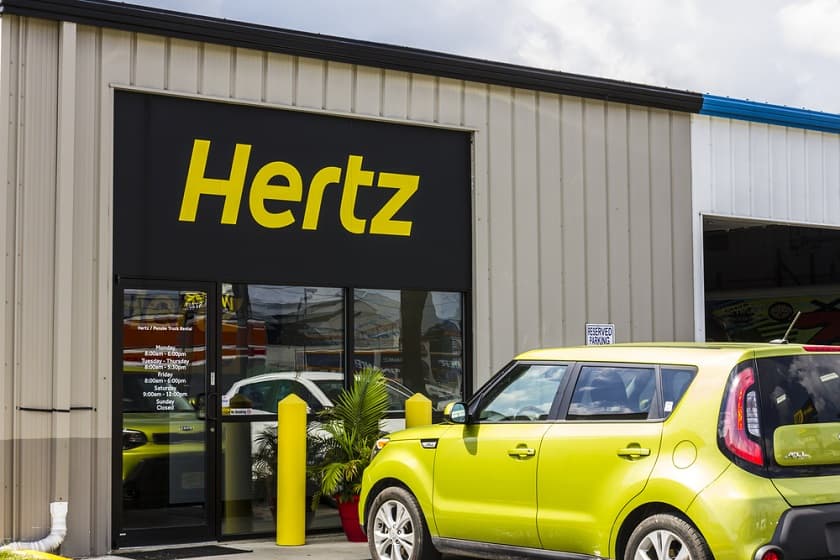 Hertz, the nation’s largest car rental company, had already furloughed or laid off 20,000 employees, or roughly 50 percent of its global workforce, in response to the coronavirus pandemic before filing for bankruptcy protection. |The COVID-19 pandemic was the final blow to the 118-year-old company that is struggling to overcome a decade of bad decisions, managerial instability and damaging market trends.

The rental-car company was delisted last year after the company that has been in existence for nearly 100 years declared bankruptcy.

But the rental car business has seen a turnaround with travel picking up and people preferring road travel post-Covid. The company’s shares are also a big attraction among investors looking to make a killing off a distressed firm’s turnaround. Hertz’s competitor Avis has also seen a pivot in fortunes with the US car rental market taking an upward tick after the Covid.

The third quarter results of Hertz posted $860 million of adjusted earnings before interest, taxes, depreciation, and amortization (Ebitda) while projecting $2 billion to $2.1 billion of Ebitda for 2021, against $649 million in 2019. On the other hand, Avis shares have risen 60% since the company’s third-quarter earnings report last week.

Hertz has announced that it will invest $4 billion to purchase 100,000 Tesla vehicles. The same will be then provided to Uber Technologies drivers.

Hertz said it expected delivery of the Tesla by year-end 2022, but Musk recently tweeted that the production schedule of Tesla’s is overburdened already.

But Hertz has reiterated that the deal is on. “As we announced last week, Hertz has made an initial order of 100,000 Tesla electric vehicles by the end of 2022 and is investing in new EV [electric vehicle] charging infrastructure across the company’s global operations,” the company said in an email statement to several news organizations including the Associated Press and Bloomberg. “Deliveries of the Teslas already have started, and consumer reaction to our commitment to lead in electrification has been beyond our expectations.”

Hertz also expects to repurchase about 10.3 million shares at an aggregate purchase price of $300 million, the company said. Hertz has some $1.2 billion of net cash on top of $7 billion of asset-backed securities, according to reports.

The Hertz-Tesla deal shows Hertz’s improving fortunes since it emerged from bankruptcy on June 30. The company now is valued at $13 billion.

Before the listing, only about 3% (14 million) of Hertz’s 473 million shares were available to trade publicly. These shares were issued to former Hertz shareholders as part of the bankruptcy restructuring package.

The rest of the shares were restricted under Securities and Exchange Commission rule 144 and were allowed to trade only among institutions on Wall Street.

Anna Domanska
Anna Domanska is an Industry Leaders Magazine author possessing wide-range of knowledge for Business News. She is an avid reader and writer of Business and CEO Magazines and a rigorous follower of Business Leaders.
« GE reports better than expected third quarter earnings amid three-way split news
Rivian IPO: At $78 a share the electric automaker zooms past GM, »
Leave a Comment
Close