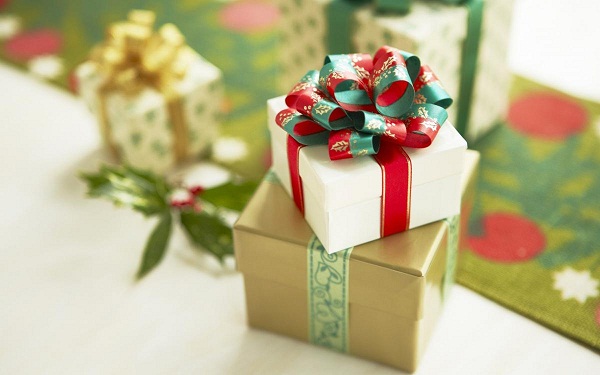 Christmas is closer everyday… Suspense is increasing as presents are being sent out. Without a doubt the holiday season, namely the holiday shopping season, is the busiest period for shipping companies and postal services all over the world. And with Christmas only 14 days away, shipping companies and post offices are madly busy with all those holiday packages and presents. These two weeks of the end of the holiday shopping season are going to be all about shipping and receiving.  Companies, which are struggling with millions of packages, mainly presents, destined for holiday trees, are much aware that the busiest season in the year is a chance to earn and deliver at the same time.

Santa Claus does not wear any more his red coat, he wears its postal or shipping company’s uniform. That is for sure.

The U.S. Postal Service and shipping companies are certainly going to see the craziest days ever as Christmas is approaching. According to estimates, the Postal Service is to deliver approximately 365 million packages during the holiday season, not to mention as many as 17 billion pieces of mail.

And it is not surprising that the U.S. Postal Service and shipping companies not only in the U.S. but also elsewhere are to see the increased interest in their services as more often people choose to avoid packed stores and just shop online.  But American customers can also avoid lines at the post office as well. American customers just need to pay for shipping, print it out and ask a carrier to pick up the package from wherever they want. Even though online shopping is getting more and more popular, it seems that American customers still prefer to send their own packages and presents by doing it the old-fashioned way. Maybe it is because people still love wrapping the gifts themselves, they want to feel what they have chosen for the beloved ones and just have a pleasure from sending presents out as all these activities bring them into the magical world of Christmas.

The U.S. companies are not the only ones that are gearing up for the holiday season and the seasonal delivery – frenzy. Shipping companies and Royal Mail are preparing as they anticipate this week to be one of the busiest in 2012.

And it is not surprising as about £5 billion worth online purchases are estimated to be made in the first two weeks of December alone. All shipping companies and Royal Mail just must deal with thousands of packages a day if they want to deliver. U.K. companies, like companies from the U.S., have to employ seasonal workers and decide even to use temporary facilities just to handle the all those gifts and packages during the holiday shopping season.

Certainly this holiday (shopping) season will be busy but also fruitful and profitable for postal services and shipping companies at least in the U.S. and the U.K. as well.

Anna Domanska
Anna Domanska is an Industry Leaders Magazine author possessing wide-range of knowledge for Business News. She is an avid reader and writer of Business and CEO Magazines and a rigorous follower of Business Leaders.
« Opel to shut down Bochum car plant in 2016
Quek offers $1.1bn for Guoco Group »
Leave a Comment
Close