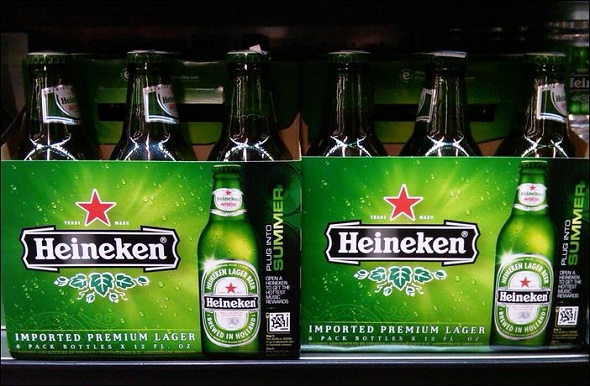 The financial particulars of the deal haven’t been disclosed yet, however, the agreement is pending regulatory approval and is expected to be finalized by the end of 2014.

Dutch Brewing Company, Heineken NV, which currently ranks as the third largest brewer in the world, revealed in an official announcement today that it has agreed to sell its packaging business in Mexico to Crown Holdings Inc.

The financial particulars of the deal haven’t been disclosed yet, however, the agreement is pending regulatory approval and is expected to be finalized by the end of 2014. It is roughly estimated to be about $1.23 billion in cash.

The sale of Empaque business will help allow Heineken NV focus entirely on its brewing business as well as financial flexibility. Heineken’s beer brands include Heineken, Amstel, Dos Equis and Sol. Heineken in a statement said: “Divesting the Empaque packaging operations will allow Heineken to focus its resources fully on brewing, marketing and selling its portfolio of beer brands.”

“We are confident that Empaque will flourish under its new ownership and we look forward to our ongoing partnership,” Jean-François van Boxmeer, the chairman and chief executive of Heineken, said in a statement.

In 2010 Heineken acquired Monterrey-based Mexican company Empaque, which produces metal beverage cans, aluminum closures and glass bottles. Empaque employs an estimated 1,500 employees at its various manufacturing units in Mexico. The division made annual revenue of roughly €495 million last year and will continue to remain as one of Heineken’s supplier to its Mexican subsidiary, Cuauhtémoc Moctezuma on completion of the deal. Heineken soar up with €300 million ($394 million) after taxes. Philadelphia-based Crown will turn into the second largest beverage can producer in North America once the deal is finalized by being able to produce about 20% of cans worldwide, which is equivalent to supplying 62 billion cans a year.