This may not be the best of times for the luxury retail market but grand old stores, such as Bloomingdale’s, Saks Fifth Avenue and Harrods are holding nothing back to offer customers what they call a “beyond-shopping” experience.

Shopping culture has long embraced a lot of changes. And this has disputed market tempo at various levels of department stores. You really do not need to visit any of these stores to understand how much trouble they are currently dealing with. To highlight a piece of the trending challenges is the fierce competition in online shopping, which ideally could be worst in Manhattan.

Grand old stores like Saks Fifth Avenue, Bergdorf Goodman and Barneys are currently disappointing and scoring market points from their past age, with their vast edifices standing as the only symbol of life. Macy’s, Kohl’s, Sears and JCPenny are not doing any better; boasting deplorable nicknames such as the walking dead. However, some department stores are in a deeper level of disappointment and more difficult to gulp down. But surviving is necessary; making sales is inevitable, as long as the stores want to remain in the market. And efforts that can only hold water is reinventing for the new times we are living in and to retain evolving strategies that would reflect customers’ habits and taste.

Anyone would be wrong to imagine that people are no longer appeased by lurid apparels, premium shoes or handbags, etc, and don’t spend as much as before. The new breeds of wealthy individuals obviously have a different spending or shopping culture, which can only be accessed referencing how their lives revolve. There’s so much spending going on and that can only be felt directly by those strategically positioned at the right channel of expenditure. Department stores must be on the track where the consumers have the utmost chances of meeting them, they should sell the things that today’s customers want to buy and recreate the value of their spaces accordingly.

Some of the high flying challenges facing department stores include retail price competition, where consumers are imagined to struggle with absorbing high retail price; communication, which modeled business size to play part in strangling some essential corporate procedures such as automation, reporting, scalability, and tracking; digital disruption, that demands data collection and analysis to develop strategic sales, marketing, operation and customer service; and sustainability, which advocates for transparency as ethical business practice. While these may represent a huge part of the problems on a large scale, they could also be toy challenges, considering unproductive efforts invested by mentioned department stores in response to them. Other major challenges have been identified by some successful experts striving in the same competitive market. 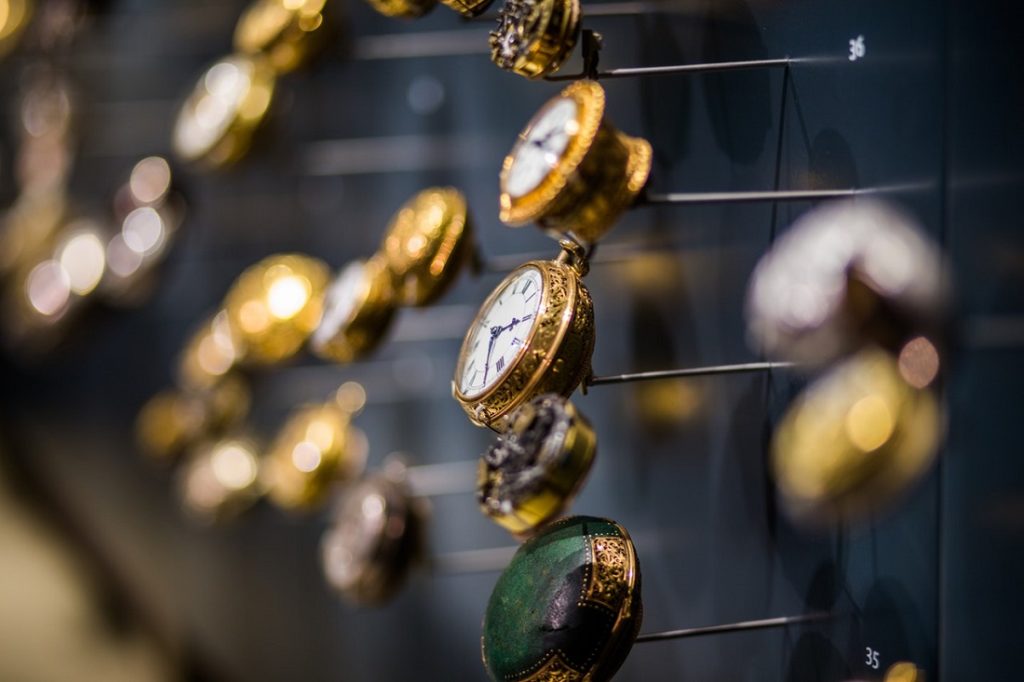 Bergdorf Goodman, Barneys, and Saks are all waiting on Manhattan’s ambitious 2024 Hudson Yards project to gravely expand their horizon and embark on more competition for customers’ wallet.

The desire to launch new clothing or accessories on prestigious occasions can no longer be cut short by funding, says the current market, mostly in the New York City. This disruptive trend was not available some decades back. It has seen some women raise more standard on how they spend and how easy it should be to have any type of clothing or accessory. In a whole year, a woman could spend just $2,000 to rent premium garments or pairs of shoes, a handbag or pieces of jewelry to attend dinners, weddings, etc. Meanwhile, those garments and accessories would worth over $50,000 lying in her wardrobe. That’s a lot of savings which would have added to the revenues of the dying stores.

THE AFTERMATH AND PRODUCT CHOICE

The availability of “Pre-loved” or second-hand clothing and accessories have encouraged more women to buy them. Customers are no longer bound to queuing up or observing any form of irritating protocol in buying these more affordable stocks. Luxury websites such as Therealreal.com have made them handy and competitive, in lieu of purchasing brand new ones. In addition, the lesser-known brands which are basically born online are scoping a considerable amount from the market. More than 200 of them are now available, with new ones coming up to close more breathing gap. Collective revenue from these businesses would be a significant drawback to the more established retail market.

Much of the challenges the stores in Manhattan are experiencing have also been modeled to be self-inflicted, which claimed the departments discourage their customers from paying the retail price in full by embarking on too many sales outlets while also getting their product choice wrong.

HOW DO STORIES REMAIN IN BUSINESS?

Manhattan is not referred to as the most competitive city for shopping in vain. Nordstrom in April opened a new branch to further add to the already existing pressure in The City, while Neiman Marcus is warming up to also open a new branch in the same city the following year, having rented a 10,092 square feet apartment at Fifth and Sixth avenues early last month. Bergdorf has also received a modern makeover to overcome the current challenges, drawing more attention to the long overdue question if these stores would have adequate shoppers to keep them all afloat in the nearest future.

Neiman Marcus which experienced a 2.9 % dip (from $5.1 billion to $4.95 billion) in the year to the end of July 2016 is deploying various technologies to bounce back from the plunge. Among its new innovations, the store customers can now have a 360o view of how chosen garments would look on them. The store has also included features that enable customers to explore stocks by uploading taken pictures of their choices. 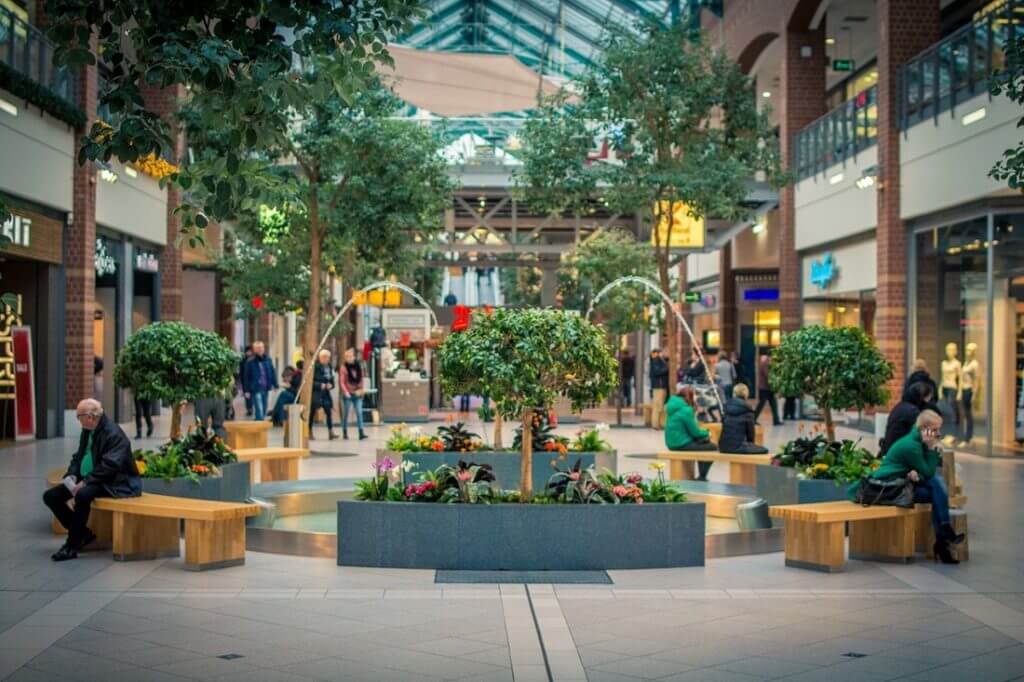 London Harrods which recorded profit increase of 40% in the January 2016 year ending made lots of efforts to accumulate such success.

Saks Fifth Avenue and Barneys have given themselves a chance to refresh their retail model by opening smaller stores with edgier and local focus in Manhattan. They both made these move after losing 2.8% January last year. With omnichannel service being mandatory now, Barneys has introduced Apply Pay for immediate checkout and its sales team now has access to a database with details of shoppers’ spending habits. Saks has introduced more flexibility in its transactions. Customers can buy products in New York and have it changed in Chicago. They can also buy a dress online and return it to a store. The store has also introduced dedicated lines that customers can call when they have an emergency such as ripped hem or broken zip.

Bergdorf Goodman, Barneys, and Saks are all waiting on Manhattan’s ambitious 2024 Hudson Yards project to gravely expand their horizon and embark on more competition for customers’ wallet as the stores are making superior forays to introduce restaurants featuring chefs from around the world. Nordstrom is also bringing in a luxury residential center being developed near Central Park South and it’s not arguable that the stores will raise their heads fiercely to win the largest retail chart. Smaller contemporary stores including Miami based fashion retailer, The Webster will be nagging in with their varied consumer experiences to further congest business fortunes for department stores in Manhattan.

STORES IN LONDON ARE EXPERIENCING CHALLENGES TOO

London Harrods which recorded profit increase of 40% in the January 2016 year ending made lots of efforts to accumulate such success. The department store company created a category in all sections and invested with so much clout. For instance, Harrods included top brands to all departments, luring people from different parts of the world. The company also opened a vast Wellness Clinic on its building when beauty and wellness started to steal huge part of their customers’ wallet.

The same approach of investing heavily in beauty and wellness was embarked on by Harvey Nichols based on the understanding that department stores require trending ways to keep their customers longer within their stores. Harvey’s revenue rose by 1% within 12 months of completing the Beauty Lounge which in addition offers vitamin and nutrient injects, cryotherapy, and LED facials. The Lounge also hosts many events weekly featuring make-up classes with popular names such as Laura Mercier and beauty experts like Charlotte Tilbury. In efforts to retain its customers through relationship, Harvey Nichols recently launched a loyalty app through which it offers customers personalized quarterly rewards which include special in-store experiences. 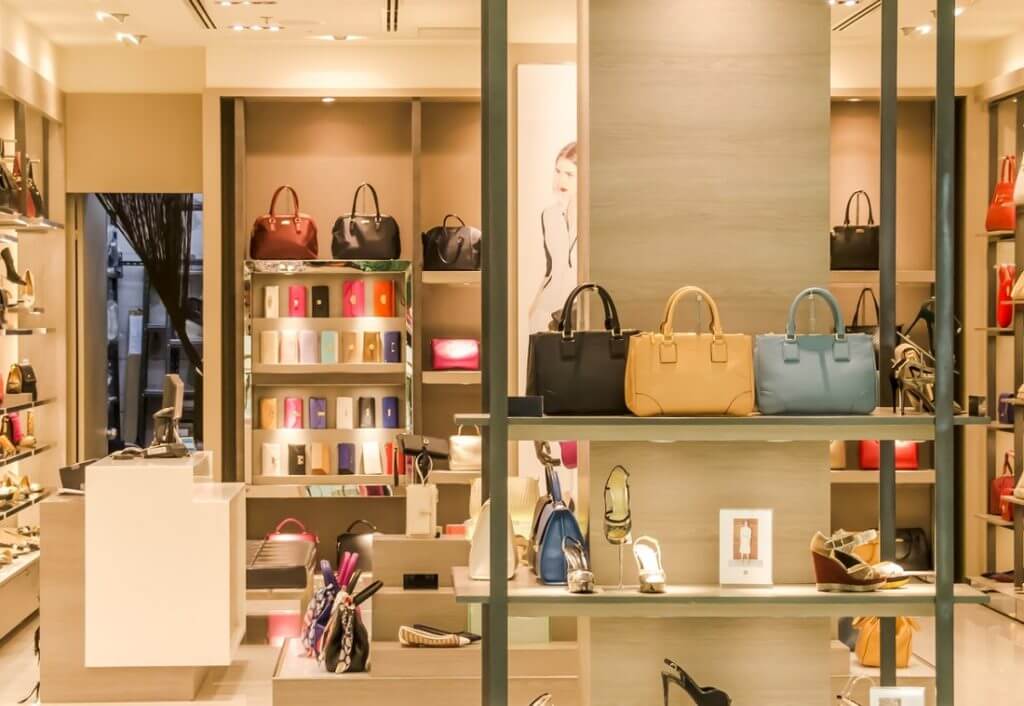 Saks Fifth Avenue and Barneys have given themselves a chance to refresh their retail model by opening smaller stores with edgier and local focus in Manhattan.

Harrods’ broad customer base approach is second to that of Selfridges. The department store offers a wider range of high-street brands than Harrods’s Knightsbridge store. Selfridges has also experienced a hard route that led to losses before implementing new measures such its “beyond-shopping” experiences to customers through its ongoing Project Ocean campaign. Launched in 2011, the Project Ocean which draws attention to the state of the oceans is presenting Selfridges as a retail activist.

The campaign discourages the inclusion of endangered fish species in foods and the store having banned that in its food department; also stopped the sales of one-time-use plastic water bottles, and as well as squalene-contained cosmetics, which is derived from shark oil. In its beyond-shopping projects, Selfridges was also the first department store to host cinema in its store where popular artists were staged. The store also has a Silence Room where customers go to enjoy tranquility with zero-noise. Its four stores recorded a 5% increase in revenue for the year ending January two years ago.

Liberty, which suffered many years of losses, is now capping yearly profiting by a two-digit percentage increase, though, the company’s buying director affirmed that the British department store is more focused on British customers. The company firmly believes that its success depends on the efforts to compel customers to visit the store. This they promote by offering products that customers are unable to shop online. And what could that be? It’s all about the story behind the products and its electricity, which the store derives from in-depth knowledge about what to offer. Their brands always have a real face backing it, products such as Surratt and Larkspur & Hawk. In addition, Liberty engages customers and fashion colleagues close to the store in improving their sewing skills. It recently introduced haberdashery department just for the sewing classes.

Department stores would have to concentrate on what appeal to today’s customers: experience, emotion, and environment in their efforts to regaining a pole position in the retail market. How do you host an important guest at home? The general idea is to focus on recognizing the customers as the guests while being the host. A focus on selling more stuff is a systematic approach of further blurring the screen between your retail store and the appropriate consumers. But a continuous exploration and implementation of attractive events or cultures for customers is a sure way to remain competitive in the vastly saturated market.

Anna Domanska
Anna Domanska is an Industry Leaders Magazine author possessing wide-range of knowledge for Business News. She is an avid reader and writer of Business and CEO Magazines and a rigorous follower of Business Leaders.
« Startup Yoshi will fill your car with gas anywhere it’s parked
Mercedes AMG GT R Roadster: Specs and release date »
Leave a Comment
Close