On Thursday, the legendary company Harley-Davidson rolled out its first electric motorcycle in its 111-year history, a slim, futuristic version that will be environmentally-friendly including a powerful-sounding engine.

President Matt Levatich said he expects the company known for its large touring bikes and iconic brand to become a leader in building technology and standards for electric vehicles.

The new motorcycle is called Project LiveWire, will not go into production. The company is organising a 30-city tour called the “Experience Tour” for several dozen riders to test the model for public reaction and introduce people to the idea of an electric Harley. Harley will then use the information it gathers to improve and fine tune the ride till it makes it to production. 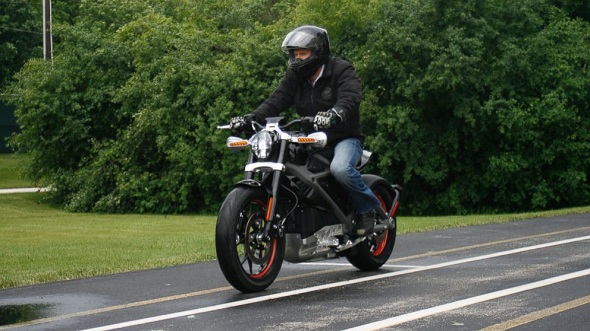 The LiveWire is a single-seater motorcycle and is highly compact in order to maintain the centre of gravity as low as possible. With no need to shift gears, the sleek, sporty bike can go from 0 to 60 mph in about 4 seconds. The bike’s engine is silent, and a hum similar to an airplane when it takes off comes from the meshing of gears and the engine is placed at the bottom of the bike. One impediment that Harley and others have to overcome is the limited range offered by electric motorcycles. The batteries must be recharged after every 130 miles and the process takes about 3.5-hours to charge it fully at 220v. The company plans to eventually establish docking stations across the country.

The LiveWire will kick off in New York City next week before continuing on a 30 city U.S. tour, followed by the Canadian and European markets who are scheduled to catch a first glimpse of the bike in 2015.

Harley-Davidson has been looking to diversify its market globally by reaching out to new audiences and bringing out new products. It recently introduced a line of low cost motorcycles, the Street 500 and the Street 750, which appease to new and old motorcyclists. It is still not known at this time when the new electric motorcycle will hit the markets, but the company says that it will take a few more years.

Anna Domanska
Anna Domanska is an Industry Leaders Magazine author possessing wide-range of knowledge for Business News. She is an avid reader and writer of Business and CEO Magazines and a rigorous follower of Business Leaders.
« Japanese Organic Cotton Battery to Revolutionize Electric Vehicles
HP wants to change the world of technology forever with this killer invention »
Leave a Comment
Close