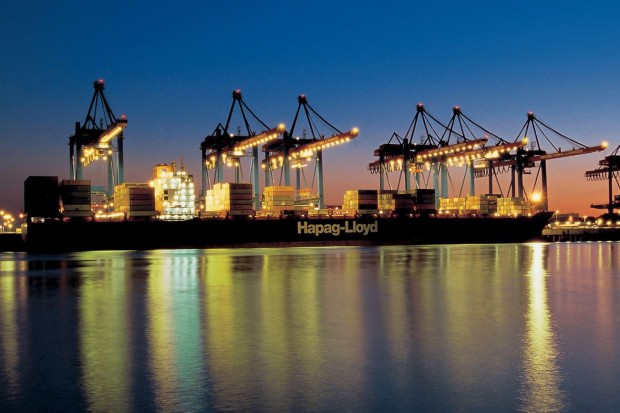 Success has a name

For over 160 years the services provided by Hapag-Lloyd have been a hallmark for successful international cooperation between many people and cultures. For a company operating worldwide, tolerance, liberal-mindedness and treating each other with respect are values Hapag-Lloyd takes for granted.

The Group aims to be among the industry’s innovation and quality leaders for reliability, customer orientation, efficiency, safety and environmental protection. To guarantee satisfaction for clients, they continually improve their processes as well as their cutting edge IT Systems. Hapag-Lloyd possesses superbly trained and highly motivated staff.

The Group traditionally attaches great importance to continuing staff education and training. Hapag-Lloyd is aware that worldwide transport of goods invariably has repercussions on the environment.
and the shipping line requires that these be reduced as far as possible while also conserving resources, making the environment and sustainability central to Hapag-Lloyd’s corporate philosophy. Thanks to their modern fleet and the high priority accorded environmental protection in everyday business, Hapag-Lloyd is among the pioneers of environment-conscious logistics services provision in the industry.

Companies invariably bear a responsibility to society generally. Hapag-Lloyd is committed to its Corporate Social Responsibility. Moreover, in 1997 the Group vested its charitable activities in Hapag-Lloyd Foundation that supports cultural, scientific and social projects. 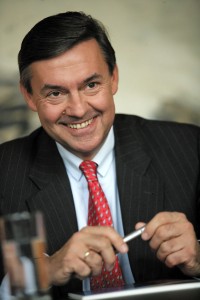 The Hapag-Lloyd Foundation was established in 1997 on Hapag-Lloyd’s 150th anniversary, aiming to become involved in culture, science and social affairs. The Foundation takes on social responsibility, above all at its head office location, Hamburg, seeing itself mainly as a partner for art and culture. Cultural diversity and vibrancy, indispensable for making a metropolis attractive, should not be underestimated as a location factor.

Consciousness of traditional values distinguishes Hapag-Lloyd Foundation, but so too does its interest in contemporary, unconventional and experimental forms of presentation. The Foundation’s activities are concentrated on the areas of theatre, ballet, music and museums. Furthermore, it develops projects of its own. Promoting budding talent is especially close to its heart.

How it all began… Merger of Hamburg-Hapag

Hapag-Lloyd AG was formed on September 1 1970 as a result of the merger of Hamburg-Amerikanische Packetfahrt-Actien-Gesellschaft (Hapag) and North German Lloyd (NDL). But the origins of these shipping lines go back much further: Hapag was founded in Hamburg in 1847 by local merchants and NDL in Bremen in 1857. The lines initially carried mainly European emigrants eager to start a new life in America.

The relationship between Hapag and NDL was for a long time something special; while they were competitors, from the 19th century onwards they both continuingly established joint ventures. Under Director-General Albert Ballin (1857-1918), who is also credited with having invented the cruise, Hapag rose to the top of the world’s shipping sector around the turn of the century in terms of tonnage, while NDL became the shipping line carrying the largest number of passengers. Ballin focused at an early stage on cargo transport in addition to carrying passengers.

World War I caused both the companies the loss of their fleets and worldwide liner networks. During the 1920s, however, by cooperating with international partners, both companies succeeded in rebuilding themselves very rapidly. After the strains of the world economic crisis had been endured, World War II once again led to the loss of ocean-going ships and market positions.
1950 onwards,  Hapag and North German Lloyd’s re-entry into liner shipping was very largely in the form of jointly operated services.

In 1970, Hapag and NDL decided to merge in response to the rapid growth of container transport that was compelling shipping lines to invest massively in new ships and containers. In 2005, Hapag-Lloyd acquired the British-Canadian container line CP Ships, thereby becoming one of the leading liner shipping companies of the world.

Anna Domanska
Anna Domanska is an Industry Leaders Magazine author possessing wide-range of knowledge for Business News. She is an avid reader and writer of Business and CEO Magazines and a rigorous follower of Business Leaders.
« Yale blow-molds the perfect marriage of Steel and Plastic
Generate clean energy by underwater kite turbines »
Leave a Comment
Close