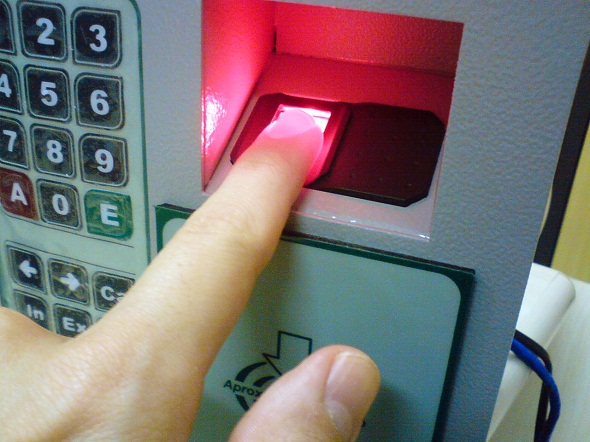 Previous hacks of fingerprint sensors have generally required either access to the finger.

Security has always been a huge deal for everybody around the world when it comes to keeping our personal information safe. In recent years, fingerprints are commonly used by most people to secure mobile devices and computers. Fingerprints are perfect because they are quite easy to enter and each has a unique set. However, hackers claim they can recreate someone’s fingerprints from hi-res photographs with fingers in the frame.

A member of Chaos Communications Congress (CCC), Europe’s largest hacker association, claims he can reproduce the fingerprints from a couple of photos that show the fingers.

At the 31st yearly Chaos Computer Club convention in Hamburg, Germany, Jan Krissler, also known by his alias Starbug, presented his findings. He duplicated a thumbprint and not just anyone’s. He copied the thumbprint of German Defense Minister Ursula von der Leyen.

Previous hacks of fingerprint sensors have generally required either access to the finger, or the ability to copy from a person who touched any object with a polished surface like a glass or a smartphone.

Krissler meanwhile explained how these biometrical attributes can be collected without having to first obtain the physical objects. Instead, he said fingerprints can be collected from people at public events by just using a standard photo camera.

Krissler said he used commercially available software called VeriFinger to the mix. The main source was a close-up image of von der Leyen’s thumb that was obtained during a news conference in October along with the pads of von der Leyen’s fingers showing at various angles, to cobble together an image of the complete print.

The demonstration provided evidence that even biometrics can be hacked and could be a potentially big blow to the use of fingerprints for security purposes. Nonetheless, this doesn’t mean that we should stop using them. After all, fingerprints are still more secure than passcodes.

Even if recreating a fingerprint was a feasible method for hacking into a system, be it a smartphone or a high-security vault, this news is no reason to stop using them. While 100 percent perfect security measures do not exist, fingerprints definitely still have their place. In many cases they can still be more secure than PIN codes and can always be used simultaneously with them or other types of passwords for multiple layers of security.

The news comes as major phone manufacturers from Apple to Samsung have added fingerprint scanners to their smartphones.

Christy Gren
Christy Gren is an Industry Specialist Reporter at Industry Leaders Magazine she enjoys writing about Unicorns, Silicon Valley, Startups, Business Leaders and Innovators. Her articles provide an insight about the Power Players in the field of Technology, Auto, Manufacturing, and F&B.
« Microsoft to replace Internet Explorer with a new web browser
US lifts 40-year ban on oil exports, agrees to light oil exports »
Leave a Comment
Close

A GPS navigation satellite built by Lockheed Martin is set to ride a reused SpaceX booster on a launch from Cape Canaveral, Florida, Thursday. It will be the first time a military
5 hours ago