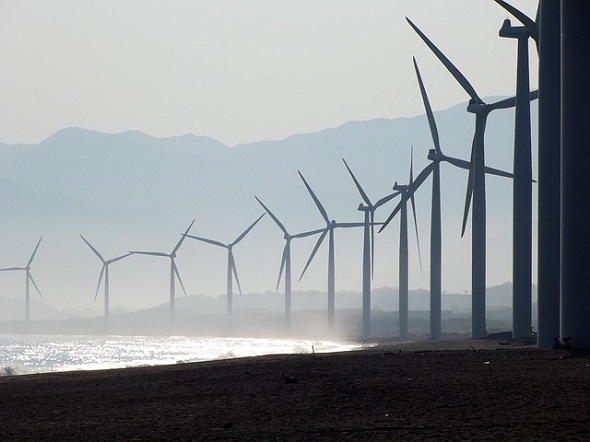 A new study shows that the growth of renewable energy has surpassed fossil fuels in the power sector a year ago, with a record 135GW of capacity, added from solar, hydropower, wind, and other renewable sources. That is more than the generating capacity of over all nuclear reactors in the US and marginally not exactly as of Germany’s installed capacity from all power sources. Today, Paris-based REN21 – nonprofit group that promotes renewable energy, released an annual report in Europe, underscored how China – the world’s top buyer of coal, has turned into a global pioneer in clean energy, too. The report also highlighted that while renewables now represent 28 per cent of the world’s power generating capacity; regardless they represent just a little share of how workers heat and cool building and fuel their means for transportation. Christine Lins, executive secretary of REN21, said that the share of renewables in the power sectors will keep on growing. The reports showed that as of now, mostly in emerging economies, the clean energy’s policy requires attention regarding the heating and cooling sector and transport. Renewable energy’s share in all types of utility consumption— at present, around 10 per cent, will need to increase vividly to satisfy the vision that President Barack Obama and other industry leaders of the Group of Seven wealthy economies endorsed a week ago. To beat climate change, they called for deep cuts in heat-trapping carbon emanations and everything except eliminating with them by the end of century. Meanwhile, global energy production must flow to meet the demands of emerging economies and growing world population. The fossil fuel industry and energy experts said that it cannot happen without fossil powers, even in the power segment, where coal remains on the top. Head of the World Coal Association, Benjamin Sporton said that renewables will grow; however that doesn’t mean coal won’t exist. He said that India is commissioning 20GW of coal-fired power generation each year, continuously. Supporters of renewable energy said that the world is already – decoupling carbon emissions from economic growth, pointing to preliminary data from the International Energy Agency (IEA) demonstrating that carbon emissions from the utility sector didn’t rise last year, despite of the fact that the global economy grew by 3 per cent. Recently, the IEA said that investments in renewables need to increase from $270 billion last year to $400 billion in 2030 to sustain a transition to a low-carbon economy. The head of IEA’s Renewable Energy Division – Paolo Frankl said that REN21’s figures matched research by his own agency by confirming a clear upward trend in renewable energy sources. The REN21 report said that renewables represented nearly 60 per cent of the global power capacity added in 2014. Wind report made the biggest hop among the renewables in 2014, with 51GW of new capacity, 50 per cent of it in China. Jake Schmidt of the Natural Resource Defense Council, a U.S. environmental advocacy group, said that this shows that nations are turning towards clean energy to meet their energy needs, instead of fossil fuels that are driving environmental change. Solar power also has expanded; however, from a low level; it represents just 1 per cent of worldwide power production. Geothermal power has added only 700MW of capacity, 50 per cent of it in Kenya. Other renewable sources, for example, ocean energy from tidal forces, are not yet having any significant impact. In heating and cooling of buildings and industry that represents about 50 per cent of global energy consumption, there was little transform from the prior year, with renewables accounting to around 8 per cent, mostly biomass. Lins said that in the transport division, dominated by oil-based fuels, the effect of renewables remained little despite of growth in bio-fuels. In road transport their share was just 3.5 per cent in 2014, up from 2 per cent in 2007. As fuel for jets, renewables are still in the experimental stage. The report said that at least 164 nations have set targets for renewable energy and around 145 had policies set up to support it. The authors called for governments to expand support for renewable energy, especially in the heating and cooling sectors.

Anna Domanska
Anna Domanska is an Industry Leaders Magazine author possessing wide-range of knowledge for Business News. She is an avid reader and writer of Business and CEO Magazines and a rigorous follower of Business Leaders.
« Brand Marketing is truly evolving in Latin America
South Korean auto brands are closing gaps with Japanese competitors »
Leave a Comment
Close

The big tech cloud-based software companies such as Zoom, Snowflake, Asana, Airbnb, Amazon, Salesforce and Palantir have all witnessed a rise in stock prices as work from home and
56 mins ago