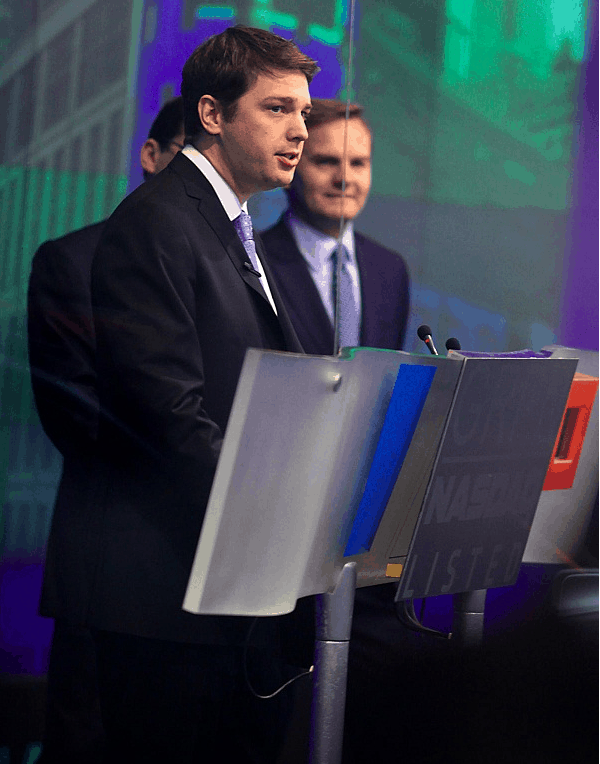 Andrew Mason, the founder of Groupon

Groupon Inc., online shopping giant, on Monday published its quarterly profit as its shares dropped by nearly 20 percent due to revenue miss and investors’ concern over growth in the next months. Groupon’s shares lost almost a fifth of their value because revenue missed estimates due to economic situation in Europe. Although the company’s second-quarter earnings doubled expectation, shareholders concentrated on revenue miss and punished the stock. Accordingly, Groupon reported a $28.4 million profit in the second-quarter and 4 cents per share.

Groupon, which is based in Chicago, reported a profit of $28.4 million on revenue that increased 45 percent to $568.3 million in the quarter ended June 30.  Analysts had estimated $575.3 million. However international revenue, which makes up more than half of the total, was hit by currency weakness and sluggish economy in Europe in general. According to Edward Woo, an analyst at Ascendiant Capital Markets LLC, the company may face problems while searching for a new source of growth. However Andrew Mason, a chief executive at Groupon, said: “We had a solid quarter despite challenges in Europe and continued investment in technology and infrastructure.”

Because of unsatisfied investors, Groupon shares dropped 20 percent on Monday, yet they regained some strength and in after-market trading on NASDAQ shares were down 19.74 percent to $6.06. Groupon’s stock market debut took place last November with starting price of $20 per share and peaked above $31 per share later. As publicly traded company Groupon is obliged to publish its earnings reports, which were issued for the first time in February. The first report showed that despite nearly tripling revenue the company failed to turn a profit.

The debut was said to be successful. However analysts were concerned whether investors had not overestimated the company. That was not the only surprise regarding Groupon. In addition, the company’s officials decided to turn down a Google’s takeover offer of $6 billion in 2011. The decision may be startling to common viewers, but since company’s founding in 2008 Groupon has been constantly growing at incredible rate. Yet the company’s officials have also been asked questions regarding company’s business and accounting methods.

Groupon earns its money by selling members discounted deals (known as Groupons) on services, activities, etc. and then it splits the revenue with business involved.  And as it was stated before, the international revenue makes up for more than half of the company’s revenue. Currently Groupon has to face a sluggish economic situation in Europe, which has an impact on financial shape of the company. According to data, European customers bought fewer deals (Groupons) of $100 and more in the second quarter.

Jason Child, the CFO at Groupon, admitted that the company had been facing challenges in Europe. He remarked that a strong dollar was to be blamed for the decline in the revenue as more than 50 percent of company’s business was located outside the U.S. In addition, Groupon’s top executives have admitted that international operations require a technology upgrade as well as other upkeeps.

Anna Domanska
Anna Domanska is an Industry Leaders Magazine author possessing wide-range of knowledge for Business News. She is an avid reader and writer of Business and CEO Magazines and a rigorous follower of Business Leaders.
« European downturn for Ford
Unexpected Rise in Inflation Affects UK »
Leave a Comment
Close