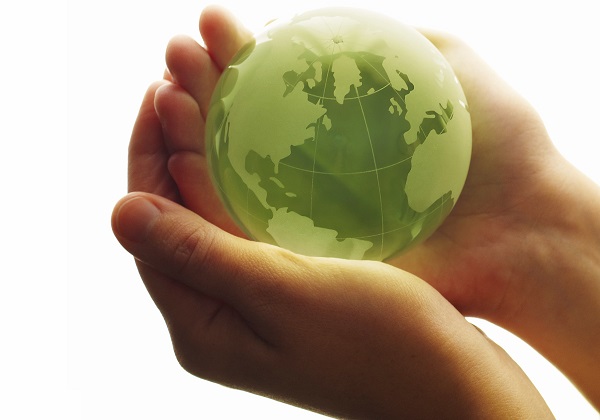 “Green is the prime color of the world, and that

from which its loveliness arises.”

The chase after greener and more balanced environment as well as operations of companies, cities and countries, has started relatively recently. Indeed, these days we can observe debilitating consequences of human activities which lead to a progressive change of the environment. Sounding the alarm has worked as more and more individuals, companies, cities and countries are aware of the necessity for change.

It may not come as a surprise that green initiatives are being launched. This is an ultimate sign of growing understanding and developing the sense of responsibility for the future of humankind and the Earth as in fact good planets are hard to find. Thus green initiatives, which focus on offsetting the Greenhouses gases emitted by various activities beginning with industrial production and ending with simply using deodorants, aim to make the world greener.

Indeed, green initiatives concentrate on using resources efficiently, supporting renewable energy, reforestation projects and other ecological programs.  It is not an exaggeration to say that sustainable cities and companies can make a difference. A healthy environment and improved quality of life can be achieved, it is just a question of the level of determination. Therefore green and sustainability initiatives are so important to us and the environment – they are just a necessity.

Being an environmentally-friendly and conscious company, city or country is important for the quality of life of the present and the future generations. There is no contradiction between growth and making a positive impact on the environment. Arnold Schwarzenegger once underlined: “The future is green energy, sustainability, renewable energy.”

However, some companies believe that the concepts of growth and eco-friendliness exclude each other; the fact is that to be successful in long term, businesses simply have to think about the environment.

Therefore green initiatives are not only beneficial for the environment but for the companies themselves as well. For several years, more companies have got involved in many actions in aid of the environment and it seems that businesses are more aware of the all environmental problems.

IBM and its BIG Green initiative

A not-so-long time ago, IT industry was overwhelmed by the idea of implementing any green initiative in the sector. However, the approach has changed significantly as companies such as Microsoft Corp., SAP AG, Google Inc. and others have been trying to define their own strategies for environmental sustainability and the so-called Green IT. Just few years ago in 2007, IBM Corp. decided to launch its Big Green initiative. As it was then underlined by the company, it decided to spend around $1 billion per year on this eco-friendly initiative.

According to plans of IBM Corp., there were two main goals:

• to reduce by staggering 40 percent energy consumption in the company’s data centers – and at the time it was a really ambitious target.

• to ensure that the company’s energy bills stayed at the more or less same level.

As any plan, also IBM Corp.’s Big Green initiative was modified after its introduction. Do not think that a change is something bad as it is not. Any change means that a person / company analyzes the situation and can adapt to changing conditions – it simply means the ability of learning. The focus of the IBM Green Initiative was significantly modified as the company tried to adapt to the new policy of the European Union.

Certainly, the introduction of its new green initiatives has encouraged also other software and hardware companies to implement their own green initiatives. Therefore the IBM Corp.’s Big Green initiative should be considered a breakthrough in the sector.

Certainly, you have heard about the Big Green initiative in California. Does it ring any bells? The Big Green initiative, or the environmental protection act of 1990, was idealistic in its proposals but it did not pass a string of hindrances. The ideas of the Big Green initiative were indeed laudable as they covered removal from the market more than 30 pesticides suspected of causing cancer or birth defects, reductions of emissions that contribute to the burning problem of global warming, etc.

While the ideas of the Big Green initiatives were arguably laudable, the proposition, which was backed by Assemblyman Tom Hayden (D-Santa Monica) and Atty. Gen. John K. Van de Kamp, faced severe criticism from the agriculture and timber industries. It was underlined that American farmers were dependent on pesticides and without them, crop production could slump by as much as 30 percent, according to estimates.

Although the Big Green initiative failed in California, it raised question about the environment issues and put them on display. While commenting on the initiative, Nancy Unger, assistant professor of history, environmental studies, and women’s and gender studies, underlined: “Environmentalists learned from Big Green. They learned that instead of having one big package of proposals, you have to pick a specific thing to go after and make it crystal clear.” Certainly, each failure leads to distant perfection.

We should remember about the Big Green initiative as these days ecologists and biologists note that the used pesticides are responsible for decreasing numbers of bees and their queens. The phenomenon in fact can lead to many serious problems faced not only by farmers but the whole humankind as well.

Carmakers as also much involved in ecological programs and it should therefore come as no surprise that iconic Ford Motor Co. is one of companies much appreciated for all of its implemented green initiatives. The US-based carmaker has started to pay more attention to sustainability and eco-friendly policies since the early 1990s. Ford Motor Co. has been introducing many green initiatives aimed at reducing the impact of its operations on the environment. To make a change, the company even established some targets regarding the usage of energy, water and Green House Gas emissions as well.

What’s more, Ford Motor Co. is very much engaged in development of environmentally-friendly vehicle technologies which are more and more popular with eco-cautious consumers. Not surprisingly, the US company puts focus on manufacturing, materials and facilities management as it aims to achieve desired sustainability.

Even though Ford Motor Co. is very much valued because of its commitment and devotion to green technologies aimed at improving fuel economy and reducing CO 2 emissions, the company still has to face severe criticism. Environmentalists note that Ford Motor Co. has not introduced all necessary measures to reduce carbon dioxide emissions from its operations.

But ecologists also accuse the US-based marker of backing from its ecological pledges and ideas. Ford Motor Co, however, does not agree with the aforementioned allegations.

Companies are more and more aware that being green is essential. Some introduce green initiatives in aid of making the environment cleaner, some do that just to look “green” in the eyes of their clients who are getting more eco-cautious.  It seems that even some companies are competing with each other when it comes to green policies and green products.

Even though green initiatives should come from the eco-awareness and the honest concerns over the future, some of them are simply aimed at winning new clients – but does it mean that they will not contribute to a small change? The thing is that “being green” cannot be only a marketing trick without any really initiatives being introduced as clients and ecologists will get to know about it. And deceiving customers and environmentalists is not a good idea.

Environmental issues are main concerns of the present times, but if companies are aware of that and their impact on the environment, they can, without a doubt, make a difference. and protect the green color.

The first thing on a road of making a difference is the way of thinking. One thing is, without a doubt, important that green initiatives can be beneficial not only for the environment, but for the companies as well. However, we should keep in mind words of Ian Somerhalder who stated that: “Lack of time and money create really bad green practices.”

Anna Domanska
Anna Domanska is an Industry Leaders Magazine author possessing wide-range of knowledge for Business News. She is an avid reader and writer of Business and CEO Magazines and a rigorous follower of Business Leaders.
« Dell Inc looks at privatization vs buy-out
Bring it up. Toronto welcomes business. »
Leave a Comment
Close