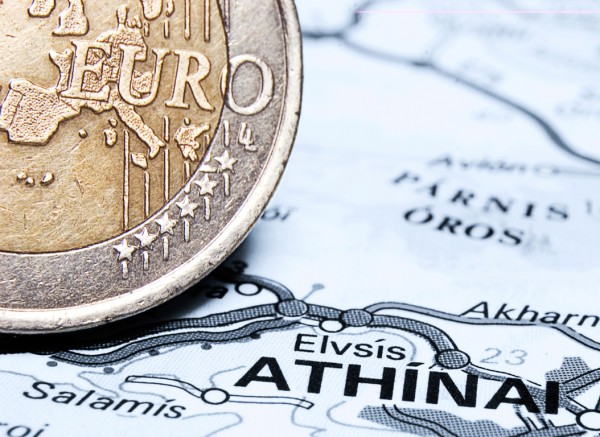 European leaders are in plans to forge ahead with crafting an enduring plan to tackle the problem of Greek debt. Greece and its private sector creditors are in talks over restructuring its debt, as government and banking negotiators attempt to reach an agreement that will lighten the Greek debt burden. But it seems like there are hurdles, in the way of these talks, over how large an interest rate the new bonds would pay.

The conclusion of the negotiations over the Greek debt talk remains uncertain. Business news state that in spite of considerable progress that has been made, Greece’s financial supporters, International Monetary Fund and Germany, have been firm in their assertion that the longer-term bonds that would replace the current securities must carry yields in the low 3 percent range.

Government negotiators and bankers expect that the deal would still be done; Greece and its private sector creditors seemed close to a deal, Friday, which would bring the succumb to below 4 percent. But the ongoing and enduring disagreement over the interest rate is a reminder of just how difficult and politically tricky it will be to reorganize and streamline the eurozone debt crisis.

The agreement to reduce the Greek debt load by writing down the value of Greek bonds owned by the private sector by 50 percent is the actual issue. Besides the write-down, the agreement is also expected to include a debt exchange for the Greek debt, in which investors would swap Greek bonds for new 30-year securities with an interest rate of about 4 percent. What is seen as a debt exchange, could actually upshot in real losses of up to 70 percent for the private sector. But it could also ease the burden on the Greek government as it struggles under a massive €350 billion pile of Greek debt and a deepening recession.

In an interview with an industrial magazine, Otto Dichtl, a London-based credit analyst at Knight Capital Europe Ltd., commented, “The situation gets worse as long as the problem isn’t fixed, because the longer it takes, the more demands the official sector makes, because the situation keeps worsening in Greece.”

The streamlining of the Greek debt’s private sector is a vital stipulation for the nation to receive additional bailout funds from the European Union and International Monetary Fund. Greece is currently facing a €14.5 billion bond payment in March that seems impossible to make without another insertion of emergency financing.

While the sums of such insurance appear relatively small, euro zone officials said, such a “credit event” could trigger a chain reaction of events that would entail rapid and large scale contagion in euro zone debt markets, and is thus best avoided.

After dealing with the Greek debt, European leaders plan to consider replacing Jose Manuel Gonzales Paramo, the European Central Bank Board member, whose term ends in May. As stated in a business magazine, the 17 European ministers will be joined by 10 ministers from the other European Union countries to complete a treaty setting up the euro zone’s permanent bailout fund. This bailout would consist of the 500 billion euro European Stability Mechanism (ESM).

All the 27 European leaders will also prepare the final sketch of another treaty that will look after sharply tightening fiscal discipline in the euro zone, called the fiscal compact that is designed to ensure another sovereign debt crisis does not happen in future. European leaders are in talks of signing off on both treaties on January 30, allowing the ESM to start operating from July.